Preparing for High-Altitude Travel: How to Deal with Altitude Sickness 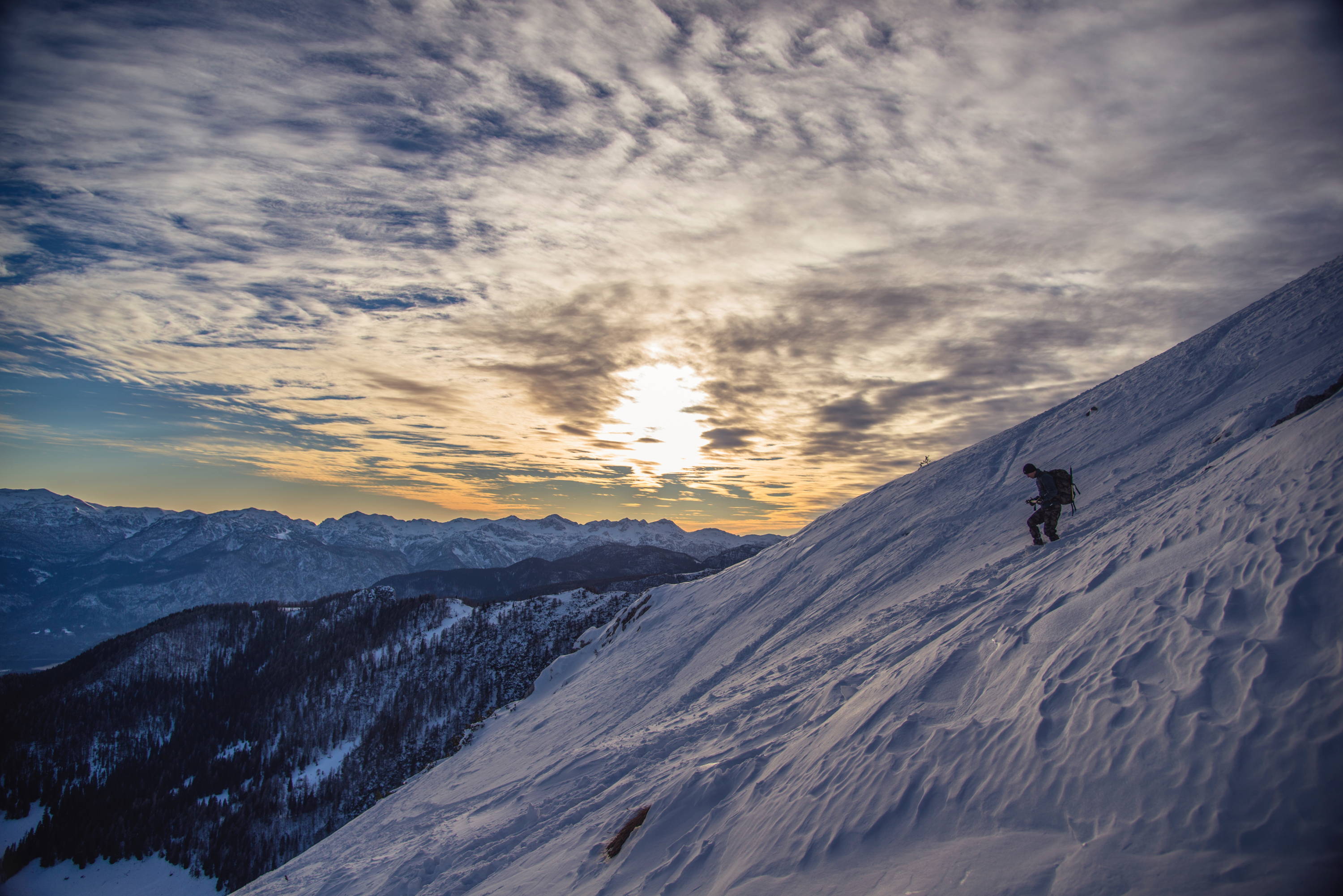 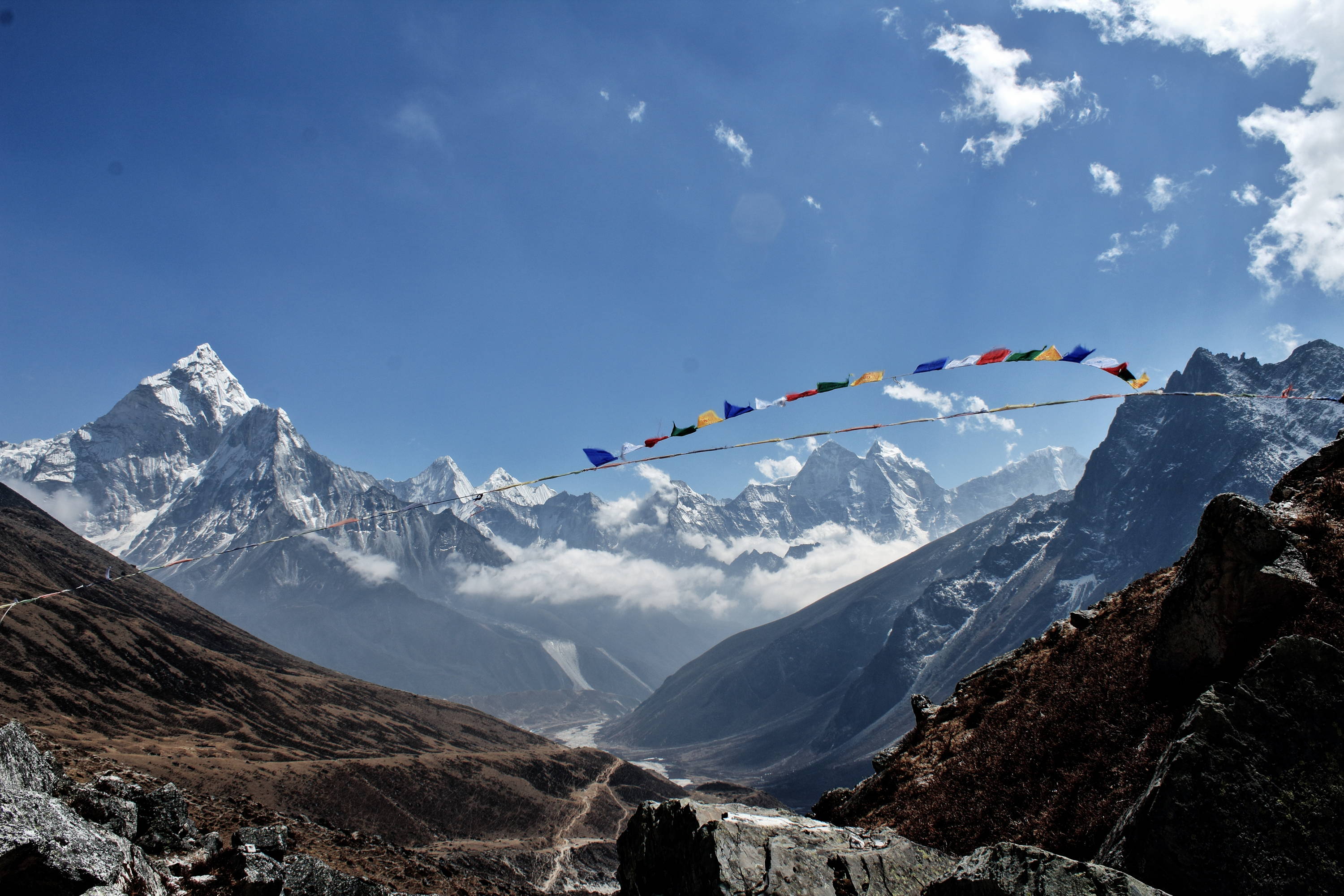 High altitude travel comes with a unique set of risks and requires some additional preparation before setting off. The three main issues associated with traveling at high altitude include a much higher chance of getting sunburned, altitude sickness, and freezing temperatures. The former becomes a greater risk the higher above sea level you go above while most people experience some symptoms of altitude sickness when traveling above 8,000 feet (2,400 meters).

Protecting Yourself from the Sun 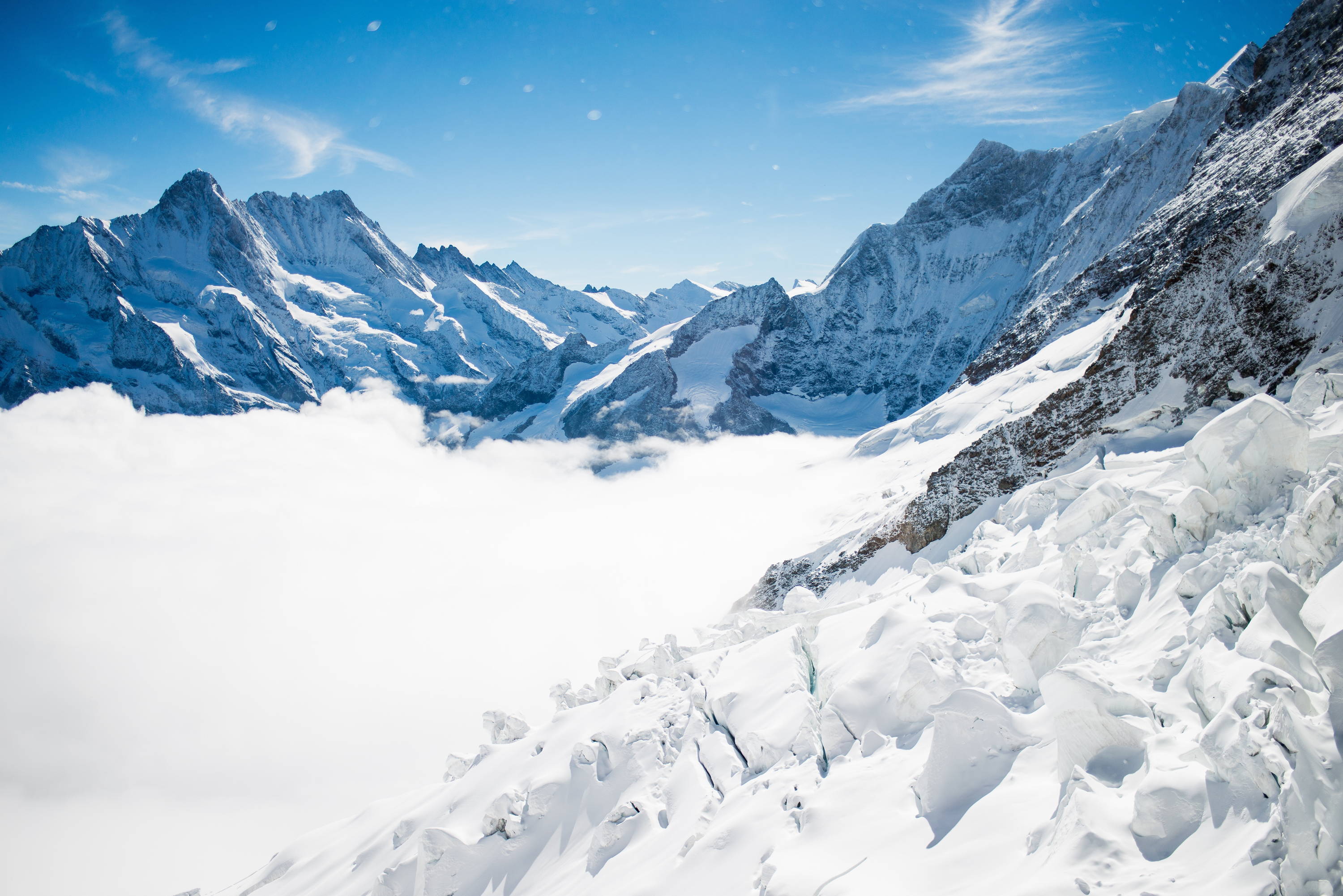 As the air gets thinner the higher up you climb, there is less to protect you from the sun and at only a few thousand feet above sea level, you will find you can get sunburned very quickly. Particularly high cities, such as many of those in the Andes of South America, boast some of the highest UV radiation rates in the world and, without proper preparation, you can get severely sunburned there in less than an hour. Be sure to wear sunblock at all times when you are outside, even if it is cloudy, and preferably wear sun-protecting clothing with 50 UPF rating or higher. 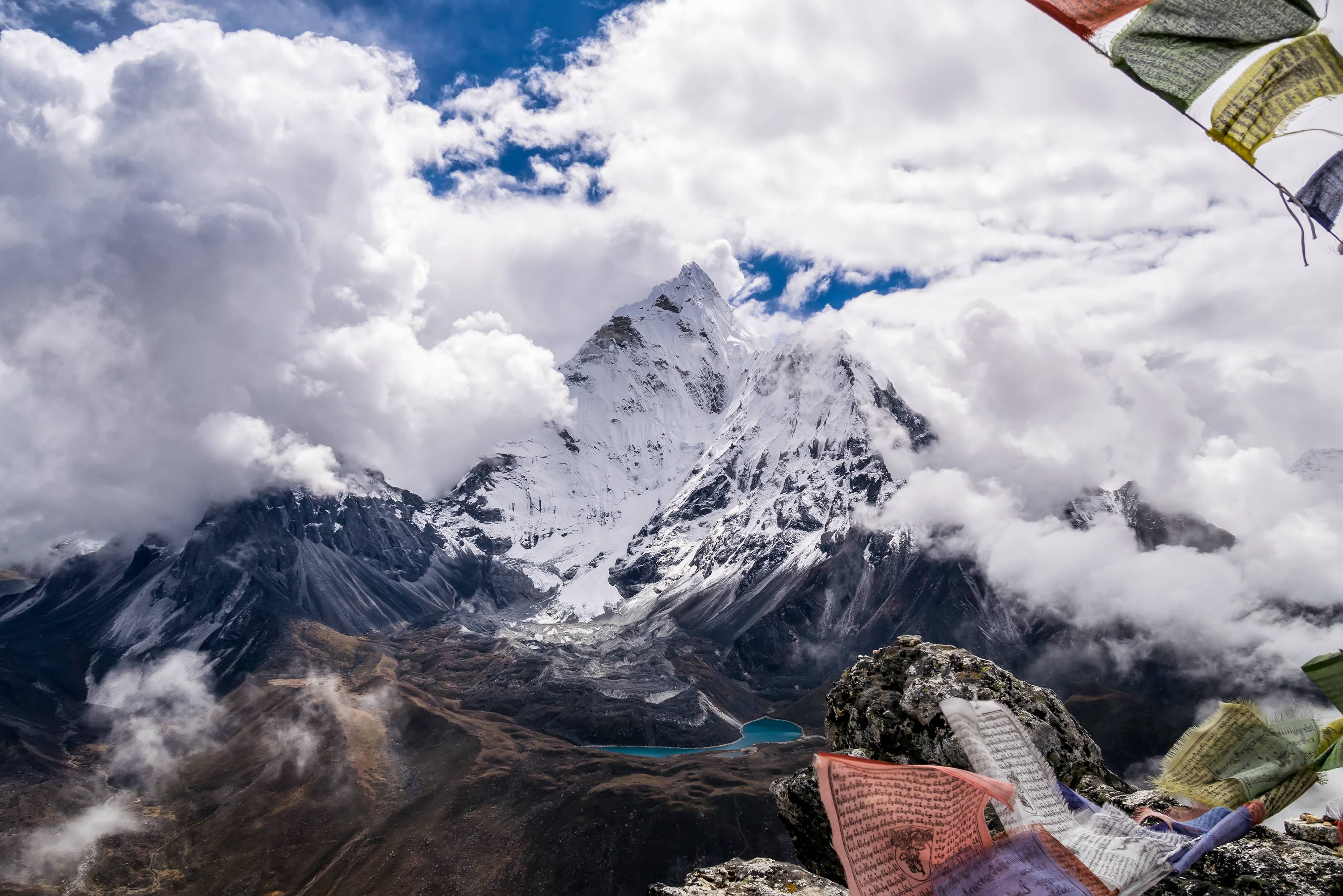 Altitude sickness is a term used to describe negative health symptoms experienced by many individuals at higher altitudes and is caused by reduced air pressure and oxygen levels at elevations high above sea level. Most people experience some symptoms of altitude sickness while traveling above 8,000 feet with the effects getting more severe the higher they go.

There are several different forms of altitude sickness with varying degrees of severity:

AMS is the mildest and most common form of altitude sickness (affecting 25% of all visitors sleeping above 8,000 ft. in Colorado) with mild symptoms similar to a hangover, including severe headache, shortness of breath, loss of appetite, difficulty sleeping, agitation, and, in worst case scenarios, nausea and fever. It doesn't usually set in until you reach altitudes above 8,000 ft. but different climbers are affected in different ways. For example, some climbers may experience shortness of breath as low as 5,000 ft. while others may not experience altitude sickness at all except at very high elevations.

The best way to prevent altitude sickness is to give your body time to adjust by gradually ascending to elevations above 9,000 ft. Experts recommend a rate of ascent of no more than 1,500 ft. per day above this level and this advice applies to even very physically fit people as Olympic athletes have been known to get altitude sickness as well. Susceptibility to AMS is believed to be genetic at this time and, as such, having extra red blood cells seems to have no bearing on your susceptibility to the symptoms.

The majority of people manage to acclimatize within 3-5 days, but it is important to take some preparations ahead of time to help prevent altitude sickness while at higher elevations. Eating lightly and avoiding things like smoking and alcohol on your first and second days at altitude will allow your body to better acclimatize. It is also important not to over-exert yourself early on and instead spend the first few days taking it easy. Ideally, you should spend some time at lower altitudes rather than going straight from sea level to elevations above 9,000 ft.

If AMS sets it, it's best to observe the golden rules of altitude sickness as observed by Peter H. Hackett and David R. Shlim:

If the symptoms of acute mountain sickness are not taken seriously and affected climbers continue to ascend, they could be at high risk of developing more severe altitude sicknesses such as High-Altitude Cerebral Edema (HACE) and High-Altitude Pulmonary Edema (HAPE).

HACE is a more severe version of AMS that is rare but, when it occurs, is often associated with HAPE. Climbers with HACE experience swelling of the brain that results in significant lethargy, confusion, drowsiness, and ataxia (loss of coordination, slurred speech). If these symptoms set in, immediate descent and health care are required as death can occur within 24 hours. A portable hyperbaric chamber (e.g. a Gamow Bag) may also be life-saving if descent is not possible.

HAPE is a build-up of fluid in the lungs that causes breathlessness and can be life-threatening. It could occur by itself or in conjunction with AMS / HACE and generally affects only one person for every 100 climbers above 14,000 ft. Climbers with HAPE will experience breathlessness at rest. Supplemental oxygen and / or immediate descent are required as HAPE can be more immediately life-threatening than HACE.

The best-known medication for preventing and / or treating altitude illness is acetazolamide (diamox), which can prevent AMS if taken before the ascent and speeds recovery if taken after symptoms have developed. The recommended dose is 125mg every 12 hours beginning the day before ascent and continuing at least 2 days at altitude (or longer if required). Side effects can include increased urination and tingling in the fingers and toes.

Dexamethasone is effective for prevention but is generally used for the treatment of AMS, HACE, and can also help prevent HAPE. However, unlike acetazolamide, if climbers are using it for prevention and stop taking it before acclimatization occurs at altitude, some symptoms could still occur. The recommended dose is 4mg every 6 hours.

Nifedipine helps prevent and treat HAPE. The recommended dose is 20mg every 8 hours.

Ibuprofen is the most recommended over-the-counter method of preventing AMS, although it is not as effective as acetazolamide. The recommended dose is 600mg every 8 hours.

Gingko Biloba has shown mixed results in studies (one speculates due to inconsistency in ingredients) at 100-200mg twice a day when taken before the ascent.

Sleeping pills will predispose you to altitude sickness and, of course, medical conditions like high blood pressure and heart disease will also put you at increased risk of developing AMS.

Therefore, before you expose yourself to the lower barometric pressures at higher elevations and vasodilation and constriction of blood vessels that may lead to HACE / HAPE, make sure to take the necessary precautions by preparing in advance and going with an experienced guide if you're relatively inexperienced at those elevations.

Above all, avoid a rapid ascent as this is the surest way to put yourself in an unsavory position higher up the mountain.

Looking for more on altitude sickness? Checkout these great articles from the CDC: 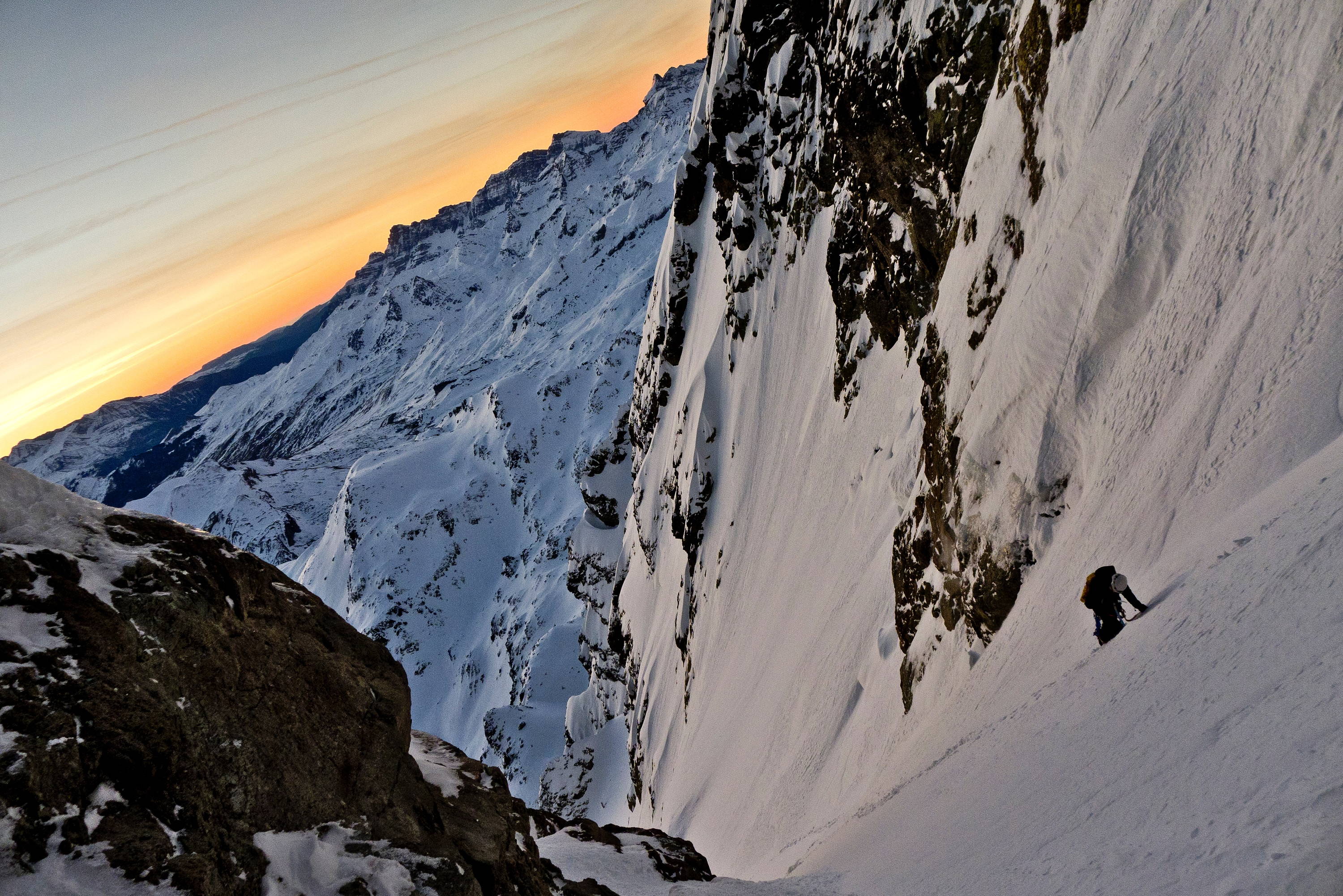 It shouldn't come as any surprise that it gets cold in the mountains. However, many people underestimate this, particularly if they are traveling to areas of the world which are largely hot and tropical. Regardless of how close to the equator your destination is, a high-enough altitude still means that it will get cold. The Peruvian city of Cusco, for example, though only around fourteen degrees south of the equator, has temperatures averaging around 41 degrees Fahrenheit during the night and it can even dip below freezing. While usually hot during the day, temperatures in high altitude areas plummet at night and, in places closer to the equator, this is much the same throughout the year. Prepare yourself well and bring adequate clothing. If camping, be sure to bring a good sleeping bag and extreme-weather tent. 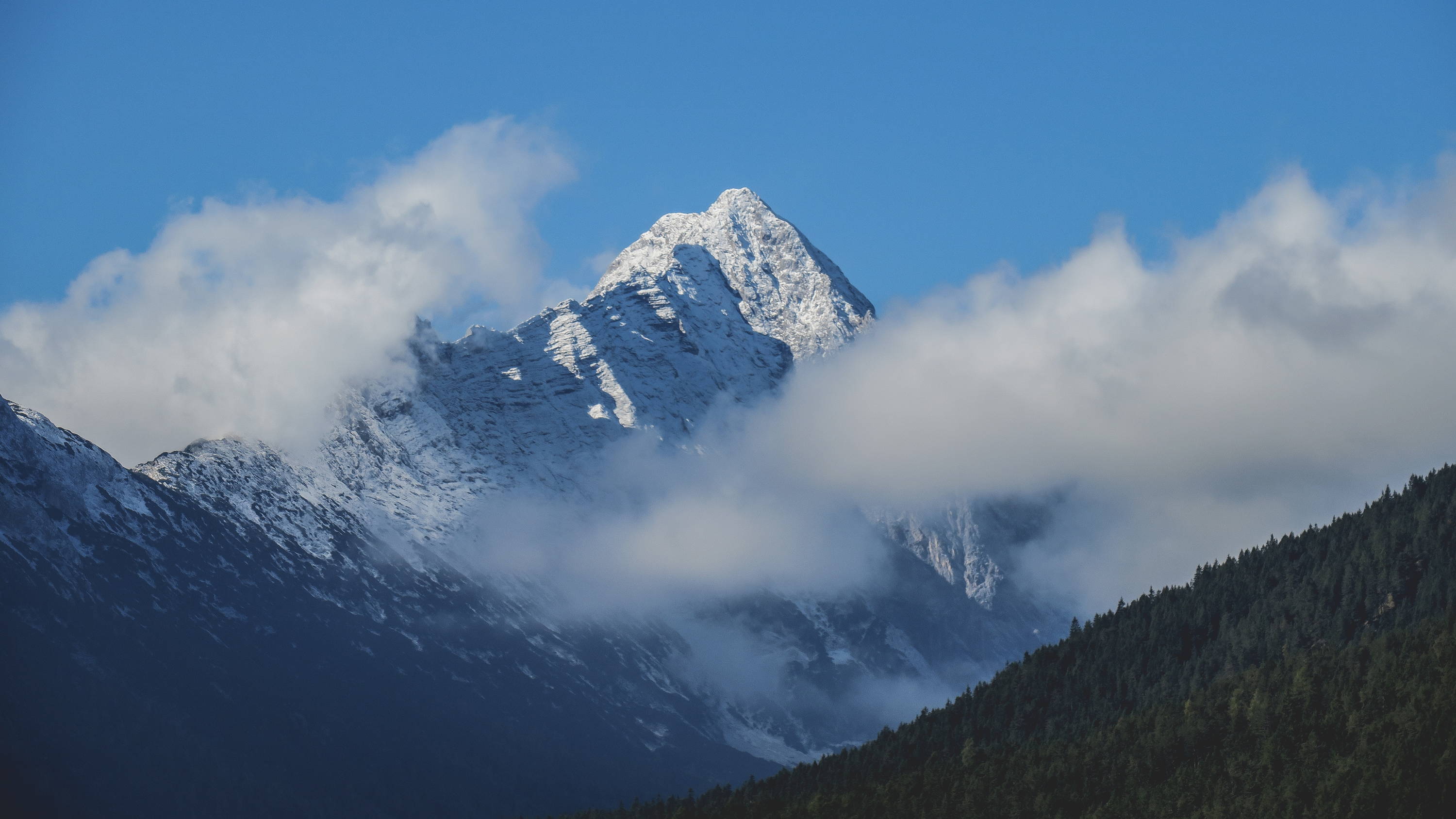 So as you head into the mountains, keep Peyton Manning in mind and play it safe. Prepare well and take the necessary precautions, and don't get in too far over your head.

Looking for more on Preparing for High-Altitude Travel: How to Deal with Altitude Sickness and other outdoor adventures? Try these: