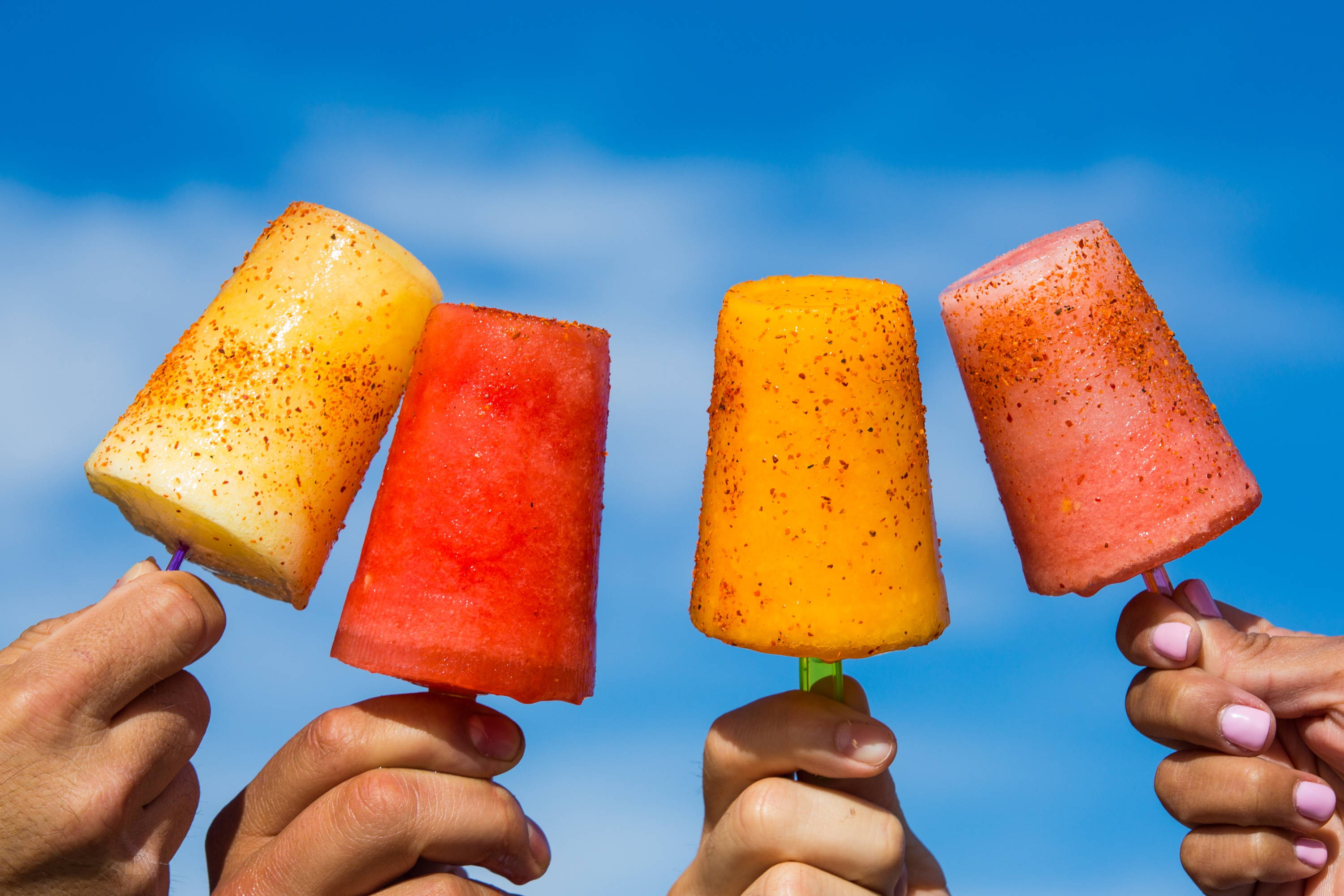 What is the hottest condiment? The answer might surprise you. It's chamoy, a Mexican condiment that has been around for centuries and is a stable of Mexican cuisine. Chamoy sauce is used in dishes like tacos, burritos and quesadillas and can be eaten as a dip with chips or even on top of ice cream or shaved ice. It's popular across the states from Los Angeles to New York.

What makes this spicy salsa so popular? One reason could be because it simply tastes amazing! Another reason might be because there are few ingredients in this dish: tomato puree, sugar, salt, vinegar and red chili peppers. No matter why people love it so much - one thing is clear: chamoy will never go out of style!

Watch this video for how to make homemade chamoy

Chamoy is a type of fruit-based relish that originated in Mexico. The word chamoy comes from the Nahuatl language, which means "sour." Chamoy can be found as an ingredient or topping for many different types of food including tacos and burritos, quesadillas, nachos, and tamarind candy.

Its origins are unclear, but some believe it is an adaptation of Japanese umeboshi (or pickled ume fruit). Mexican chamoy uses a favorite fruit as the ume plum, which is typically sour apricot or fresh mango. It is also a typical ingredient in the street food tostilocos and is a flavor for the popular beer Estrella Jalisco.

How to make chamoy?

The way to make homemade chamoy is by combining equal parts sugar and citrus juice with ground chili peppers or chile powder. Other things you might add are salt, lime zest (zest) green tomatoes, garlic cloves, cilantro stems, caraway seeds, cinnamon sticks. To prepare the dish: combine all ingredients together with water and heat over medium-high heat until it becomes a thick, pourable consistency. Afterwards, place the mixture in the refrigerator for a few minutes to cool and harden before serving at room temperature.

In addition to the homemade version, Chamoy is also available as a commercial product in Mexican grocery store or international food markets that carry Latin American products. It can be either found canned or jarred like hot sauce with a wide variety of fresh fruit flavors including strawberry, mango, tamarindo, pineapple pico de gallo.

What do you eat with chamoy?

Chamoy is typically eaten as a condiment, so it can be used on many different types of foods. Some common dishes that include chamoy are tacos and burritos, quesadillas, nachos, tamarind candy (tamarindo).

However, the most common way chamoy is used on dishes outside of Mexico is by using it as an ingredient for guacamole . Guacamole traditionally has lime juice mixed into it so adding chamoy will give your dish some extra flavor and tangy-ness without altering any other traditional components.

Directions: Combine all ingredients together with water until it becomes a thick pourable consistency. Afterwards place the mixture in the refrigerator to cool and harden before serving. Chamoy is also available as a commercial product in Mexican grocery stores or international food markets that carry Latin American products. It can be either found canned or jarred with a wide variety of flavors including strawberry (strawberry), mango, tamarindo , pineapple pico de gallo. The most common way chamoy is used on dishes outside of Mexico is by using it as an ingredient for guacamole . Guacamole traditionally has lime juice mixed into it so adding chamoy will give your dish some extra flavor and tangy-ness without altering any other traditional components.

Some people might consider chamoy to be an acquired taste because it is a very sour and tangy flavor. Chamoy can also be slightly spicy due to the chili peppers that are mixed in with the sugar, citrus juice (lime or lemon), salt, lime zest, green tomatoes, garlic cloves, cilantro stems, caraway seeds, cinnamon sticks.

What are the health benefits of chamoy?

The health benefits of eating chamoy include relief from coughs and colds as well as sore throat relief. People have also reported improved digestion when they eat chamoy before meals since it has pectin properties that help food go down easier for those who have difficulty swallowing . It's not known why these said effects occur but some believe it has something do with the organic acids and polyphenols.

What's the difference between Tajin and chamoy?

Tajin is a type of chamoy, but there are many different types of chamoys. While Tajin has similar ingredients to other types of chamoys like lime juice and chili peppers mixed with sugar, it also includes salt . The consistency that Tajin comes in takes the form of little black or red pebbles which makes for an easy way to sprinkle on food without having to mix together all the ingredients each time you want to use it. This ingredient difference means that when using Tajin as your seasoning source, you can still have flavors such as cilantro (coriander), cardamom seeds, cinnamon sticks.

Typical ingredients in a store-bought can of chamoy

Sugar: Sugar is the second most common ingredient in chamoy. It's typically used to give it a little sweetness and extra flavor without altering any other traditional components like lime juice or chili peppers.

Citrus Juice (Lime Or Lemon): Citrus juice is one of the main ingredients in chamoy, so don't forget to include this when you make your own recipe at home! This will provide further tanginess while giving your dish some acidity which balances out all that sugar . You'll need about two tablespoons lemon or lime juice for every 12 ounces of water if using store-bought canned product but less than half of that amount if making homemade paste from scratch.

Ground Chilli Peppers: Chilli peppers are used in chamoy to give it some spice and heat. One of the most common types of chili that is found in chamoys from Mexico is the habanero pepper which has a Scoville rating (heat) between 100,000-350,000 units .

Salt: Salt provides balance for all those other strong flavors like lime juice or sugar by giving you an extra tanginess while also making food taste more savory since sodium chloride enhances flavor through its effect on umami perception.

Lime Zest: Lime zest gives your dish even further acidity without adding any sweetness because it's just pure citrus juice with none of that pesky fruit flesh getting in the way. One tablespoon of lime zest is equal to the juice from half a lime.

Green Tomatoes: Green tomatoes are used in chamoy and other similar salsas due to their sourness but they also have some sweetness so it balances out the strong salty flavor you might get with canned or premade products like Tajin .

Garlic Cloves: Garlic cloves give your dish even more savory qualities while adding its own unique aroma that can be paired up with traditional Mexican cooking easily, such as cilantro stems.

Coriander Stems and Cardamom Seeds, Ground Cinnamon Sticks: These ingredients all provide an extra aromatic quality when added together which enhances any food's taste without overpowering it. 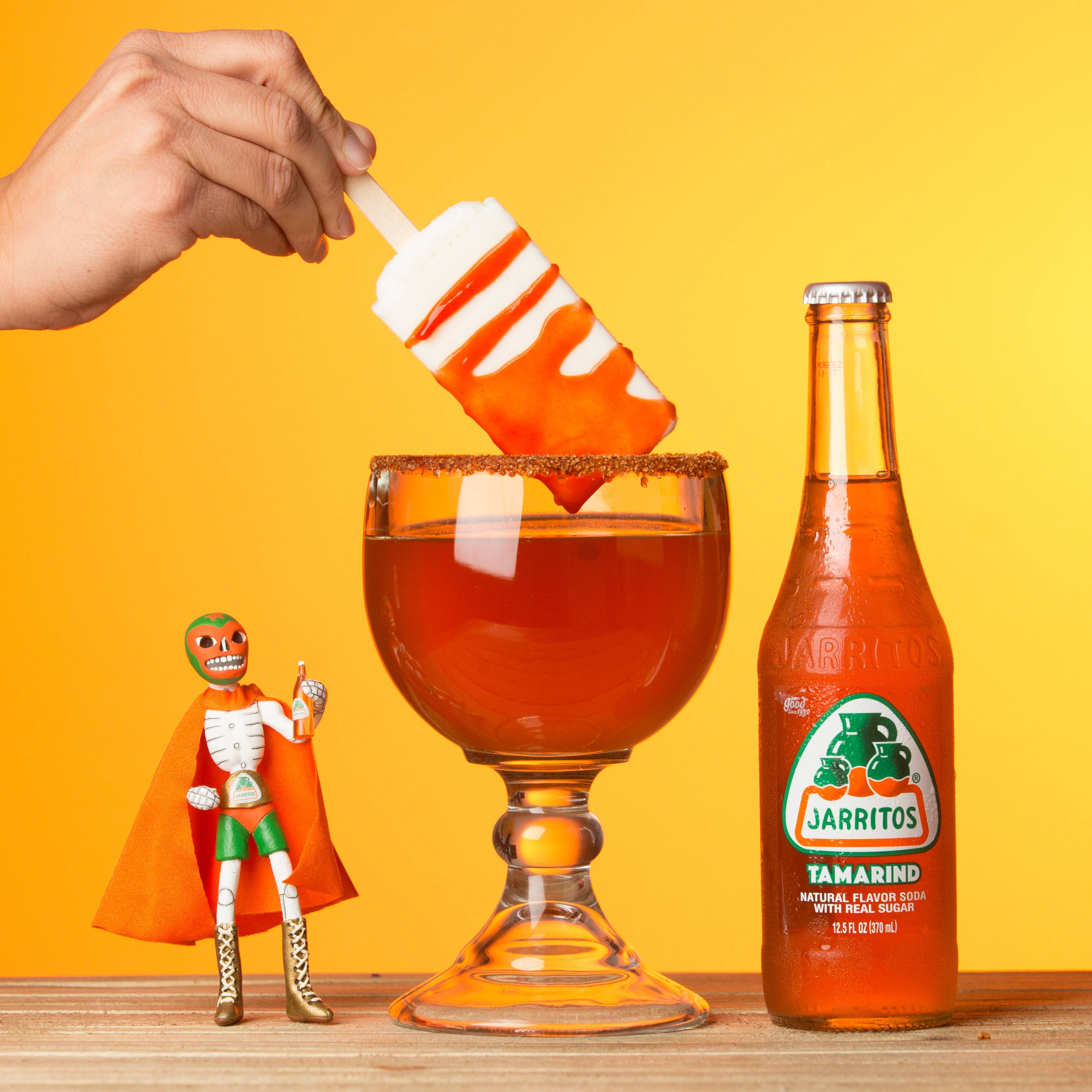 Hope you enjoyed this article about chamoy!

Looking for more on Chamoy and other similar content? Try these: