What’s the Difference Between Chow Mein and Lo Mein? 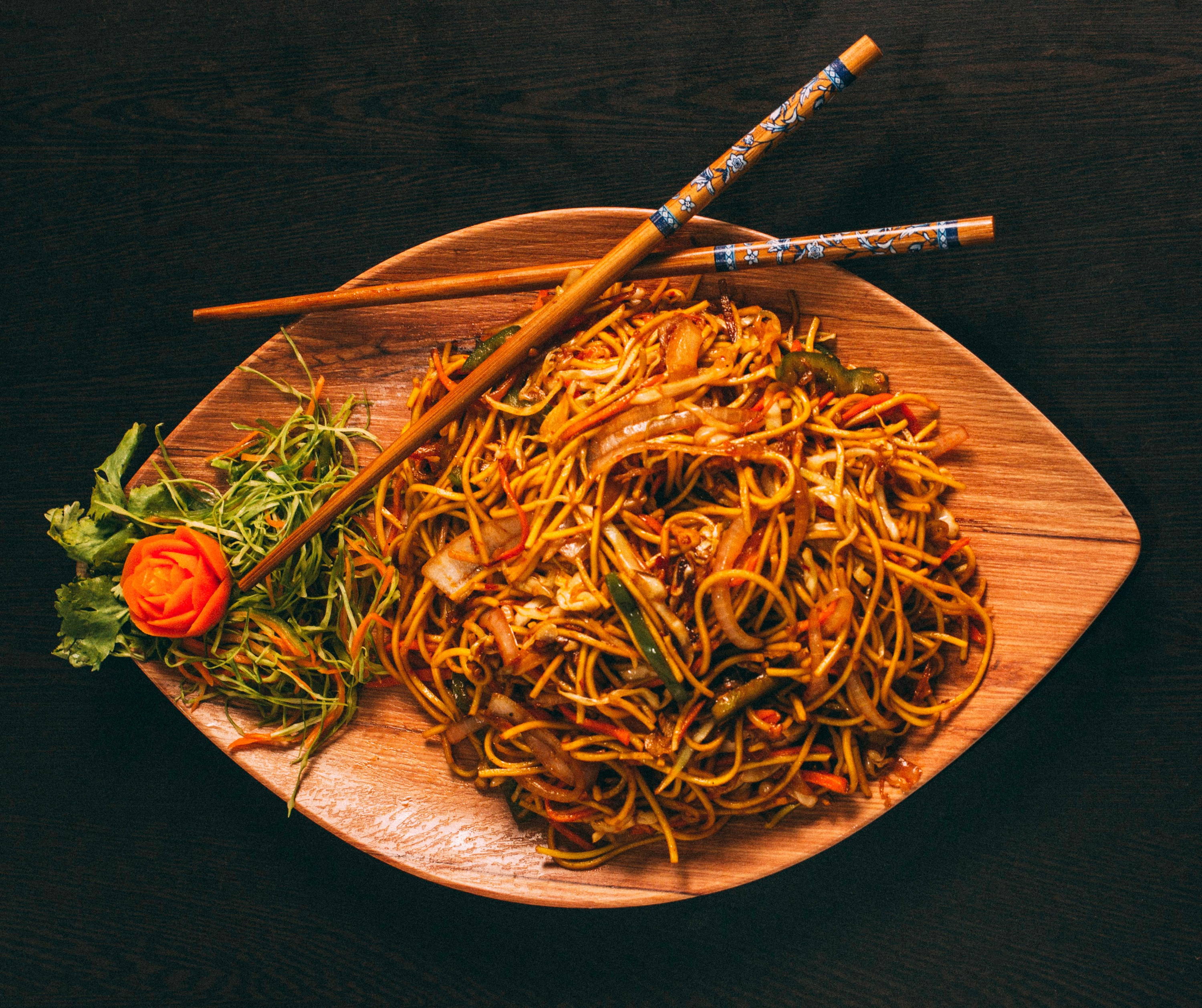 A question that arises often is what is the difference between chow mein and lo mein? These two dishes are both Chinese noodles, so how can they be different?

This article will dive into the differences between these two dishes!

Watch this video on how to make chicken lo mein!

What is chow mein?

Chow mein is a Chinese dish that originates from Guangdong. It consists of parboiled noodles that are then stir-fried with vegetables (including bean sprouts, green onion, bell peppers, and bok choy!) and meat, usually chicken or beef. It is often served on top of rice in many westernized Chinese restaurants such as Panda Express.

Chow mein was brought to the United States by immigrants who worked for railroad companies during the 19th century. Since it had previously been somewhat localized in China due to its difficulty to prepare, chow mein gained popularity among those living outside of Asia as well as Asian Americans throughout the 20th century and into today’s modern society when food has become more accessible worldwide.

The stir fry, crispy chow mein dish is named differently in English and Mandarin Chinese. “Chow mein” actually literally means fried noodles, while the Cantonese name of the same crunchy noodle dish simply translates to stir-fried noodles. In addition to its difference between language dialects, there are variations in chow mein depending on regional cuisine preference as well that have become more popular since it became a staple Americanized Chinese food item worldwide.

What is lo mein?

In Mandarin Chinese, lo mein literally means “tossed noodles” since the ingredients are stirred together rather than being fried individually like chow mein. Lo mein can have scrambled egg or no eggs at all and has bits of vegetables and meats throughout with less emphasis on sauce that coats each ingredient. It also tends to be more saucy than traditional Cantonese Chow Mein since it was influenced by other Asian cuisines such as Japanese ramen, Thai curry dishes , and Vietnamese pho. The sauce for lo mein dishes typically comes from soy sauce mixed with oyster sauce which adds saltiness along with dark brown sugar for sweetness added during preparation

What's the main difference between chow mein and lo mein?

The terms "chow mein" and "lo mein" are frequently used interchangeably in casual conversation (and even on some restaurant menus), but they actually refer to two very different types of crispy noodle dishes from Chinese cuisine.

Chow Mein is basically pan-fried thin strips or chunks of egg noodles which have been mixed with vegetables and other ingredients before being served. If an order comes back as chow fun instead, this means it's essentially flat fresh noodles made out of wheat flour rather than rice flour-- the same thing goes if it says ho instead!

Lo mein, on the other hand, is a dish consisting of thick strands of egg and wheat flour noodles similar to Italian pasta that have been either deep fried or boiled. The term "lo mein" also refers to dishes made with these thicker noodles (like beef lo mein), where they're usually seen in a mixture with vegetables and marinated meat before being cooked together into one pot.

The history of these two dishes

Chow mein and lo meins can be found all over the world, but they have their roots in China. Chow Mein is believed to date back as far as 19th century China during the height of Imperialism when European traders and settlers came into contact with Chinese food for the first time.

Lo Mein dishes were popularized by Chinese chefs who immigrated overseas to San Francisco’s Chinatown after fleeing hostilities at home--they served these savory noodles with a variety of vegetables for an easy meal that was quick enough for restaurant customers on their lunch break.

As immigrants settled throughout North America outside this community, they brought both dishes along too! Today you'll find chow meins alongside traditional Cantonese-style meals served in Chinatowns, while lo meins are popular across the United States.

How to make a delicious, authentic dish that tastes like takeout from your favorite Chinese restaurant

Rice wine vinegar (lo mein). Note that it is very important to add a dash of soy sauce - this ingredient adds saltiness as well as creates the rich brown color! You can also add some chili garlic paste if you want to create spicy dishes like Singapore noodles. Just mix with rice wine vinegar first before adding into hot cooking pan/skillet. If your recipe does not need eggs where there are other proteins such as tofu or shrimp in addition to noodles, the next thing you would need to do is add soy sauce, rice wine vinegar or chili garlic paste in order to create a salty/sweet and sour taste.

Chances are that chow mein noodles will be thicker than lo mein noodles because they're cooked for about 30 seconds before adding eggs whereas lo meins are only cooked for one minute so it's much easier to cook scrambled egg into them without breaking up too many pieces - but both types of noodle can still become thick when overcooked. The texture also depends on what type of pan you use as well! If stir fry with wok, it should have some crispy bits on the bottom of pan while noodles will be a little crispier because they're tossed around in the dish. If stir fry with sauce, it's more likely that you'll create a saucy type texture as opposed to crispy or crunchy bits - but this all depends on personal preference!

Lo Mein is usually served with some sort of protein (fried tofu, shrimp) whereas chow meins are mostly just vegetables and meat such as beef or chicken. This can also depend on what style Chinese restaurant you go to though! It really varies from place to place which one would recommend for each person specifically so it's best if people ask their server what dishes include certain types of proteins before ordering them at a restaurant.

The biggest difference between Chow Mein and Lo Mein is that they're both stir fry dishes but the lo meins are just a little bit thinner overall (since it's fried for one minute) and also have eggs mixed in with them while chow meins do not! They look similar at first glance, but there are actually many differences when you take into account texture or even flavorings used to create these two types of dish - so make sure you consider which type suits your taste buds best before ordering either one at an eatery!

You may think that chow mein and lo mein are both noodles, but they're actually very different. Chow Mein is a fried dish of Chinese origin made with wheat-based egg noodles which are usually boiled to soften before frying them in hot oil until crisp. Lo Mein is a stir-fried noodle dish from China's Szechuan region containing rice or wheat based thin strands of dough (noodles). The word "lo" means "tossed," so the main difference between these dishes comes down to how you prepare your ingredients: Chow Mein calls for tossing everything together while cooking, whereas Lo Mein requires stirring all of the ingredients together at once during preparation.

The character 久 is a word used in both chow mein and lo mein. In English, 久 means "long time," but if you see it on the menu at your favorite Chinese restaurant, there are two different dishes with similar names that use this character:

Chow Mein - A dish of fried noodles served with vegetables such as bok choy (菠菜) or broccoli (大白菜). The name comes from how long these ingredients cook before they're added to the dish--about ten minutes for each vegetable.

Mixed Lo Mein- A stir-fried noodle dish made up of rice or wheat based thin strands of dough (noodles), along with eggs, vegetables, and meat. The name comes from how long you stir all of the ingredients together--about three minutes to get everything mixed well.

In the end, it really just depends what you're looking for: if you prefer crispy noodles and want to make an authentic Chinese dish at home, then Chow Mein may be your best bet; however, if you don't have a lot of time but need a quick dinner idea tonight, then try making some delicious Mixed Lo Mein instead!

When making Chow Mein, always use a wok and make sure to fry the noodles for about ten minutes before adding them to your dish.

If you're looking for an authentic Chinese meal at home, then chow mein is probably the best option; however if you don't have much time or want something simple tonight, then lo meins are delicious too! Just be mindful that they take less time to prepare (about three minutes) than Chow Mein does (ten minutes).

Frying your ingredients before adding soy sauce or salt and pepper gives that extra crispiness 久 means "long time" in Chinese so these noodles will last for days in the fridge. They are easy to prepare, absolutely delicious, all you need is rice noodles eggs vegetable oil water chestnuts (optional) some soy sauce or salt and pepper. Fried onions on top if desired also give it an extra crunch while providing more flavor than just plain vegetables would provide. If there’s any leftovers from dinner tonight then they'll keep well for days in the fridge - just reheat them in some vegetable oil and water to bring back their original crispy texture.

The two dishes can look similar at first glance but when comparing textures and flavors there's quite a lot of difference in these stir fried noodle dishes - so make sure you consider which type suits your taste buds best! 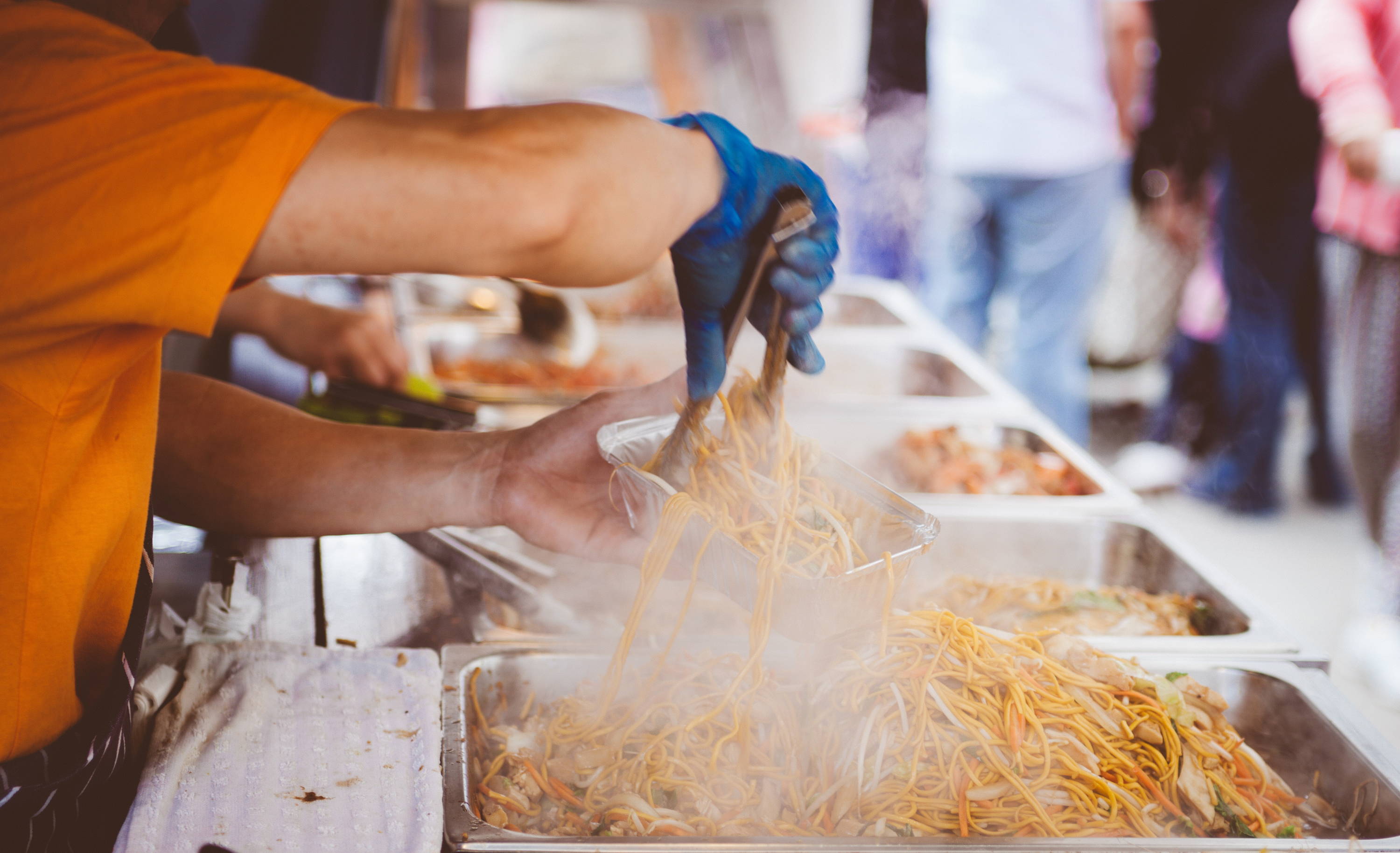 Hope you enjoyed this article about chow mein vs. lo mein!

Looking for more on Chow Mein vs. Lo Mein and other similar content? Try these:

How to Make a Green Tea Shot