The Story of Daikon: A Taste of the East 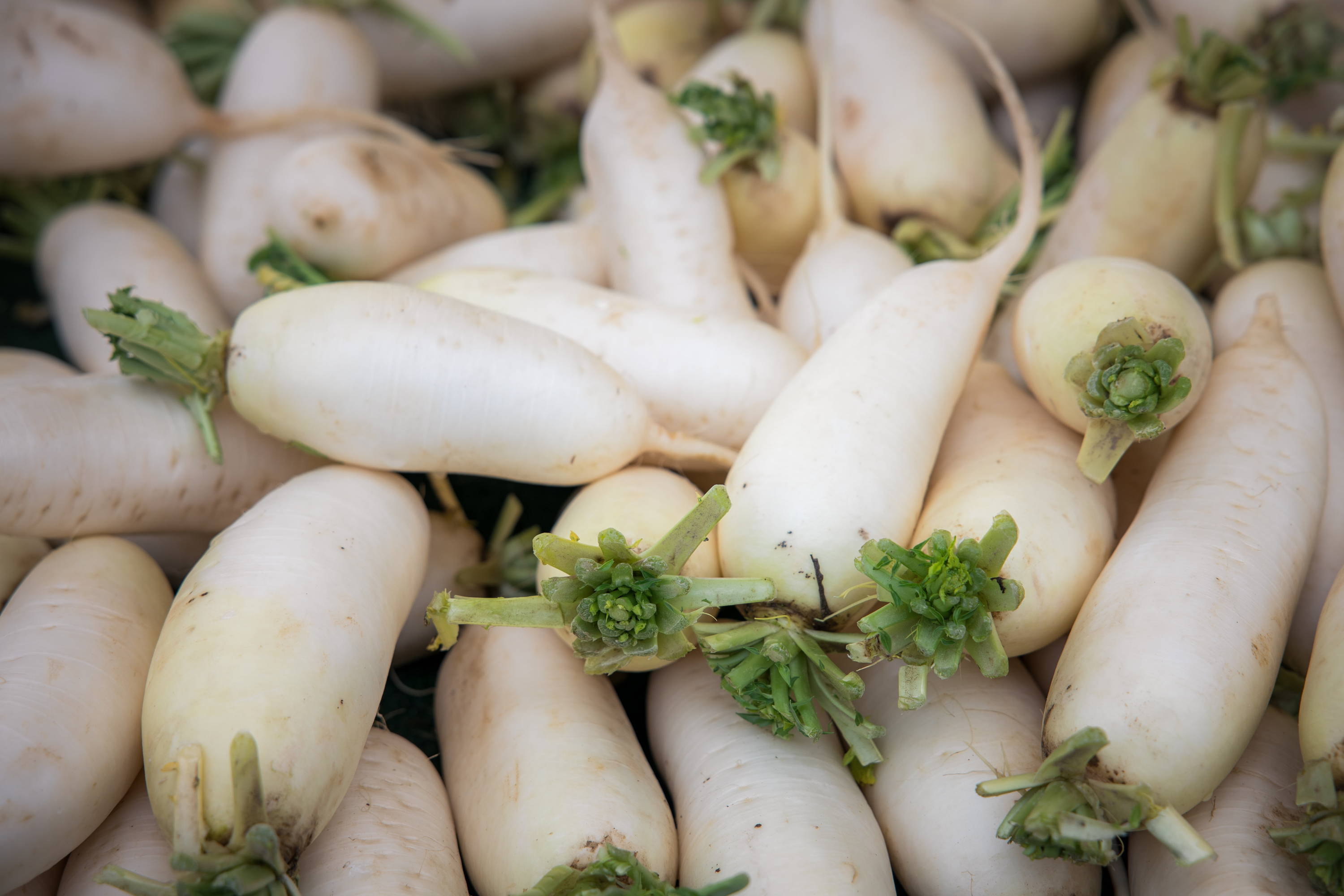 The daikon is an ancient vegetable that has been cultivated in East Asia for over 2000 years. It's a member of the Brassica family and its name translates to "large root" in Japanese. The word daikon actually means "big roots" in Chinese, where it is also known as luobo or lo bok. Daikons are long, white vegetables usually eaten raw because cooking them will change their flavor dramatically!

Watch this video on how to make daikon salad!

Daikon (raphanus sativus) is a root vegetable that looks similar to the white carrot, but can grow up to several pounds. This long winter radish has been grown in Japan for about 1000 years and remains one of the most popular vegetables in Asia today. It’s part of cuisines from all over East Asia including China, Korea, Vietnam and Indonesia. In fact there are more than 300 recorded varieties! While we mostly see daikon as an option at Japanese restaurants—in everything from miso soup to sunomono salad—it also acts as a popular ingredient across many different types of food dishes throughout Asia (where it may be called a Chinese radish or a Korean radish).

The name “daikon” comes from two words: dai and kon, which both contribute to the meaning “big root.” The word daikon literally means “large root” in Japanese, but it is also commonly referred to as other names such as mooli or daidai.

In Japan daikon has been cultivated for over 1000 years and its earliest historical references can be found on scrolls of ancient Buddhist prayers known as sutras from around 680 A.D., where there are written accounts of a plant called ninjin, believed to have referred to what we now call daikon radish because this cruciferous vegetable was popularly eaten during that time period by Buddhists monks who had taken vows of abstinence from meat and were therefore restricted their diets mainly with vegetables.

Although you may think of daikon as the Asian version of a white radish, there are actually some key differences between these two starchy vegetables.

The first difference to note is that daikons can grow up to three feet in length and weigh over fifty pounds! While this might sound like an exaggeration, it’s absolutely true; farmers must use machetes or swords when harvesting them because they cannot fit within traditional farming equipment such as tractors. Radishes (particularly red radishes), on the other hand, tend to be small by comparison – around four inches long or less – making them much easier for both growers and eaters alike.

Radishes are harvested in the summer, while daikons are typically available at many Asian markets from fall through spring. This makes them a great addition to any winter savory meat dishes.

The only way you can tell if your radish is fresh or not is by its skin; it should be smooth and bright white with no signs of cracks or browning. Daikon skins tend to look more like those of carrots – light tan/yellow on the outside tapering into a dark orange interiors which become lighter as they age. While this might sound unappealing at first glance, their sweet flavor has been described as “honey sweet” making up for what their color lacks!

The last difference between the two vegetables is their taste. Radish has a stronger, peppery flavor that can be overpowering when eaten on its own or as an addition to other dishes. Daikon, in contrast, carries more subtle tastes and blends well with many flavors such as cumin and ginger which are used frequently in Asian cuisines!

Daikons have better flavor than radishes but they're also much harder to grow; daikons are generally not eaten raw straight from the hand because of their tough exterior while radishes are spicier tasting unlike daikons which carry subtler tastes. In order to ensure your veggies stay fresh for longer periods of time you should store them at room temperature away from direct sunlight instead of putting them into the fridge.

How to cook daikon

Daikon is a type of radish that has been grown in Japan for over a thousand years. Commonly used to make pickled daikon, daikon can also be eaten raw with some soy sauce and wasabi or cooked as part of many Japanese dishes. It is also popular for weight loss due to its low calorie count and can be included in many dishes like Vietnamese Banh Mi, Kimchi, fresh salads, and daikon oroshi. Daikon is generally served cold so that it helps balance the heat from spicy foods such as yuzu pepper paste which you may find on sushi rolls. It's best enjoyed when sliced thin enough to see through - about 0.04 inches (0.15 cm) thick - but if not scaling, simply cut into large chunks instead! The slices should then be submerged in water for 15 minutes before use to remove any excess bitterness from the skin while still keeping its crunchy texture.

The daikon radish has a white flesh with an earthy, spicy flavor. The taste is milder than the horseradish and more delicate than the mustard root. It’s also known as Chinese or Japanese radish, but most often it goes by its nickname of “the long pink radish” because of its long cylindrical shape.

Daikon is widely used in many types of Asian cuisine, including Chinese and Japanese dishes. It can be served cooked or raw and often grated as a garnish for soups, salads, stews, stir-fries, noodle dishes and rice bowls like the traditional Korean dish bibimbap. Daikon matches well with other vegetables such as carrots or cabbage but also adds an interesting contrast to seafood recipes or even pasta sauces.

Fresh daikon has a crisp texture that holds up well when added at the end of cooking so it’s ideal if you plan on eating your meal cold (such as in nabe). And while people don’t usually eat raw daikon straight out of hand like apples or carrots, it’s fun to play around with different grating techniques for sauces and salads. 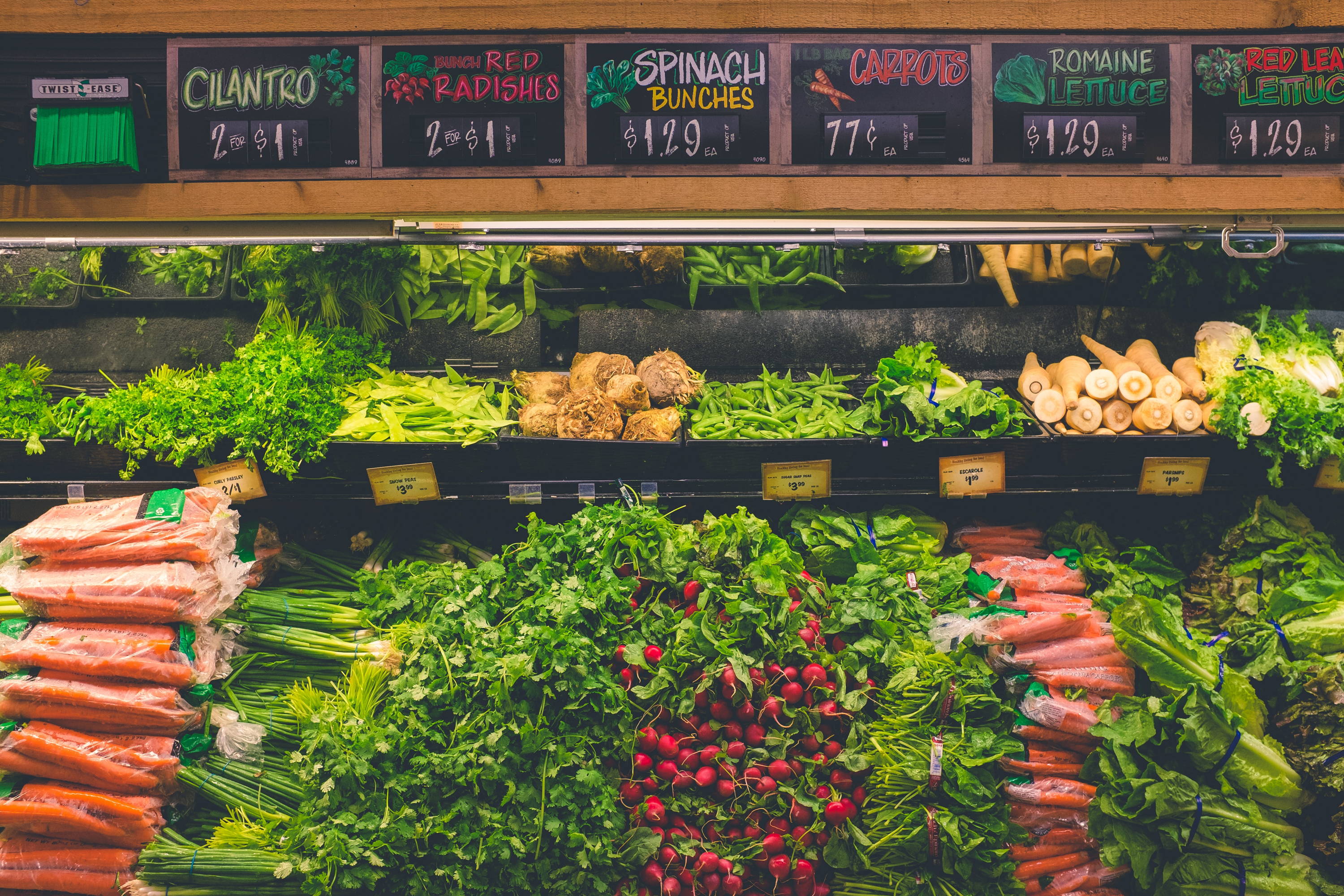 Hope you enjoyed this article on daikon!

Looking for more on Daikon and other similar content? Try these:

The Ultimate Guide to Growing Pothos