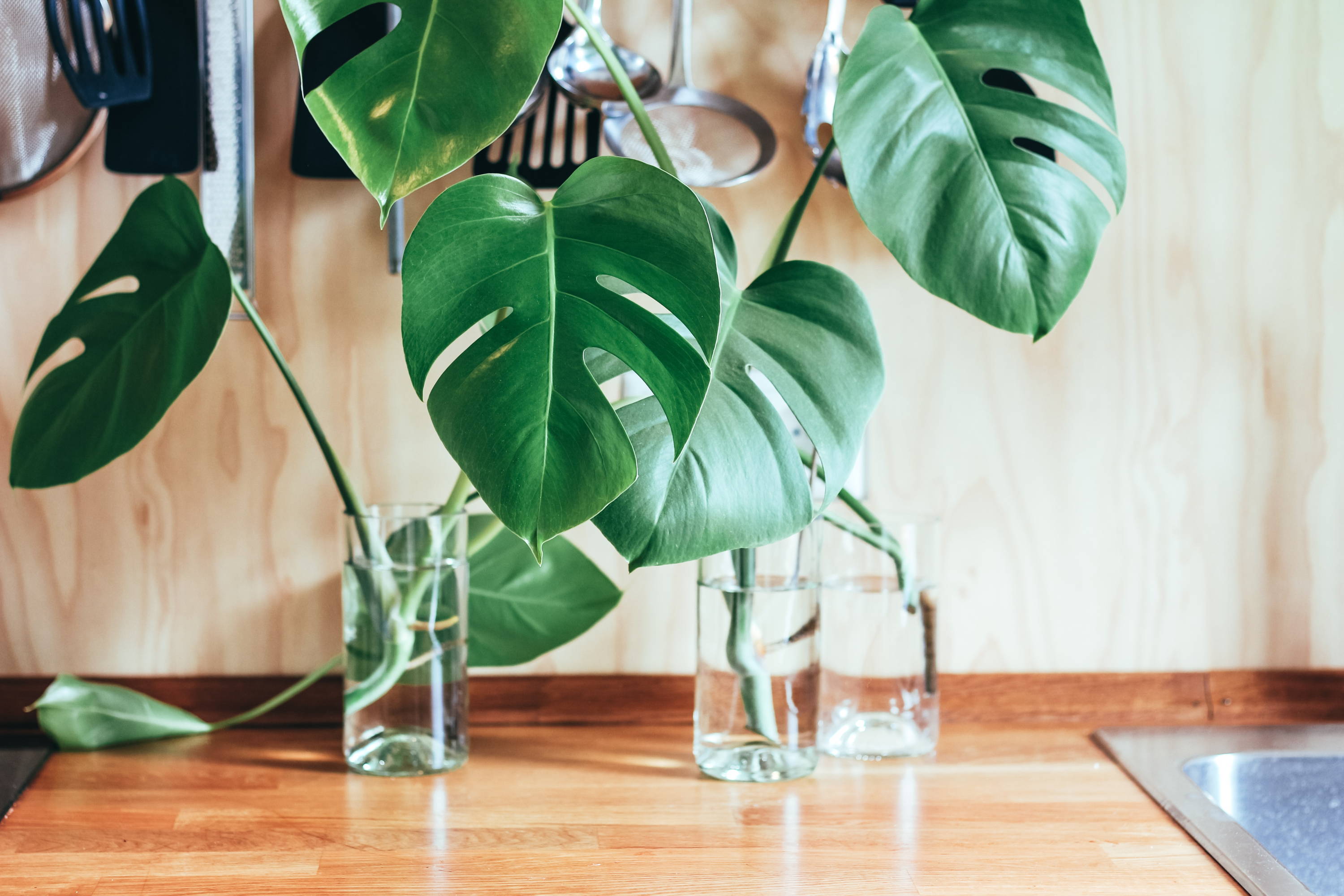 The Monstera Adansonii is a species of flowering plant in the Araceae family. It originates from Central America, and was first discovered by French botanist Michel Adanson, thereby becoming Adanson's monstera. The monstera adansonii has large leaves that are shaped like an urn or boat-shaped with long, sharp points. In recent years, it's been popular to grow these plants indoors as they can live for many years and produce beautiful flowers when grown in full sun exposure.

Watch this video on Monstera Adansonii!

What is monstera adansonii?

Monstera adansonii (genus monstera) is also known as the Swiss cheese plant or Swiss cheese vine, a name that comes from its leaves. They have large holes in them which are actually called “window panes” or slits depending on who you ask. These windows allow light to come through and can be found all over the leaf instead of just one part like other plants whose window panes sit vertically across their leaves. These leaves are thick and leathery with the windows usually in a single row but sometimes clustered together.

Monstera adansonii plant is an evergreen indoor plant that can grow up to 80 feet tall, but since it’s not native to North America it typically stays between three and six feet high. It has thin vines which can be trained along a wire or around other plants for support as they get taller. On these vines you will find large flowers of white and green which eventually turn into fruit that look like small avocados full of black seeds surrounded by edible pulp. These fruits attract animals such as birds who eat them and then disperse their seeds throughout the area where they live so this species has been known to spread rapidly through its tropical range.

Monstera plants are jungle plants native to the tropical regions of Mexico, the West Indies, Central America, and South America where it grows both in rainforests and dry forests as well as subtropical areas with high humidity. It thrives best when planted outside on a location which gets plenty of light but also does well indoors too if you have enough room for it to grow up your wall or next to another large surface like a door frame so that its vines can attach themselves at different levels. Its roots need fresh soil because they are known to rot easily from being over watered since their natural habitat tends towards dampness anyway. Planting them near drains or outdoors during the summer months will help keep the soil nice and moist while still allowing some air flow around the plant when the winter comes.

How to care for your monstera adansonii?

Monstera adansonii is a beautiful house or office vining plant. This tropical indoor tree will bring the outdoors into your home and give you an air of sophistication but requires some special care to grow it just right.

Monstera adansonii needs bright indirect light to thrive inside. If you don't have a place in your home that receives direct sunlight from the windows, then artificial lighting is recommended. The best way to check if your plant has enough light exposure is by checking its leaves. They should be green and healthy looking, not faded or pale at all.

Monstera adansonii is sensitive to chemicals and salts in the water, so be sure to only use filtered or purified water. To ensure your plant gets enough water without causing root rot it's recommended that you thoroughly drench its soil then wait until it becomes dry an inch down before watering again. Water sparingly during winter months when growth has stopped for the year.

Feed monsteras every two weeks during the growing season with either liquid fertilizer diluted half strength of the package directions or use slow-release pellets such as Osmocote (R), alternating between both methods each time you fertilize so they do not receive too much nitrogen which can cause yellowing foliage.

Temperature should be 60-70°F (degrees Fahrenheit) during the day and 55-65°F at night. If you notice any leaves dropping, this could mean your plant isn't receiving enough humidity so misting it regularly or placing its container on a tray of wet pebbles can help raise the level of moisture in the air around it.

Use well draining potting mix such as an African violet mix or add 25% sand for drainage if needed since monstera adansonii is very prone to root rot when over watered.

Inspect every few weeks for aphids, spider mites, whiteflies, mealybugs or scale and treat with an insecticidal soap. Brown leaf tips are a sign of low humidity, which can be fixed by misting them regularly. Over watering is the most common cause of monstera death so water sparingly making sure not to get any leaves wet when you do water it.

Monstera adansonii are evergreen plants that can be pruned throughout the year to keep them shaped and in bounds. To do so, cut back long stems at any point just above an outward facing leaf node. This will encourage the plant to branch out and fill in. Also, remove any dead or damaged stems at anytime during its growth period.

Repot every year when monstera adansonii has outgrown its pot, using a container with drainage holes to prevent root rot and set it in an African violet mix soil. You can alternatively use a hanging basket.

Yellowing leaves are usually a sign of either over or under watering. Water less during winter months and never allow the plant to sit in water as this can cause root rot. If you have been misting your monstera adansonii regularly, it may be that the salts from the tap water have built up on its foliage causing yellowing leaves so use filtered or purified water instead for at least a few weeks until they return to their normal color again.

Monstera deliciosa can be propagated by division, leaf or stem cuttings, and air layering. It's best to propagate it in spring or summer when the plant is growing actively but isn't too hot out yet. The propagation technique you choose will depend on whether your monstera has aerial roots or not.

To propagate a monsteras with aerial roots simply remove the top section of stem that doesn't have any leaves attached then place this cutting into moist soil where it should root within one month. If there are no signs of new growth after three months replace its potting mix with fresh compost mixed at half strength (you don’t need to displace all old soil) before trying again..

For leaf cuttings, remove a large mature leaf from the bottom of your plant. Then take it and lay flat on its side or hang by the tip with twine until new growth appears at this point in about six weeks before planting into fresh potting mix.

To air layer you will need a non-serrated knife, rooting hormone and some sphagnum moss. Remove the aerial roots from your plant then make an incision around its stem about one inch away from where they were attached to it. Tear off any leaves that are in the way so there is nothing covering this area before carefully scraping out half of the soft inner bark with your non-served blade until only green wood tissue remains all the way around. Dust this exposed surface with root hormone then wrap it up in damp sphagnum moss taking care not to cover any part of this cut before placing into a plastic bag and securing at both ends for three or four weeks until new growth appears. Once this happens carefully remove the moss and any remaining bark to reveal a new layer of roots before planting into fresh potting mix.

Monstera adansonii is a tropical plant that belongs to the family of Araceae. It can grow up to 60 feet tall and has large, glossy green leaves with white-green veins and dark speckles all over them. The monstera deliciosa also produces aerial roots which hang down from its branches. As well as this it frequently bears flowers during the months between July and October in Australia but these are rarely seen anywhere else throughout the world because they're hidden among its foliage.

The Monstera Adansoniia have different types depending on where you live or how they were grown:

These plants naturally produce some variegation but this might not show up until they're mature.

These plants don't naturally produce any variegation but it's due to some mutation in their genes that this occurs and should not be confused with the prior type. The leaves are similar except for a few different shades of green found throughout them.

These have similar leaves to monsteras deliciosaa but are generally a little darker and greener. They also naturally produce some variegation, typically around the edges of their leaves.

This plant looks very different from other types because it's usually seen with much smaller leaflets that only grow up to an inch long each. It's sometimes mistakenly referred to as Monstera guatemalensis in older texts although this is now considered its own species entirely.

This is an artificially created variety developed through grafting where two different species were combined to create something new entirely, which appears slightly different from either parent again only because its genetics differ from one another.

Also known as "Swiss cheese plant" this is another artificially created variety that was developed through grafting. It has deep, irregular holes throughout its leaves and stem but with no other significant difference from the monstera deliciosaa .

This one naturally has a greenish, white speckled pattern on it resembling a bee's hive making it look like "honeycombs". Again only because of genetics does this occur.

These are smaller versions of regular monsters which grow up to three metres tall instead of six or seven. They still require full sun in order for their variegation to show clearly so they're not suitable for indoor growing.

These are still much larger and more often seen than the pygmy types but they only grow up to two metres tall instead of three or four. 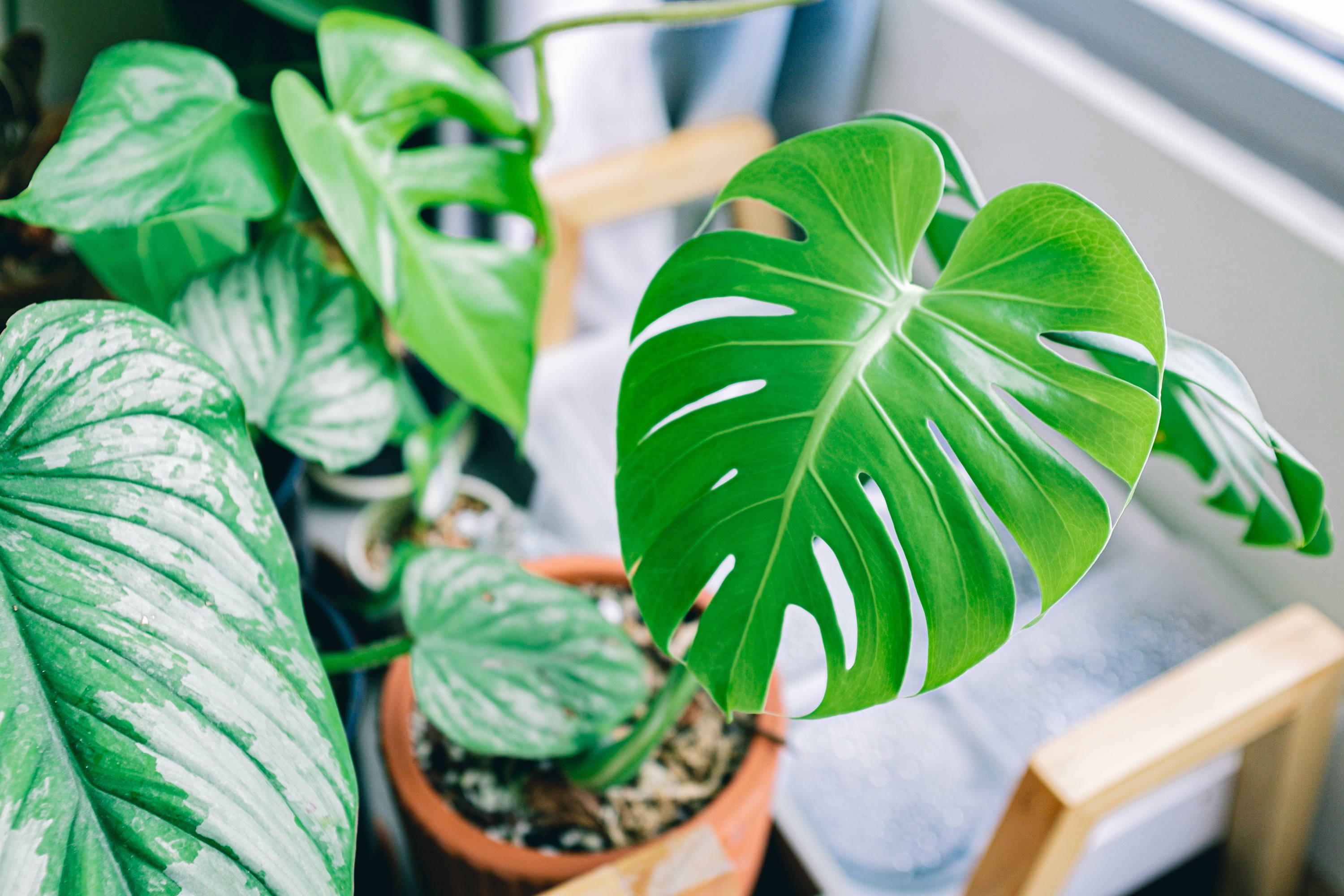 Hope you enjoyed this article about Monstera Adansonii!

Looking for more on Monstera Adansonii and other similar content? Try these: