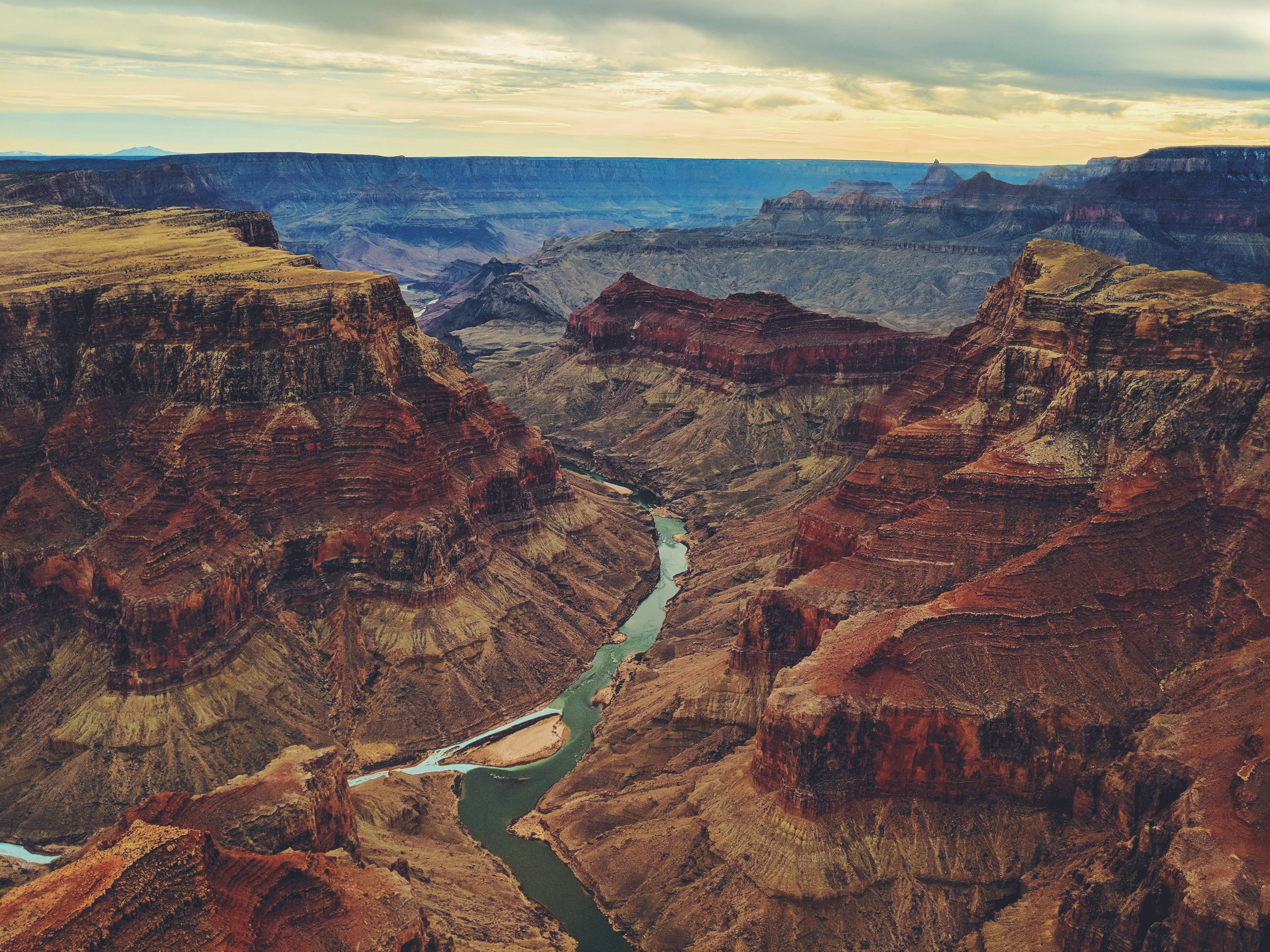 Arizona is a state that many people associate with the desert, but it also has some of America's most popular national parks. From its abundant red rock formations to its rugged terrain and deep canyons, Arizona's National Parks run by the National Park Service offer something for everyone, including some of the most scenic drives the United States has to offer. 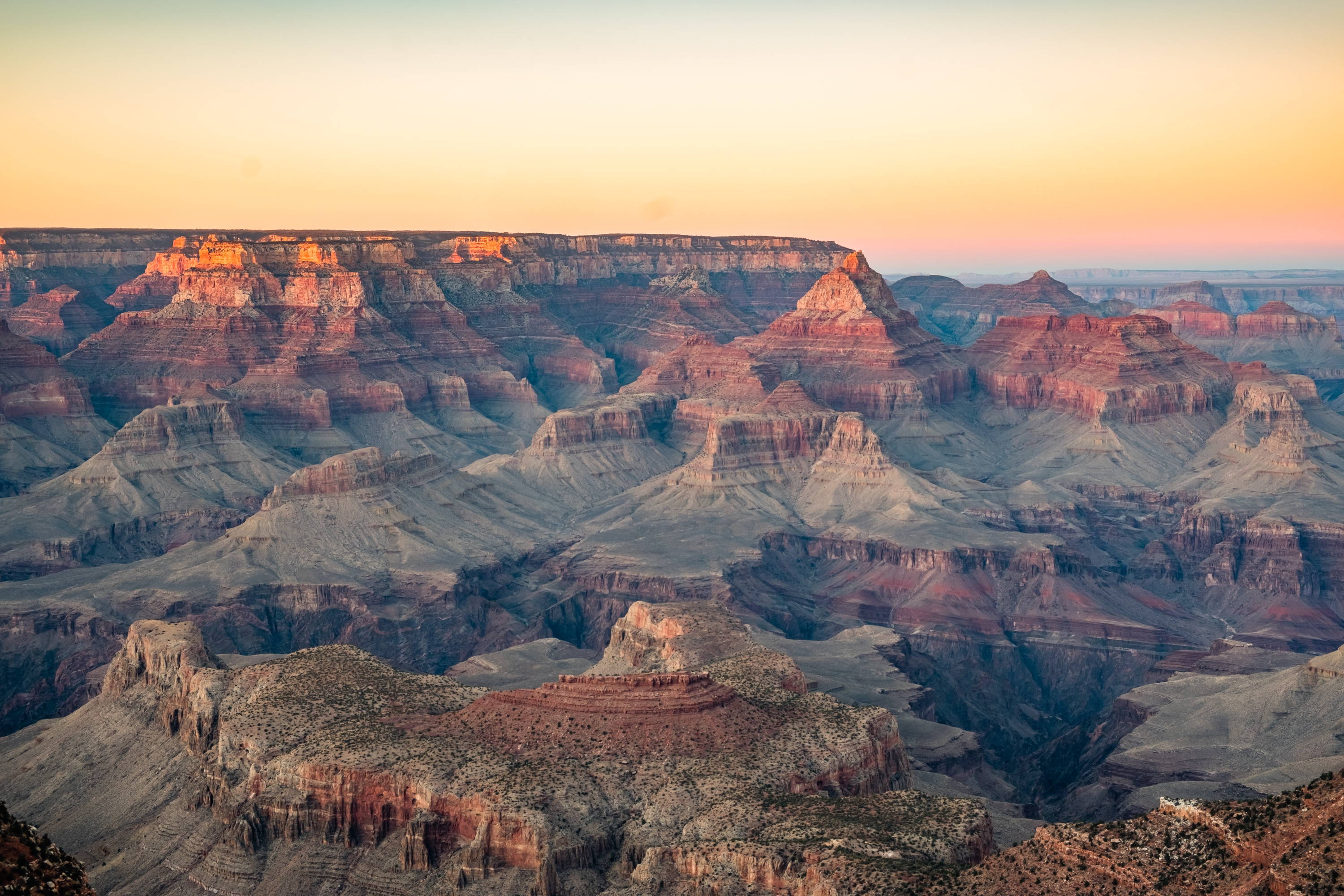 The Grand Canyon National Park is one of the most popular destinations in Arizona. It's also a UNESCO World Heritage Site, and it was named America’s "Most Spectacular Natural Wonder" by author Wallace Stegner. The park contains over two million acres of land that are mostly located within northern Arizona near the Colorado River; however, there is a small section known as Kaibab National Forest on the southern edge which extends into Utah too. A popular attraction is Horseshoe Bend, which is also referred to as the "east rim of the Grand Canyon."

The Grand Canyon North Rim offers some spectacular views from those who make their way there: on one side you'll find Mather Point overlooking sheer cliffs leading down into black depths below while on the opposite side you'll have views of the Kaibab Plateau and a wide stretch of forest below. The North Rim is the most remote part of Grand Canyon National Park, making it more difficult for tourists to make their way there; however, those who do are treated with some beautiful sights and fresh air as well as interesting wildlife like black bears, elk and deer.

The Grand Canyon South Rim provides visitors with an opportunity to see many different types of animals in addition to great hiking trails that provide spectacular views from above where you can spot even ancient Native American ruins. This section includes lots of cultural points-of-interest such as Hopi House Museum which showcases artifacts from these villages while also providing details on the history of this area. 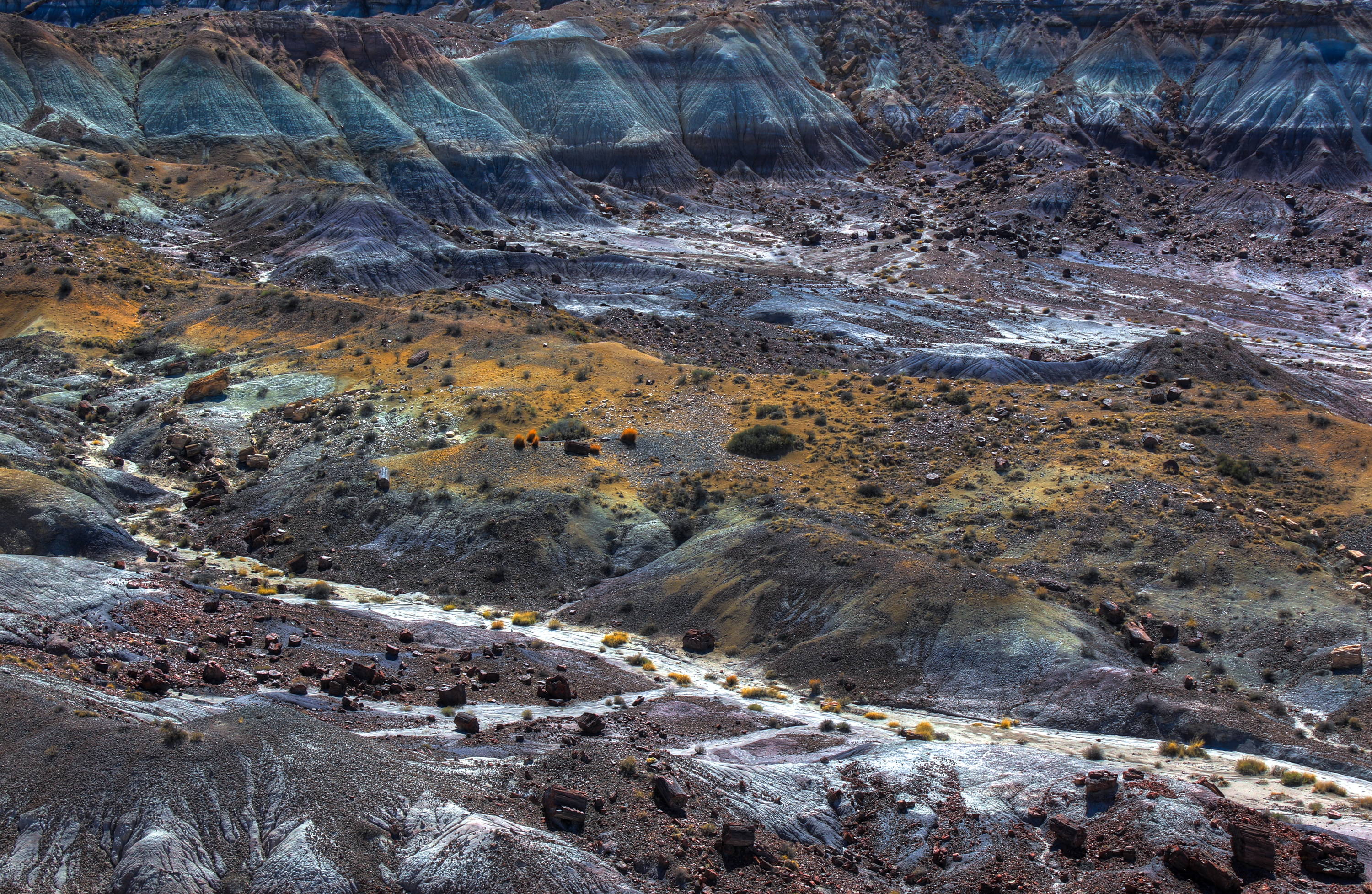 Petrified Forest National Park is the only national park in Arizona that's located entirely within the state. There are over a half million acres of land, much of which has been preserved for its unique and diverse ecosystems. The majority of this space contains high desert elevations with large rock formations, but it also includes forests made up mostly of ancient petrified wood where visitors can see many different types of plants native to the region as well as animals such as raptors, coyotes, mountain lions and ring-tailed cats. 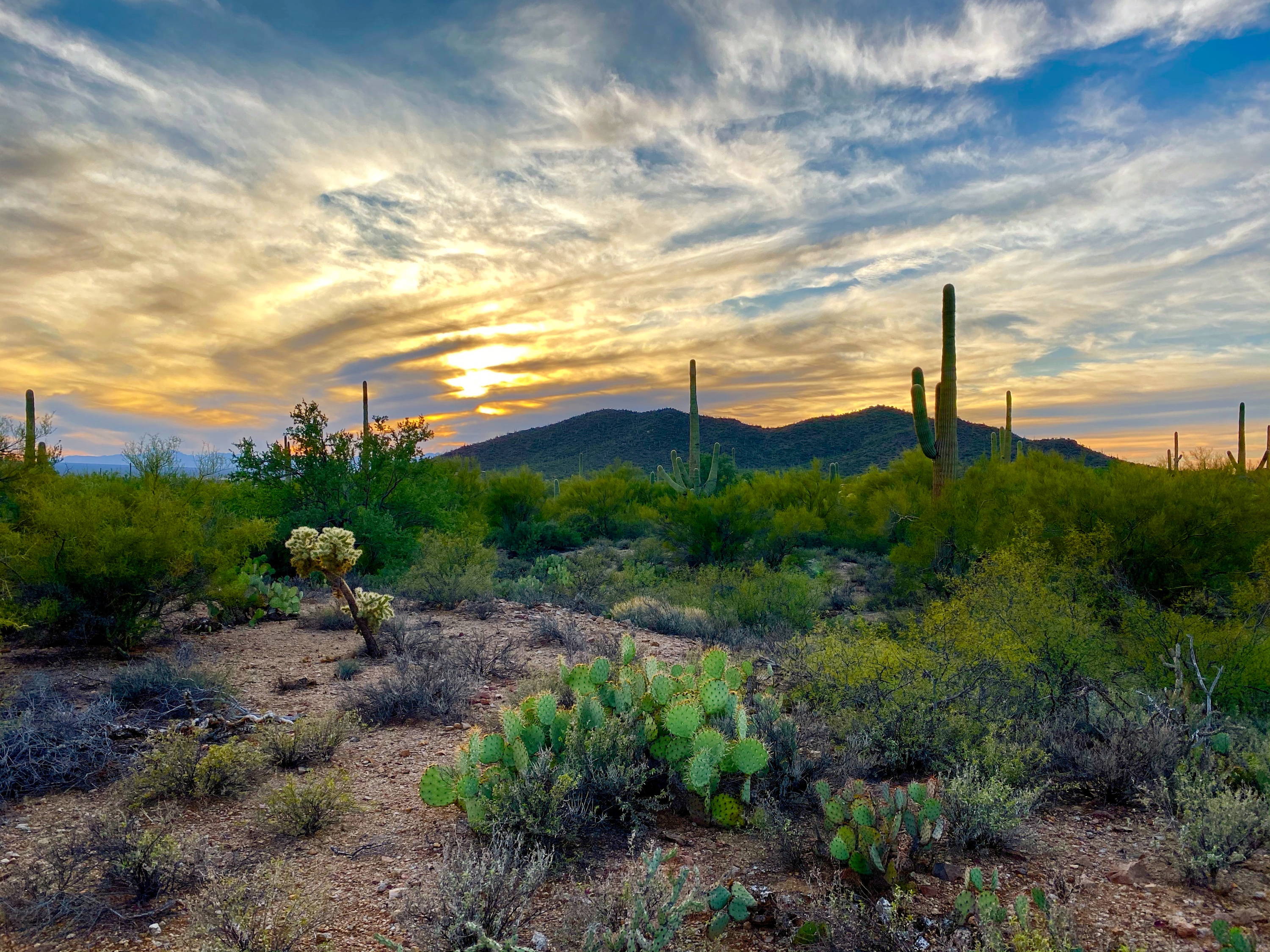 This park is home to the tallest cacti in the world, which can grow up to 40 feet high.

Saguaro National Park offers visitors a chance see these giant plants (i.e. the saguaro cactus) as well as other types of flora and fauna native to this area like prickly pear, ocotillo and barrel cactus; however it also features many different trails including those that lead into Tucson Mountain Park where you'll find more big rocks (including one they call "Mt. Kimball") while walking through some shaded areas beneath trees with names like sycamore, oak or cottonwood. The west section of the park is called the Tucson Mountain District and is home to the Red Hills Visitor Center, whereas the east section of the park is called the Rincon Mountain District. 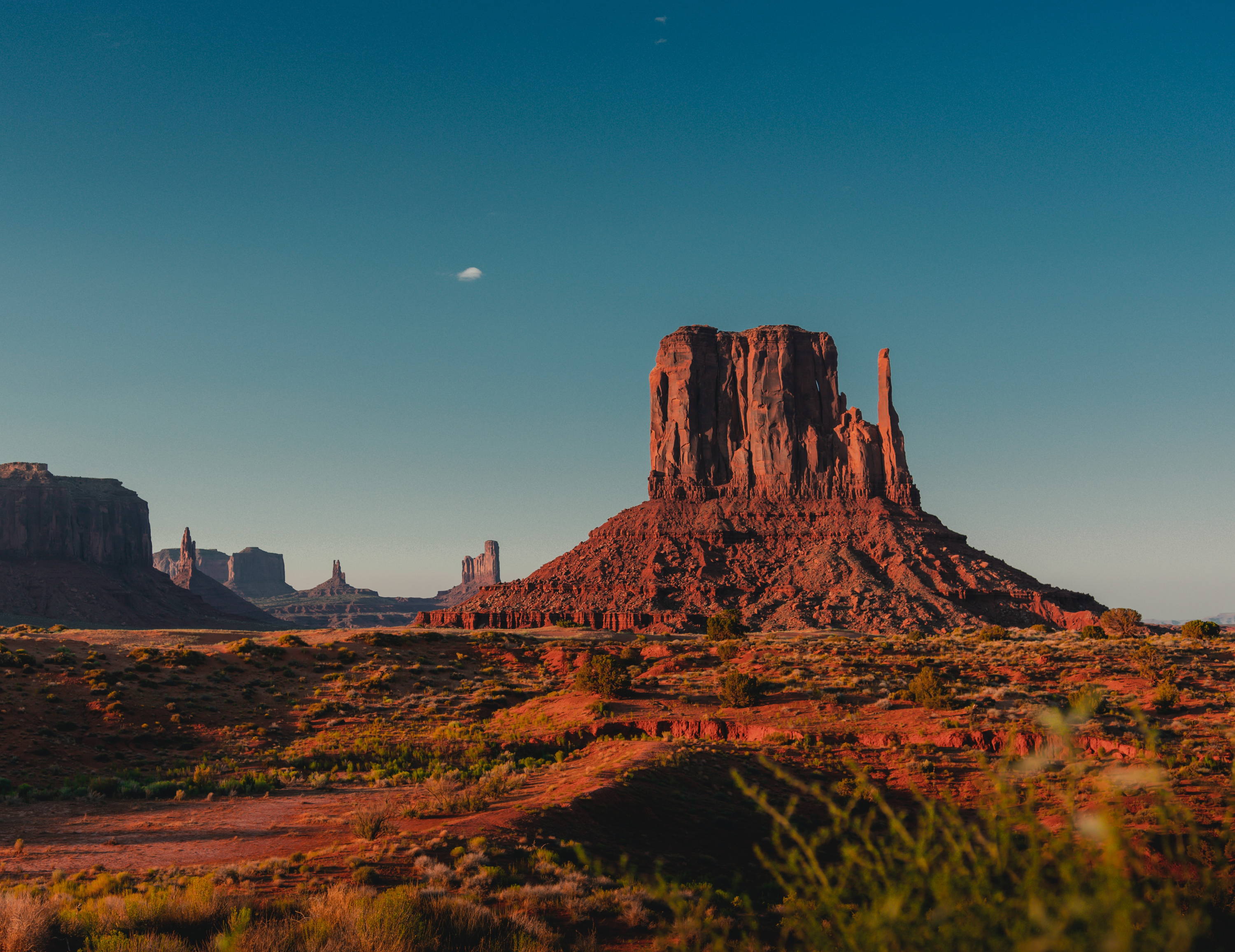 This national park is well-known for its movie and TV appearances, especially in classic Westerns like Stagecoach. Most of the iconic red rock formations are found on Navajo Nation land; however they also appear here at Monument Valley which features a variety of trails including popular ones that lead hikers to scenic overlook points where you'll find some great views across this expansive desert landscape. 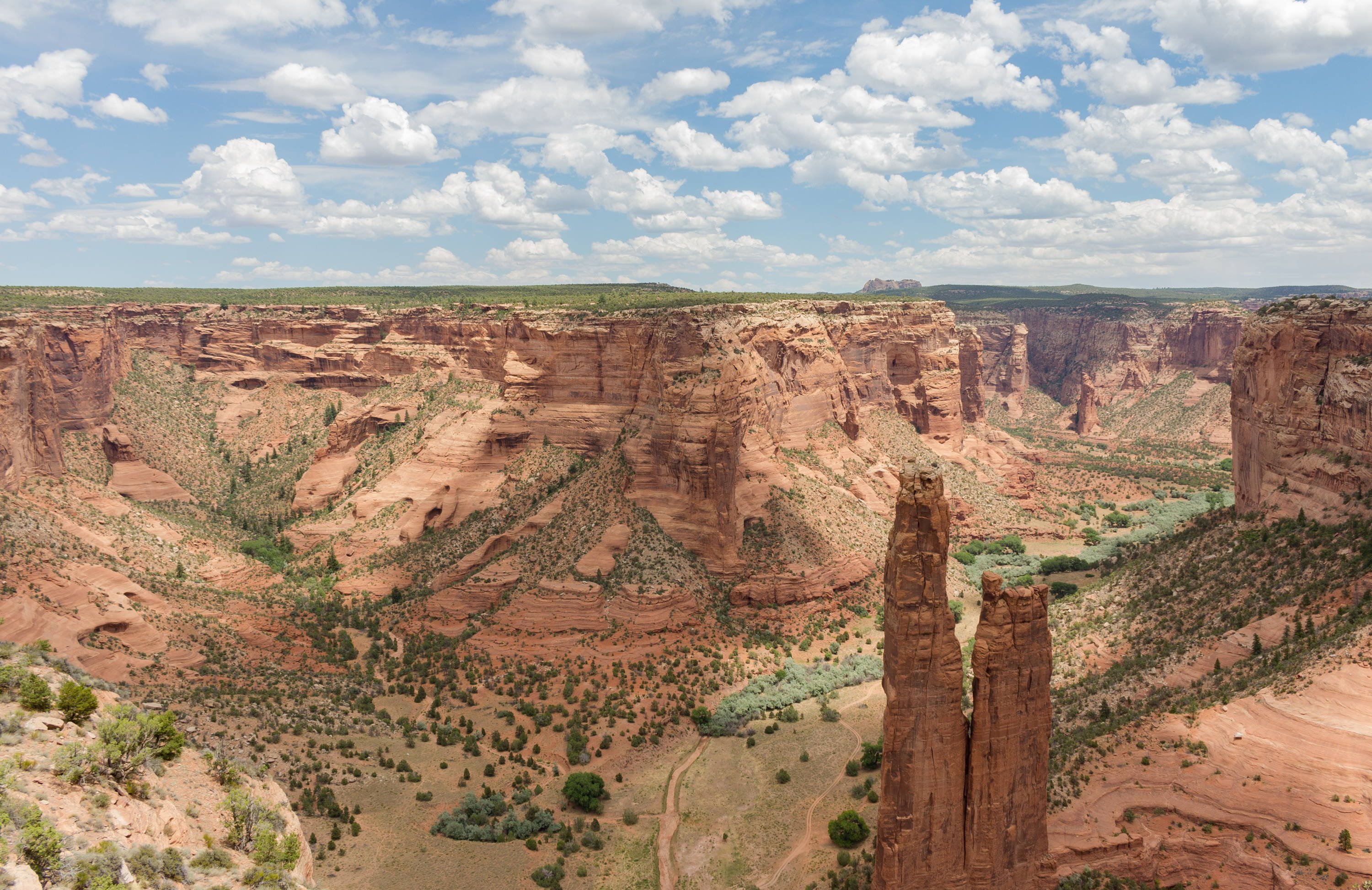 The Canyon de Chelly National Monument is a canyon that's been used for generations by the Navajo Nation. It was declared a national monument in 1931 to provide protection as well as preserve traditional practices like gathering herbs, hunting and weaving among other things; however it also offers some great hiking trails which lead visitors through canyons with sandstone walls over 400 feet tall. 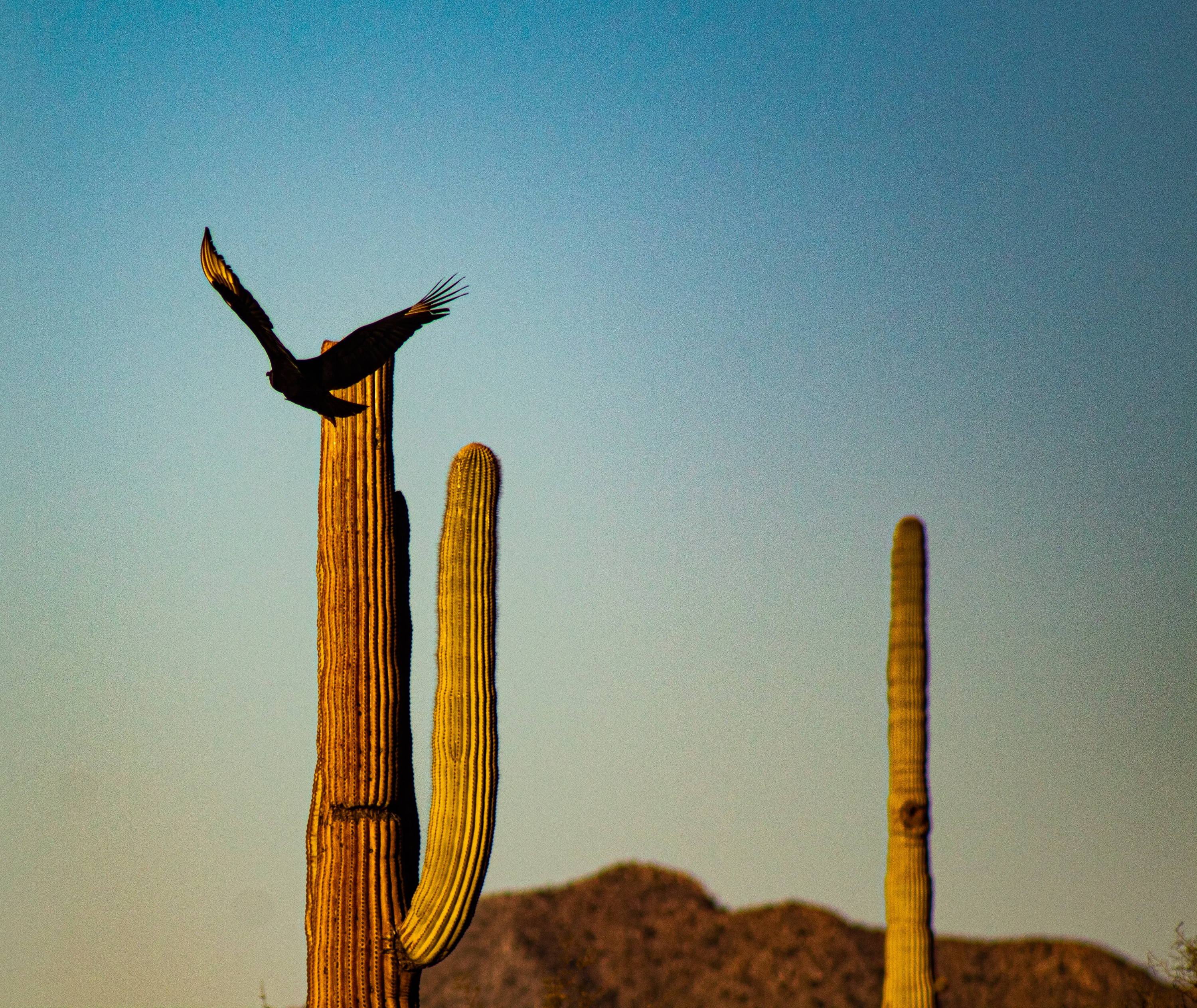 Organ Pipe Cactus National Monument includes a variety of plant and animal life, including endangered species like the Sonoran Pronghorn Antelope. There are over 25 miles of hiking trails within this park which feature desert landscapes along with some small oases found in parts where water has been collected; however it also provides protection for animals that have called this place home since before humans came to Arizona such as bighorns sheep, bobcats and quail while coyotes can be spotted patrolling at night. 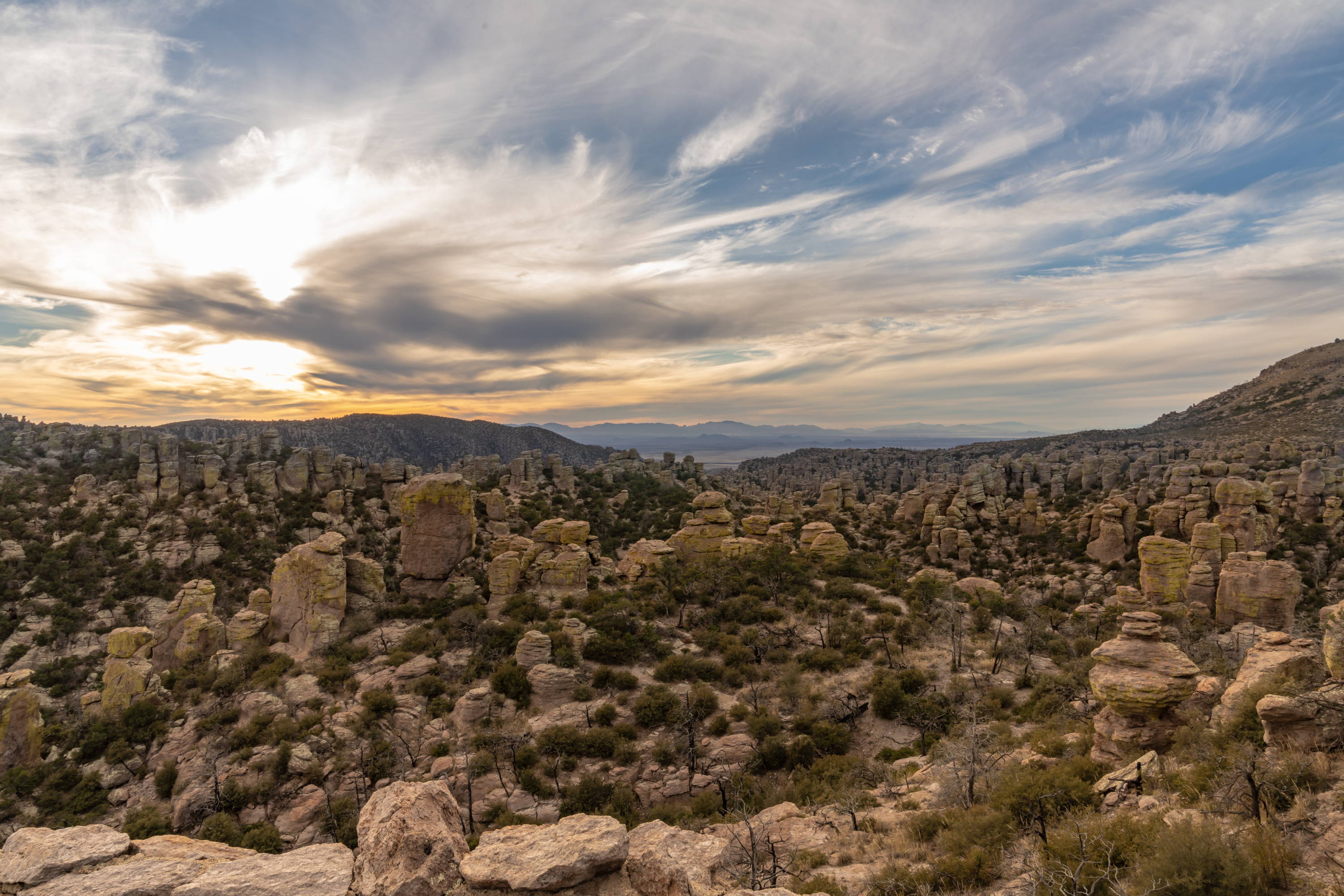 This national monument, which is located in the Chiricahua Mountains on the border of Arizona and New Mexico, has some great hiking trails where visitors can see petroglyphs made by ancient peoples as well as other historic points-of-interest while exploring a variety of different landscapes. There are also ruins to explore like those at Casa Grande Ruins National Monument that feature an 800 year old pueblo; however it's worth noting that this area is closed during summer due to high temperatures.

The Agathla Peak Trail features lots of dramatic views including ones from atop "Thunder Mountain" or "Sunrise Mountain." It offers beautiful vistas in all directions with plenty of space for picnics or lunchtime breaks. Other trails in the area include those which lead visitors to some of the highest points in southern Arizona like "Sunset Point," where you can see all six saguaro cacti and other desert plants as well as a variety of animals. 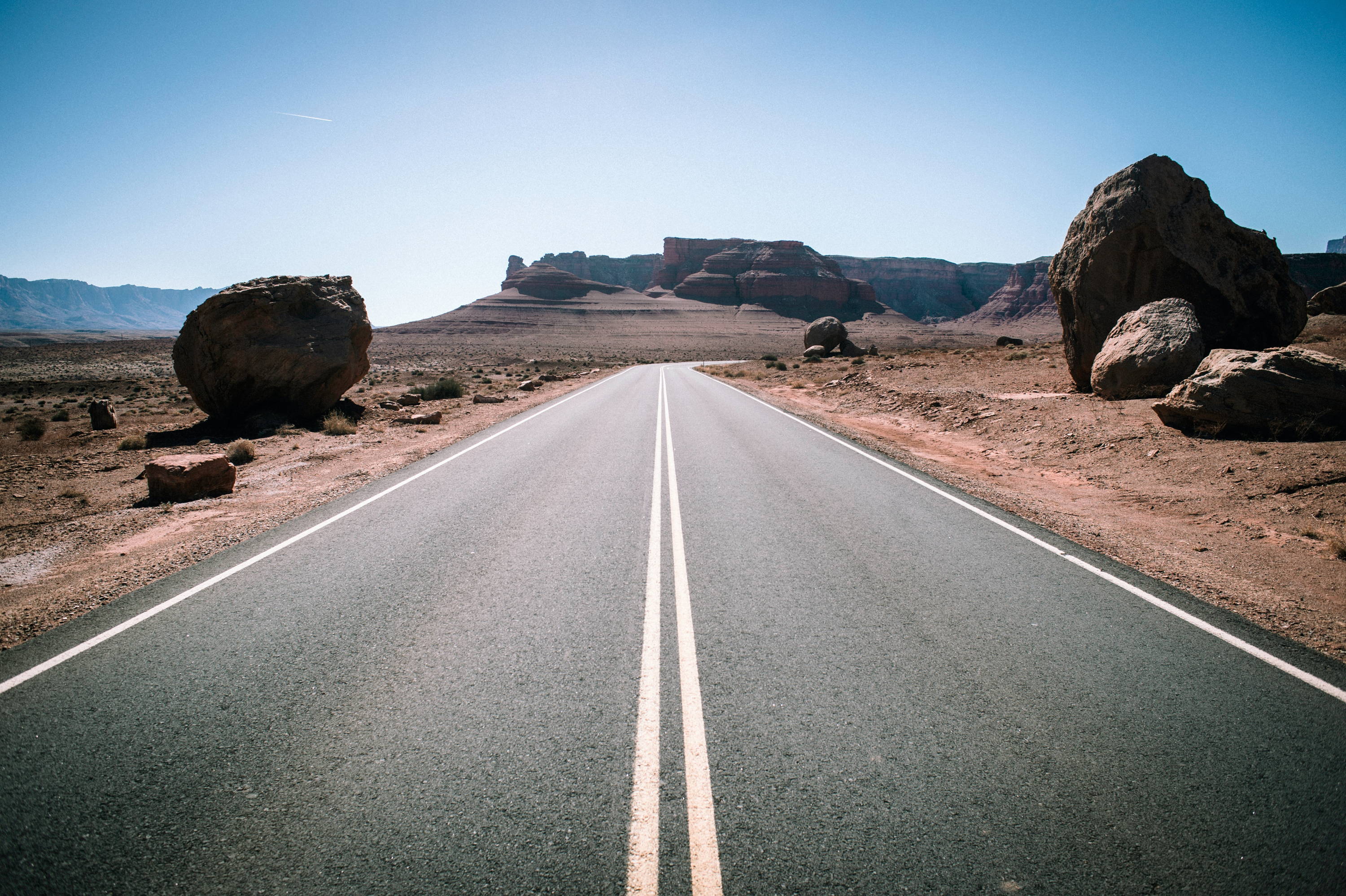 This national monument features some of the most rugged canyon terrain in Arizona and is located near Lake Powell on the Colorado Plateau. It's considered sacred to Native Americans, and legend says that it was once home to spirits who guarded a treasure chest full of gold; however this area is now protected by President Trump after he declared it as a national monument on December 28th, 2018. 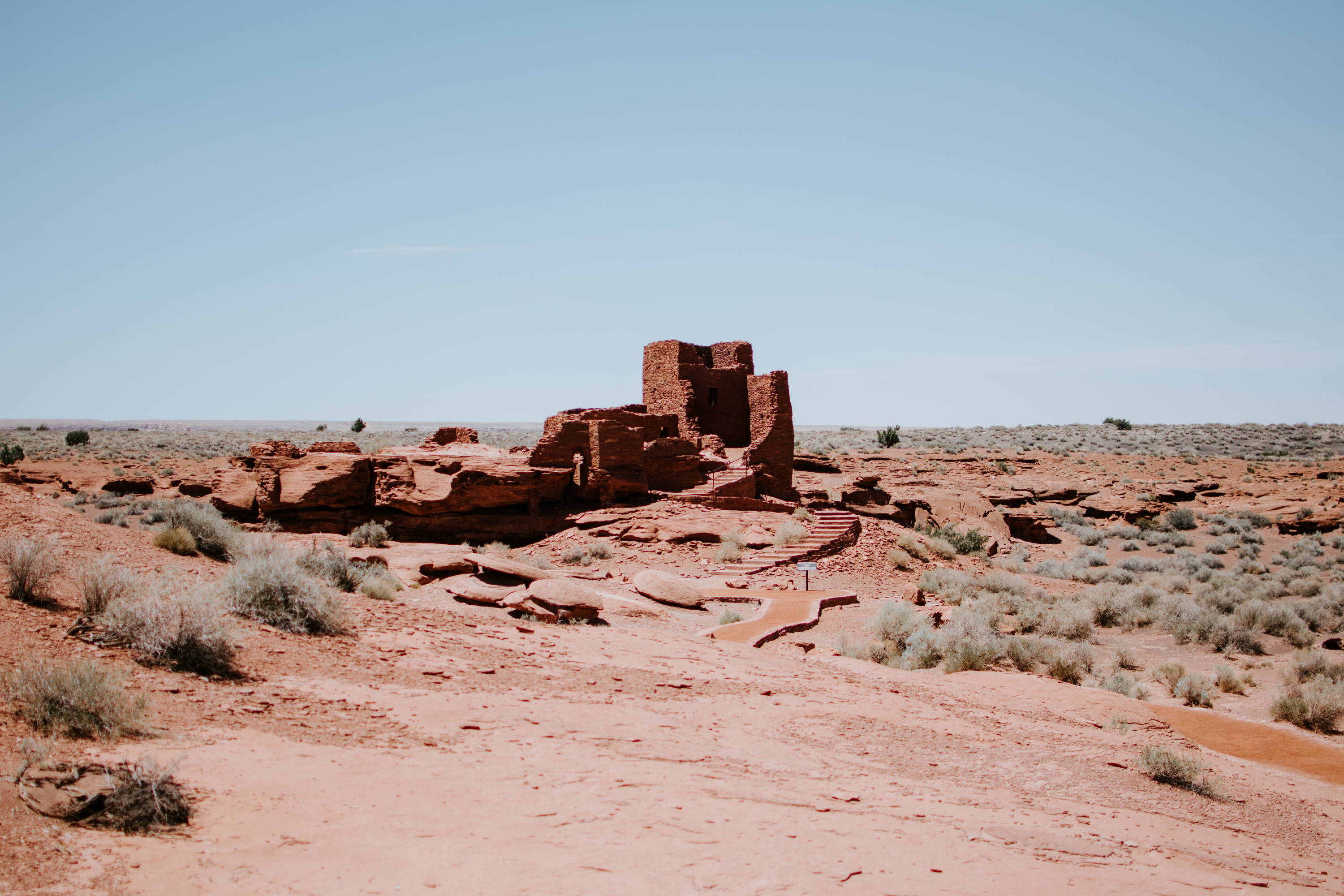 Wupatki National Monument features some of the best examples of prehistoric Native American ruins in Arizona. The buildings here are thought to have been built by Sinagua people and Pueblo Indians from around 1000-1400 AD; however there is also a lot more to explore including areas for hiking, biking or horseback riding as well as plenty of wildlife like coyotes that can be seen patrolling at night when visitors view this area with a guided tour. 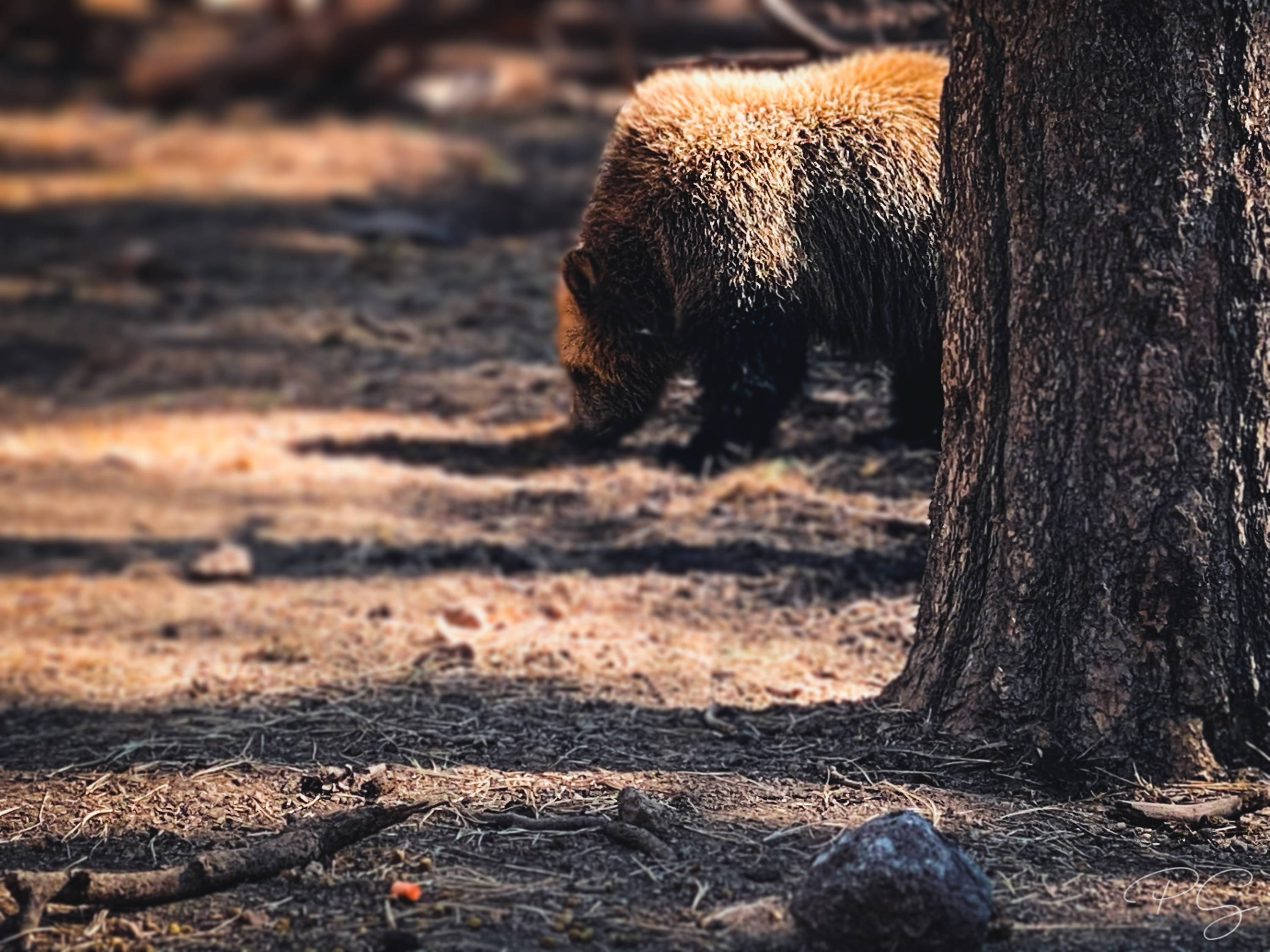 The Kaibab National Forest is a national forest in northern Arizona. This area features 200 miles of hiking trails as well as plenty of scenic views like those from the "Grand Canyon North Rim." There are also some great historic sites, including Jacob Hamblin Ranch that offers guided tours and first-hand accounts about life on the frontier before it became part of this protected land; however visitors can explore more through other hikes or biking trips found within this region. 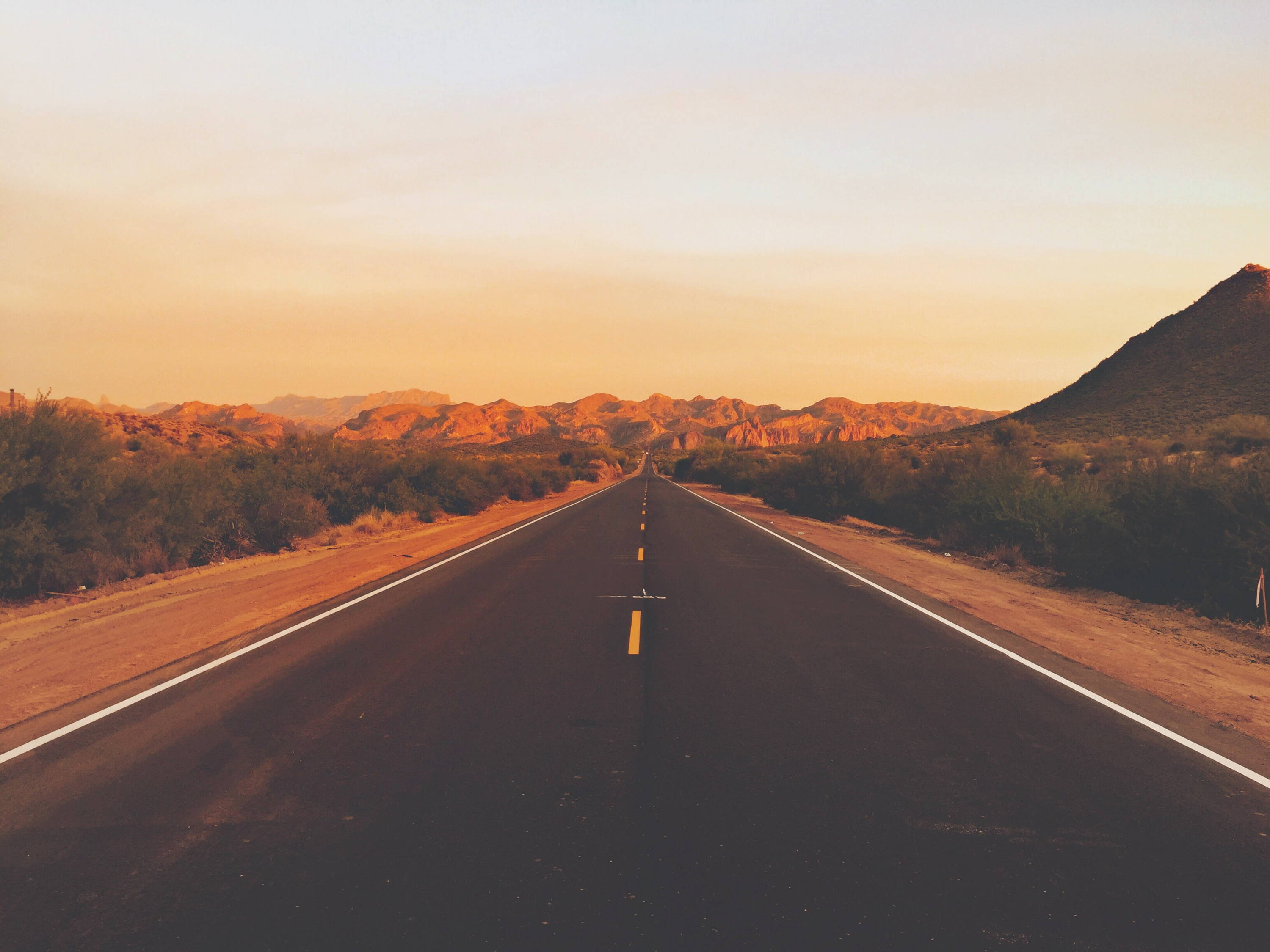 This national forest in the Sonoran Desert in central Arizona features plenty of diverse landscapes found through its four districts and two Salado-style cliff dwellings constructed by ancestral puebloans. There are also a variety of opportunities for recreation like hiking, biking or horseback riding as well as scenic views from peaks where visitors can look out over the plains and enjoy some incredible panoramas. 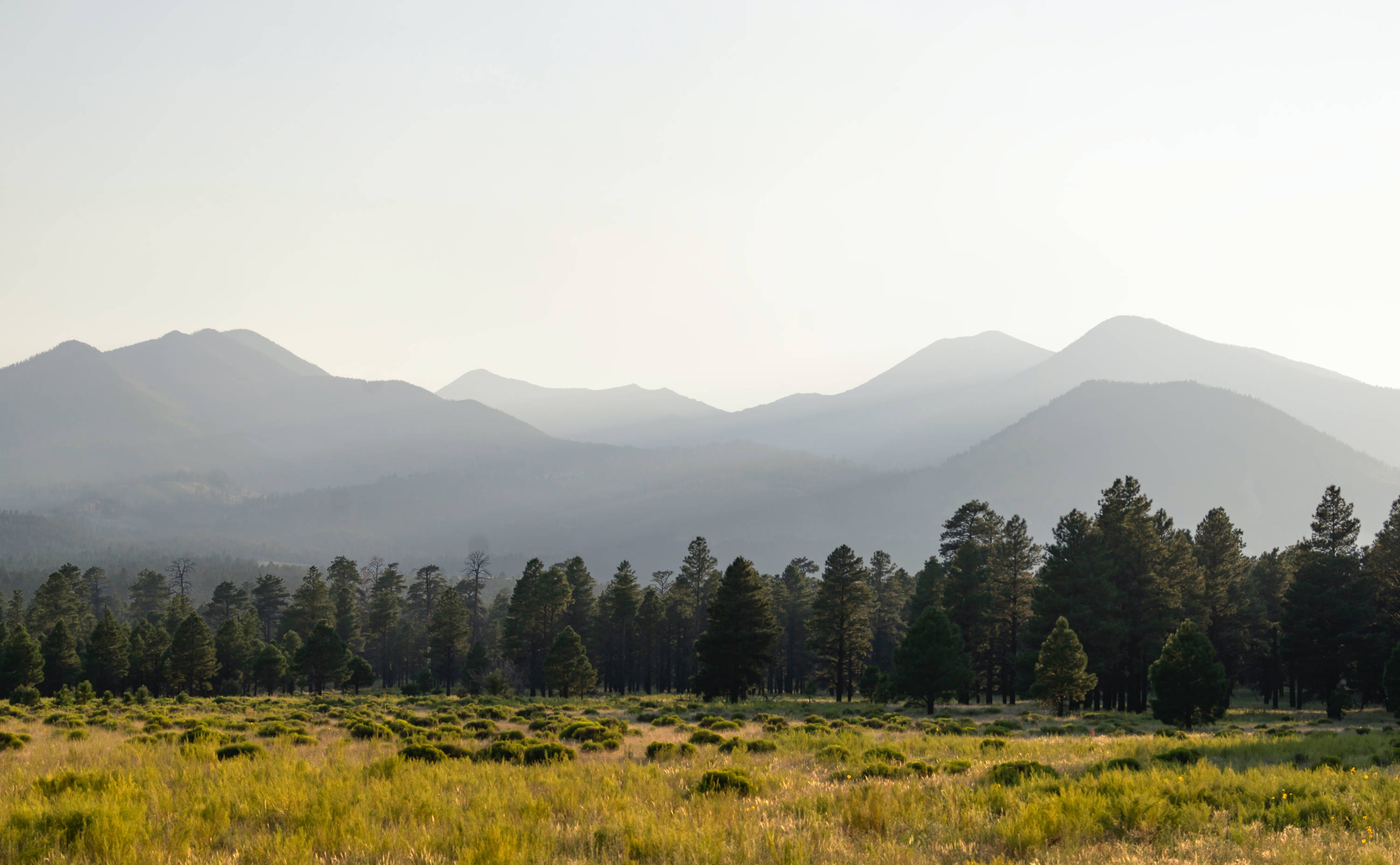 This national monument in Arizona features volcanic rocks and a variety of trails that offer scenic views as well as plenty of opportunities for exploration like visiting the "Sunset Crater Volcano." There are also other sites nearby, including some petroglyphs from Native American peoples and ruins from ancient cultures.

Walnut Canyon National Monument features a variety of historic ruins including some "Great Houses" built by the Sinagua people and Pueblo Indians that date back to 850-1300 AD; however it also includes plenty of trails for hiking, biking or horseback riding where you'll find fossils from long ago eras like those from dinosaurs.

This national monument, which is located on the Arizona-Utah border, features over 27 miles of hiking trails. The landscape here contains some of the oldest exposed rock layers in North America; however it also has a variety of animal life including wolves and bighorn sheep as well as plenty more to explore from various different points-of-interest like petroglyphs made by early native peoples.

Located in the Cochise Stronghold, Fort Bowie National Historic Site is thought to have been built by Western troops. It's also a good place for hikers or bikers who want to explore some of the area that features different natural habitats like those from desert mountains and canyons as well as an oasis with plenty of wildlife including birds and reptiles; however it does not offer any camping opportunities so visitors should come prepared if they plan on spending time here. 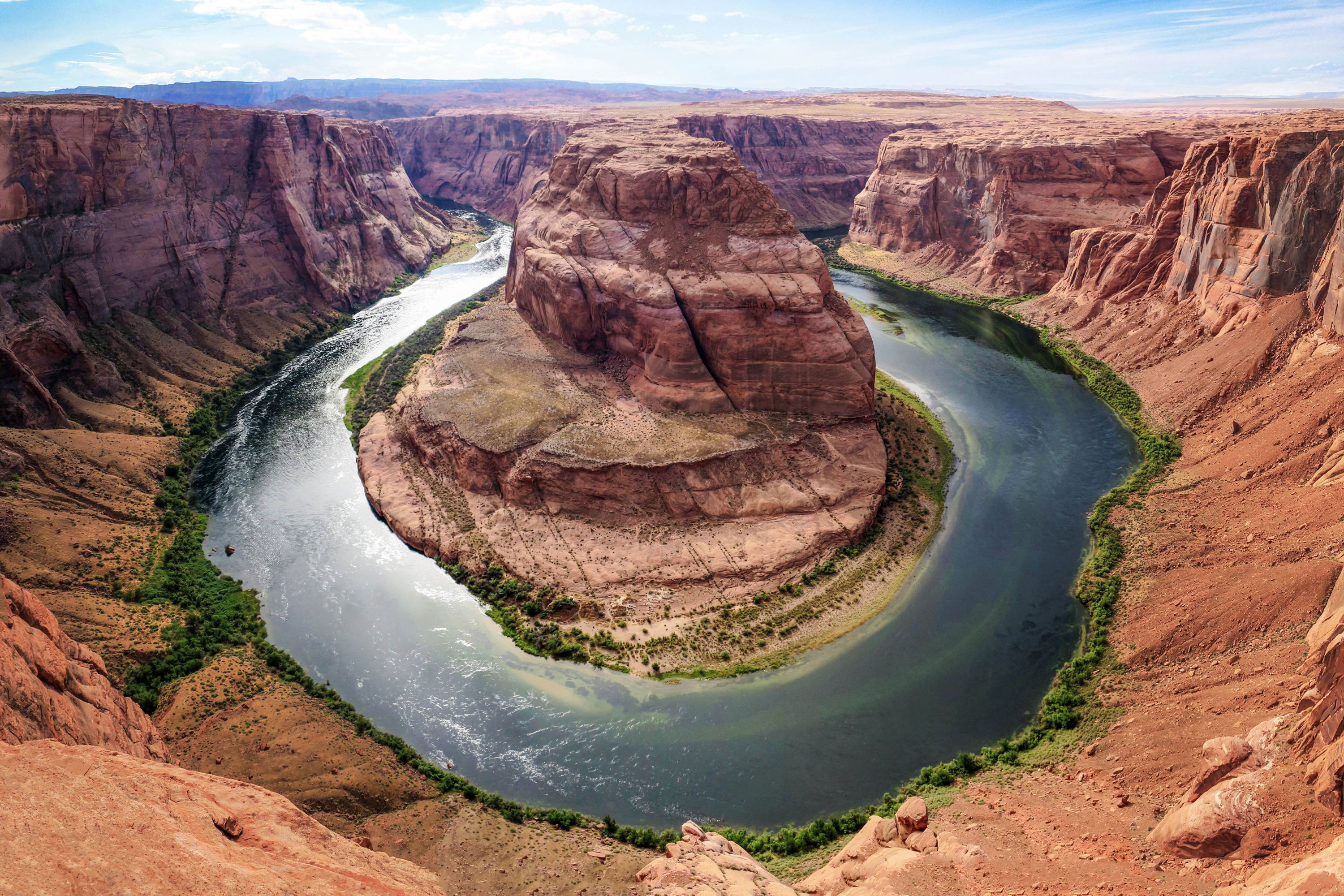 Looking for more on National Parks in Arizona and other outdoor adventures? Try these: