California contains a diverse landscape and is home to many excellent parks run by the National Park Service (NPS). Known for their natural beauty, California national parks are considered some of the best parks in the United States and, some would say, all of North America.

The most well-known among these is Yosemite National Park. Located in the Sierra Nevada just a three-hour drive from San Francisco, Yosemite is a spectacular place with many well-known attractions like El Capitan, Half Dome, Yosemite Valley, and Tuolumne Meadows. While the park is over 1,000 square miles and only 4 million people visit each year, most spend the majority of their time within the 7 square miles of Yosemite Valley, so this area can get quite crowded during the peak months. Recommend heading to Tuolumne Meadows to escape the crowds (and the heat!).

For more on Yosemite National Park, checkout our articles Best Time to Visit Yosemite and Things to Do in Yosemite. 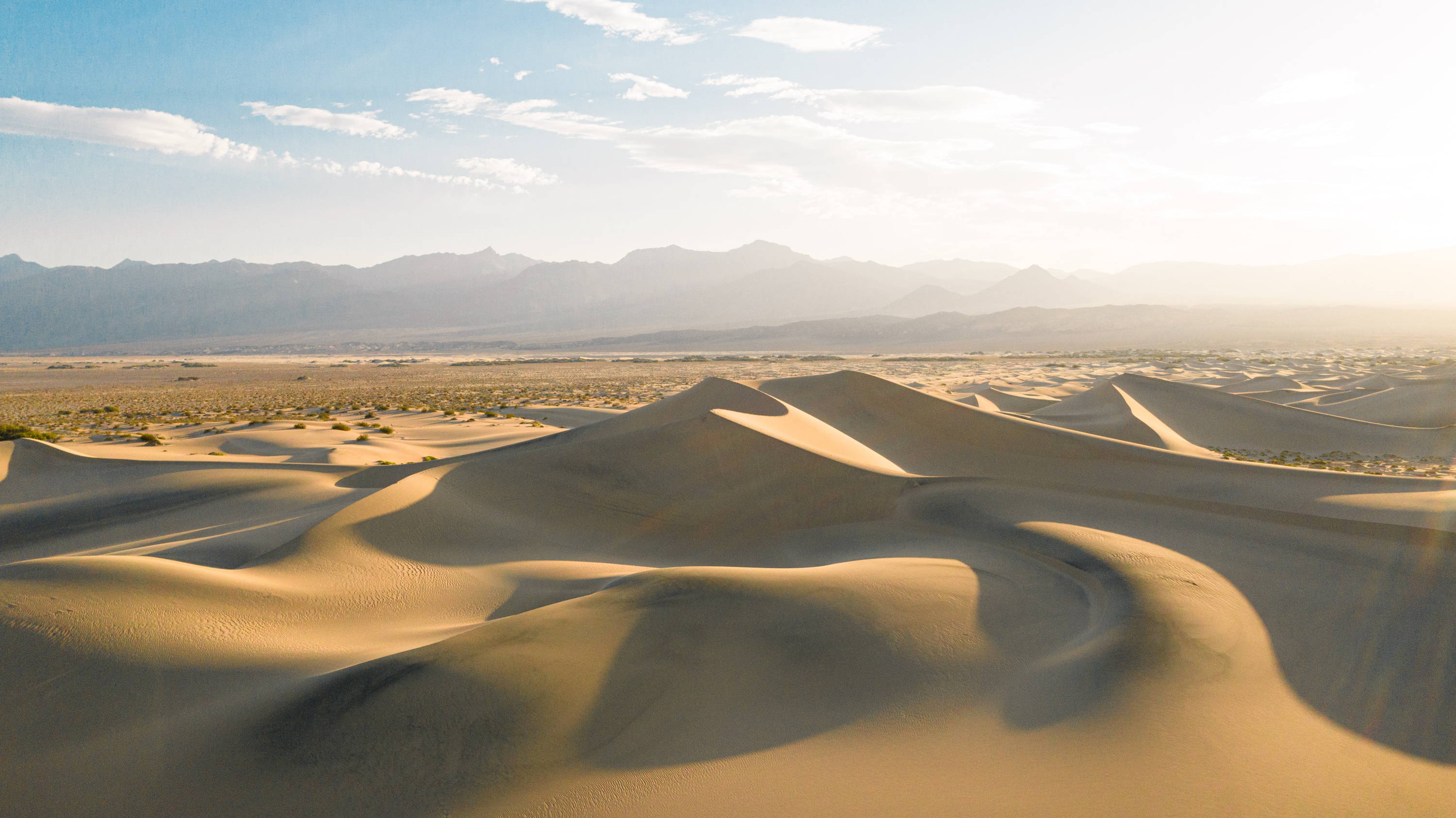 Next up is Death Valley National Park in the Mojave Desert. Just a three-and-a-half hour drive outside of Los Angeles, Death Valley is the largest national park in the contiguous United States. It is also home to one of the most extreme climates on earth as it's the hottest, driest, and lowest of all the national parks in the United States. Don't believe us? Just ask the people who run the Badwater Ultramarathon ("the world's toughest foot race") every year. David Goggins, anyone? 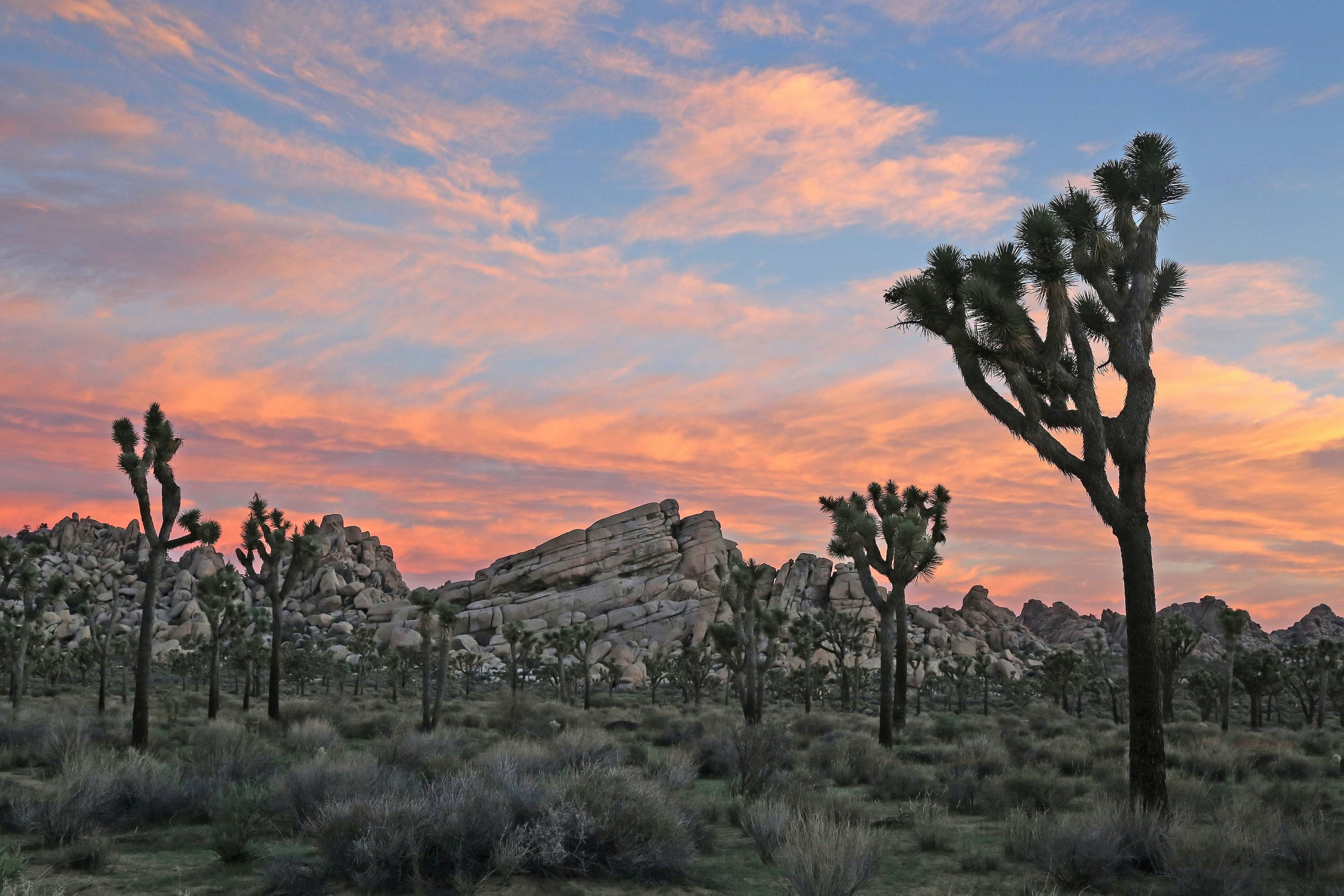 Joshua Tree National Park is 1,235.4 square miles (that's slightly larger than the state of Rhode Island) of incredible landscape in southeastern California. Named after the Joshua Trees native to the Mojave Desert, this park is known for its rugged rocks and hiking trails through Hidden Valley. It's also popular among rock climbers with thousands of routes available at all levels of difficulty.

Sequoia National Park is known for its, you guessed it, giant sequoia trees, including General Sherman Tree (the largest tree on earth by volume). It's also home to Mt. Whitney, the tallest peak in the contiguous United States at over 14,000 ft. above sea level, and is located just south of the next park on our list - Kings Canyon National Park. Really like trees? This parks contains 5 of the 10 largest trees in the world.

Redwood National Park and State Parks is located along the coast of northern California and home to the tallest trees on earth, including the tallest, Hyperion, standing over 350 ft. (Don't bother looking for it, however; the tree's location is undisclosed to protect it from damage.) The park also contains Fern Canyon, in Prairie Creek Redwoods State Park, which is a narrow canyon completely covered with ferns and moss that has been described as an "unforgettable natural wonder" by Steven Spielberg. 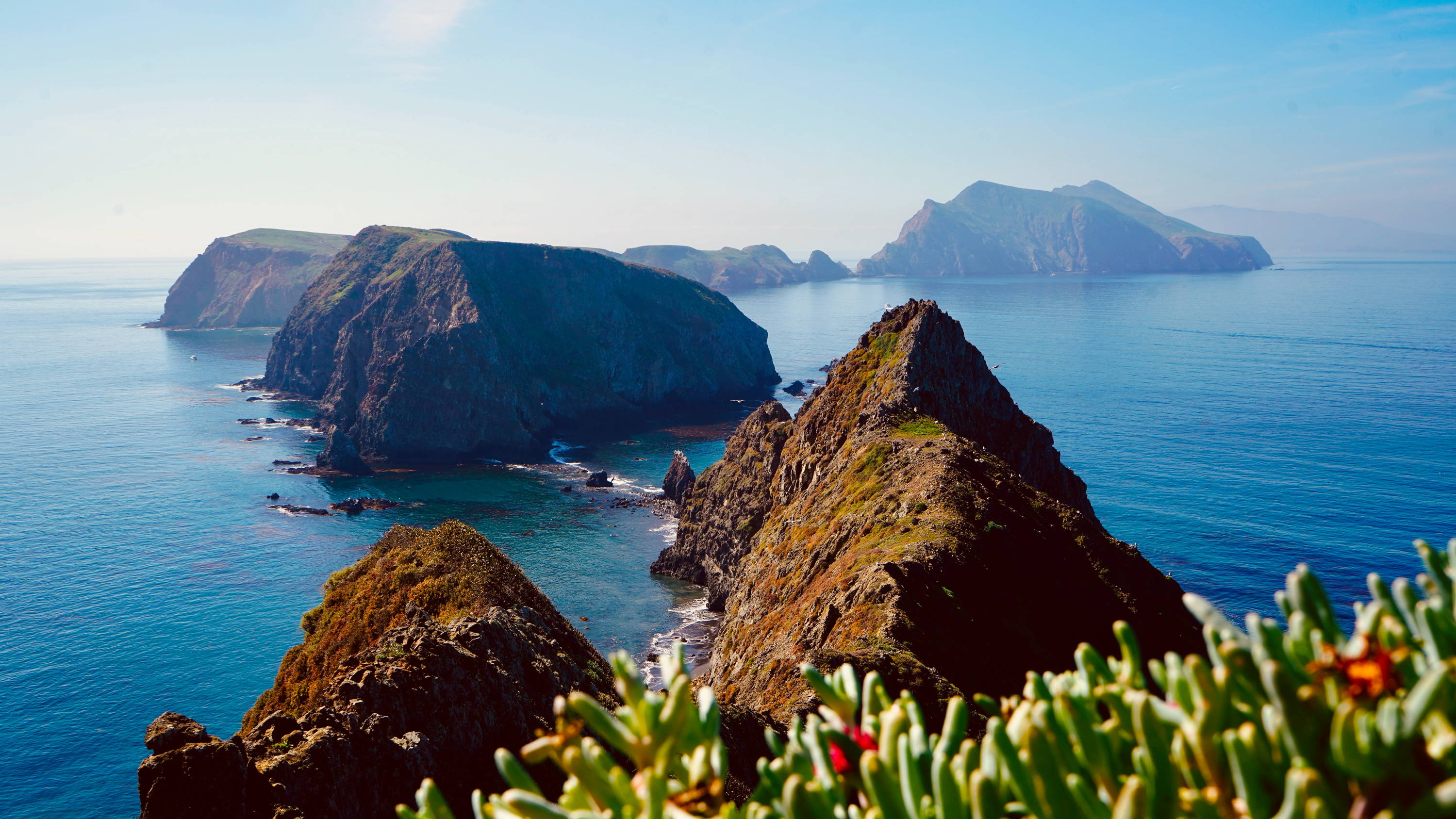 Channel Islands National Park consists of five ecological islands (Anacapa, Santa Barbara, Santa Cruz, San Miguel, and Santa Rosa), in the Pacific Ocean off the southern California coast near the Santa Monica Mountains. The largest of the islands, Santa Cruz Island, is majority owned and managed by The Nature Conservancy, and is home to many sea caves, including Painted Sea Cave. 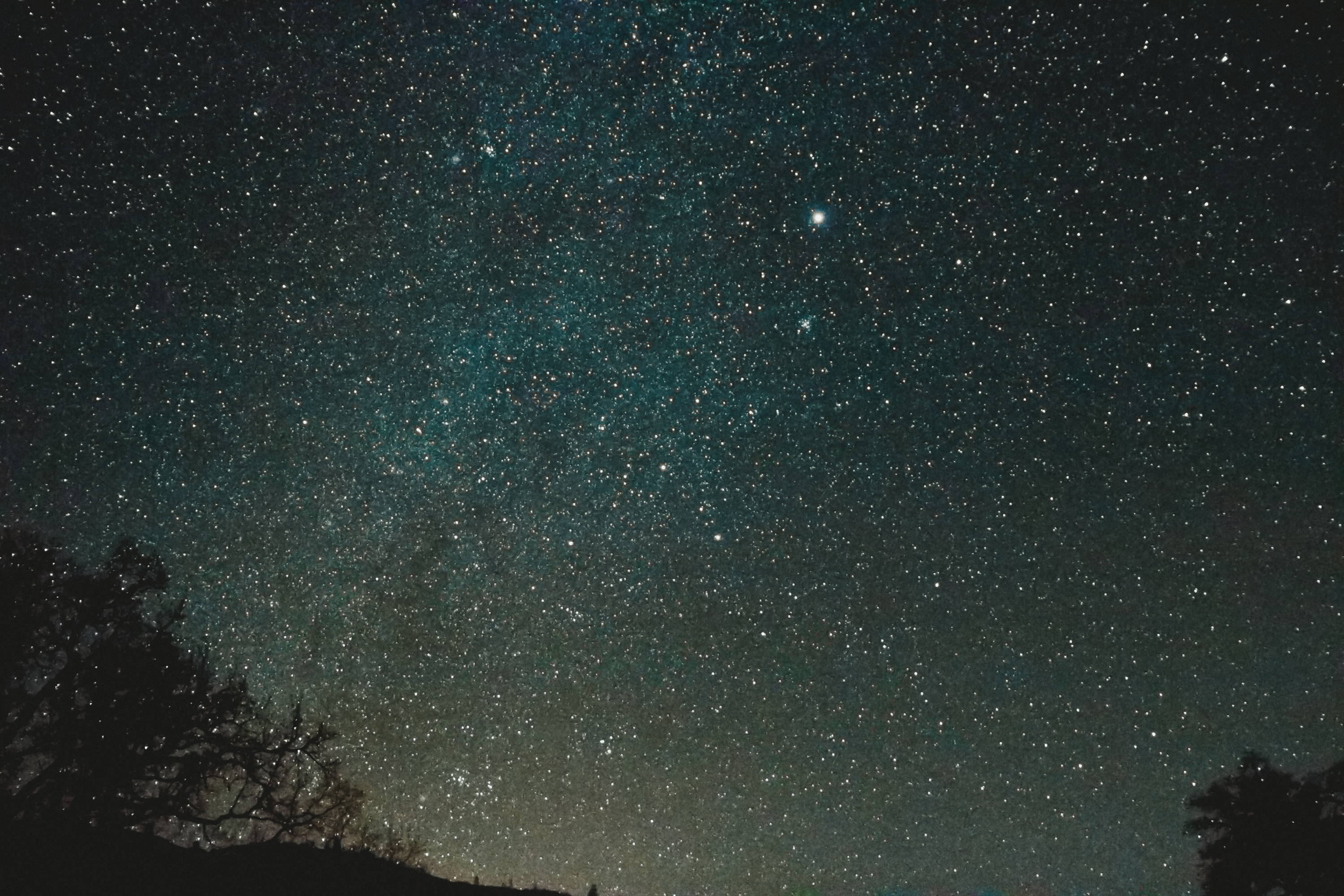 Pinnacles National Park is located in the central part of the state about 80 miles southeast of San Jose and gets its name from the eroded rock formations of an extinct volcano that moved 200 miles from its original location on the San Andreas Fault. This park, like Joshua Tree National Park, is popular with rock climbers due to the pinnacle rock formations. 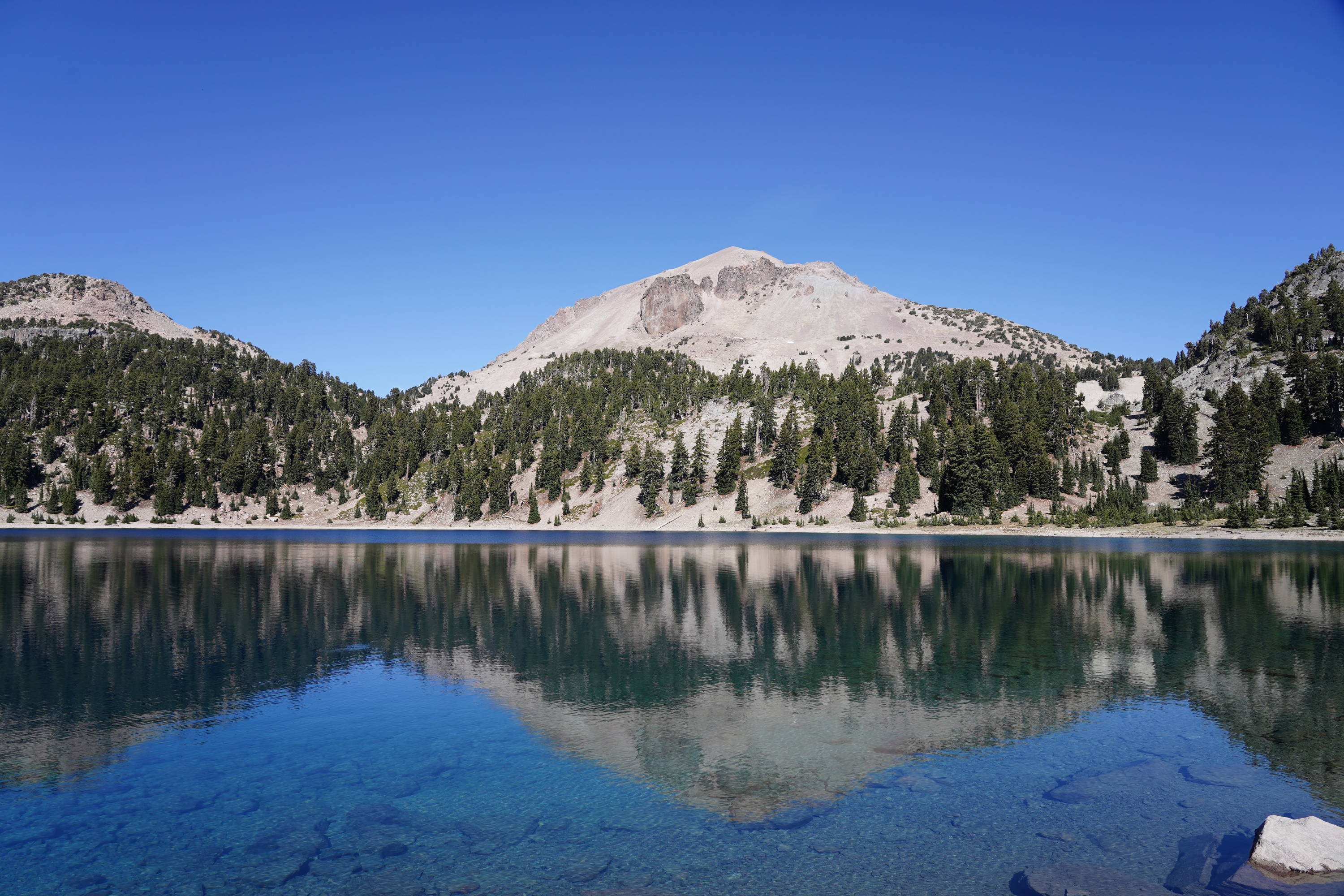 Lassen Volcanic National Park is in northeastern California and contains Lassen Peak, the world's largest plug dome volcano. The park was originally founded as two separate national monuments, Cinder Cone National Monument and Lassen Peak National Monument, and is one of the few places where all four types of volcanoes - plug dome, shield, cinder cone, and stratovolcano - can be found.

Not in California but worth the drive: 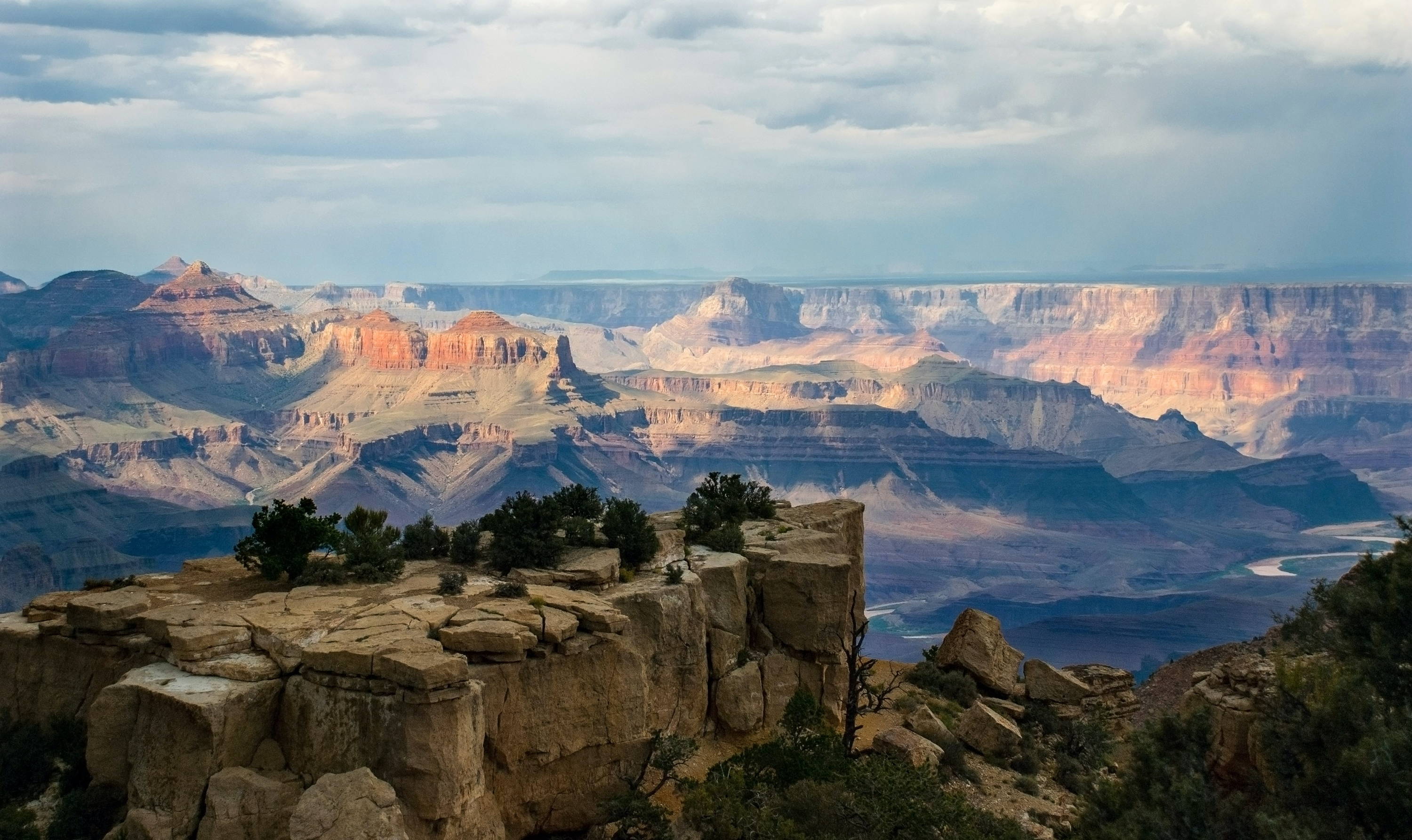 Grand Canyon National Park requires no introduction as it's a UNESCO World Heritage site and one of the most popular parks in the national park system, but is a worthwhile weekend trip if you don't mind the 7-hour drive. It has the second-most visitors of any national park in the NPS system after only Great Smoky Mountains National Park. Lipan Point is one of the more popular viewpoints and offers especially good views around sunrise and sunset. 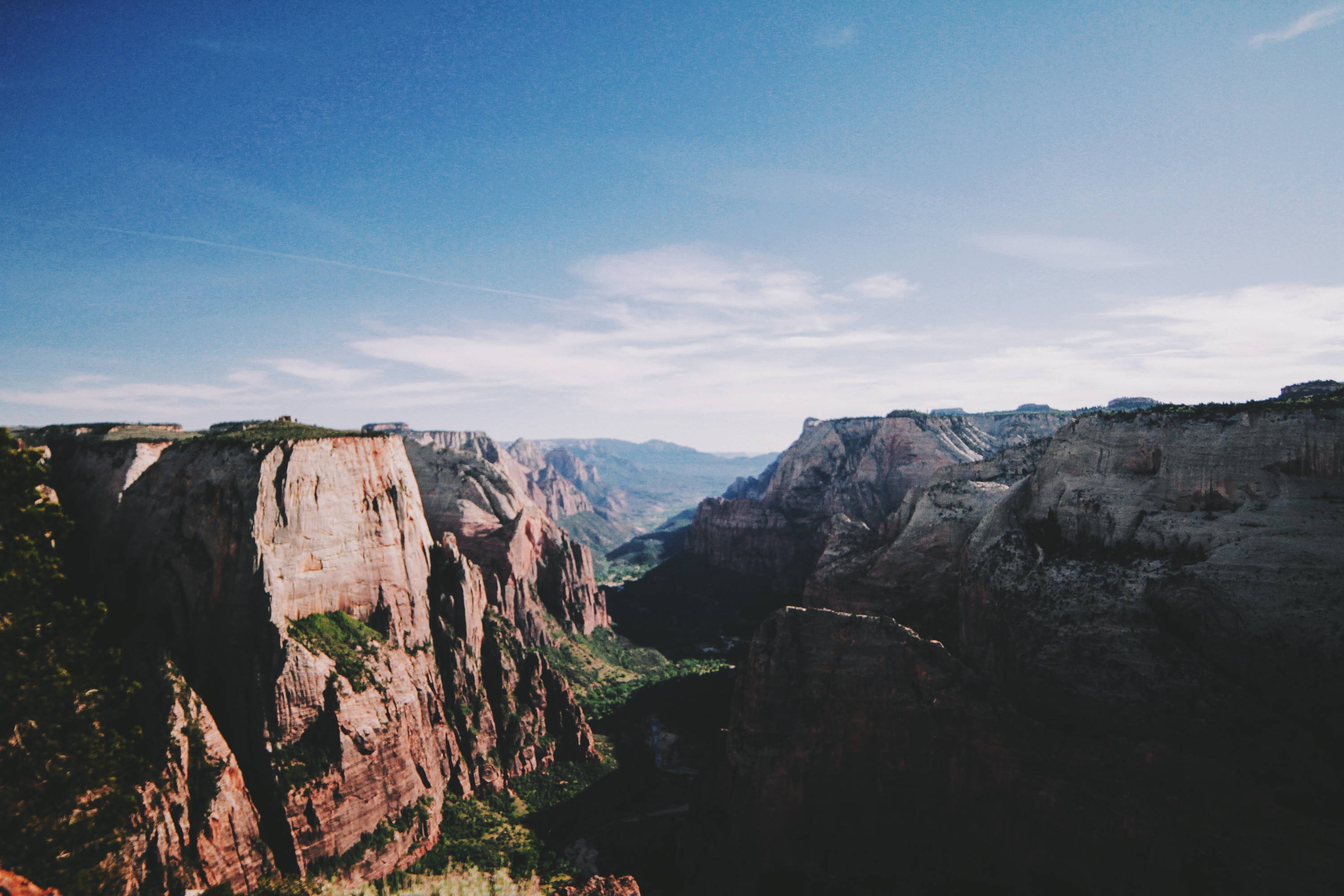 Zion National Park is under a 7-hour drive from Los Angeles and home to spectacular views of Zion Canyon, which is a 15-mile long canyon that's up to 2,600 ft. deep with reddish, tan sandstone walls cut by the Virgin River. The primary attraction is the canyon itself but the park contains many great hikes, including the one up Angel's Landing.

Not national parks but worth mentioning: 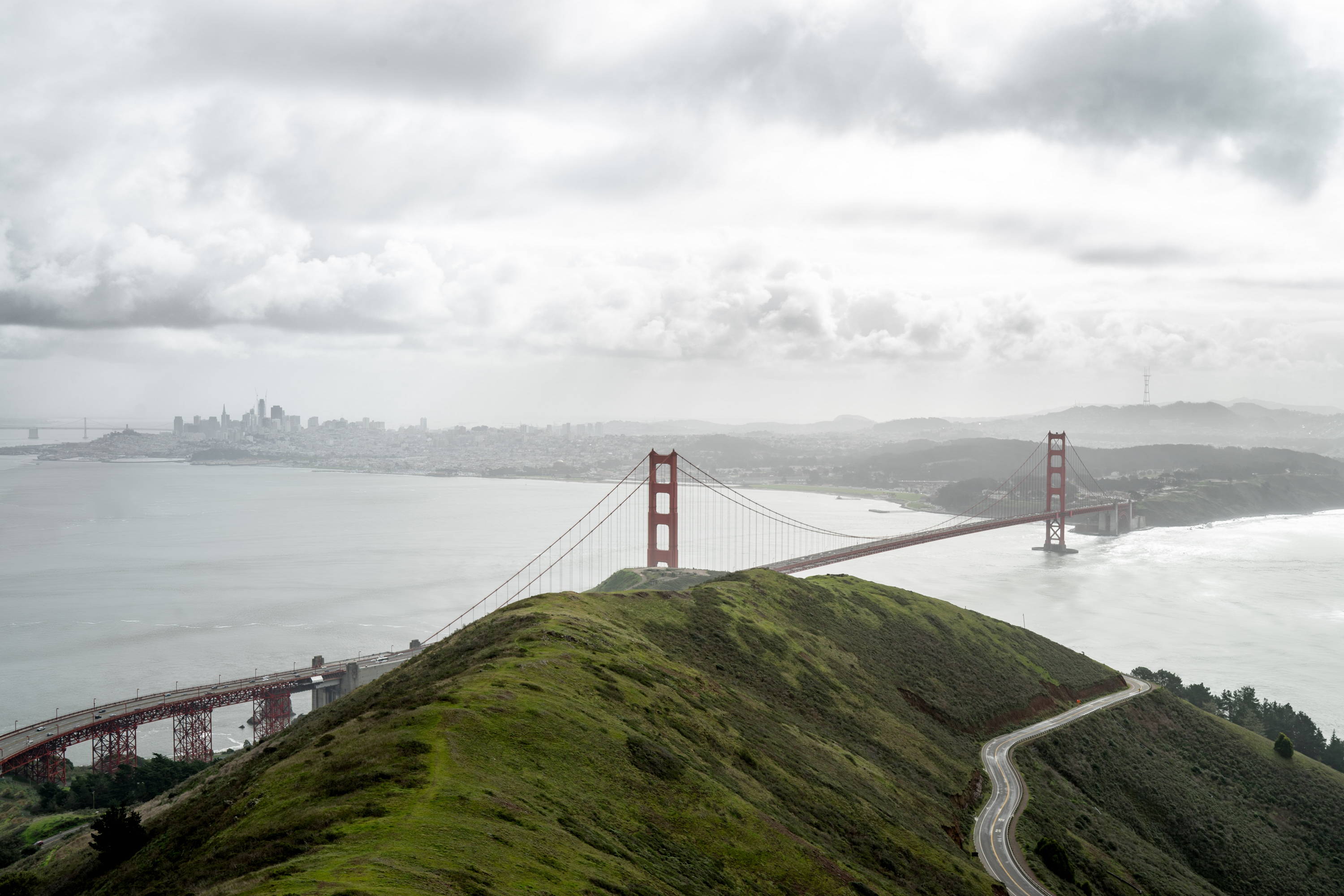 Golden Gate Bridge National Recreation Area (GGRNA) is the most visited location in the U.S. national park system with 15 million visitors per year. The park is not one contiguous area, but a series of areas that stretch from San Mateo County to Marin County and include famous attractions such as Muir Woods National Monument, Alcatraz, and The Presidio. It's home to over 3,000 plant and animal species.

Calaveras Big Trees State Park is about a 2-hour drive from either Sacramento to the northwest or Yosemite to the southeast and contains two groves of giant sequoia trees. While a bit off the beaten path and not quite on par with Redwood National and State Parks, Sequoia National Park, or Kings Canyon National Park, Calaveras offers plenty of trails and scenic views. 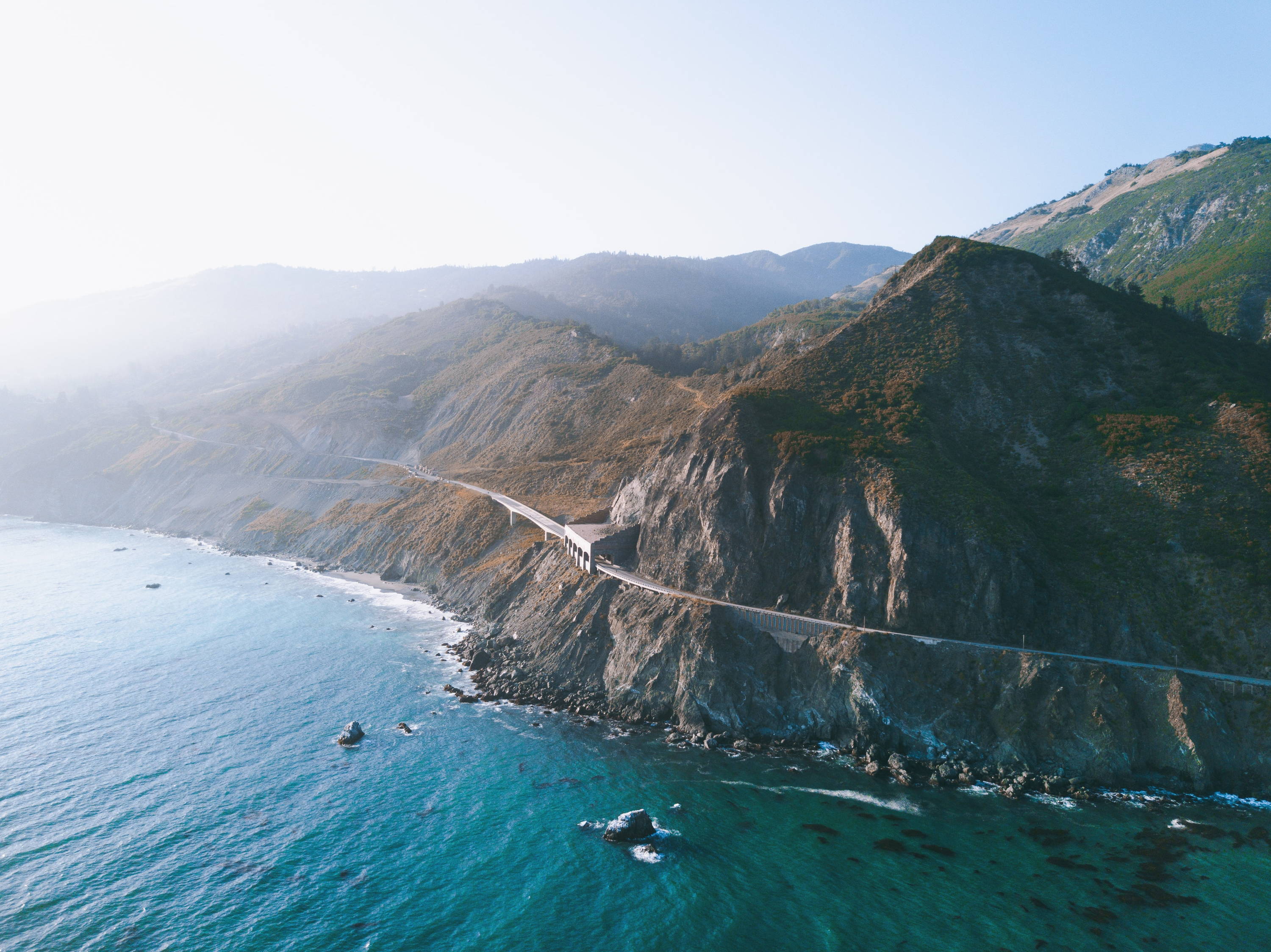 Julia Pfeifer Burns State Park in the Big Sur region is not a national park, but certainly worth mentioning and worth a trip if you like majestic coastal views and serene beauty.

Want to learn more about this area? Check out our articles Best Parks for Backpacking Big Sur and Big Sur Camping & Other Lodging Options. 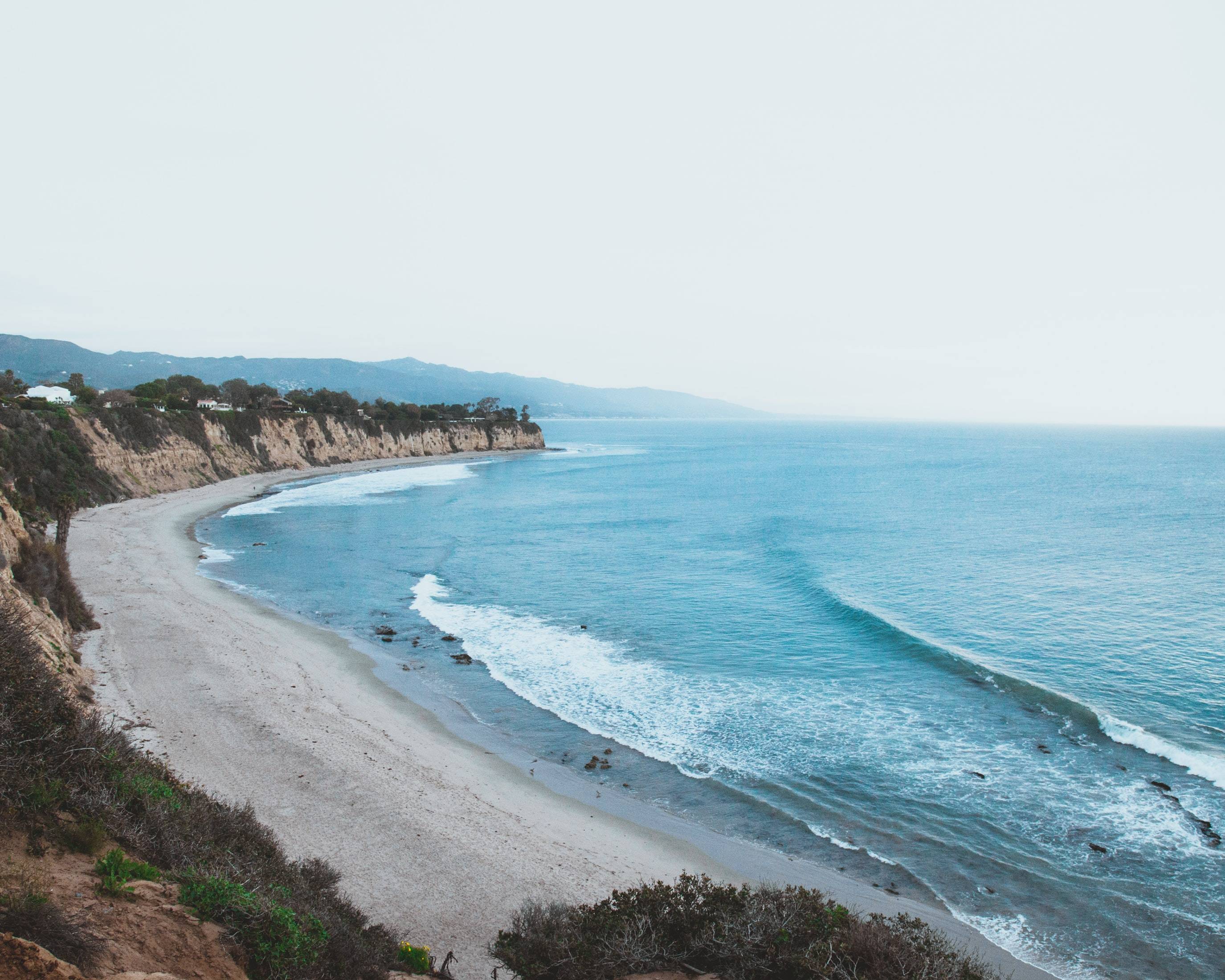 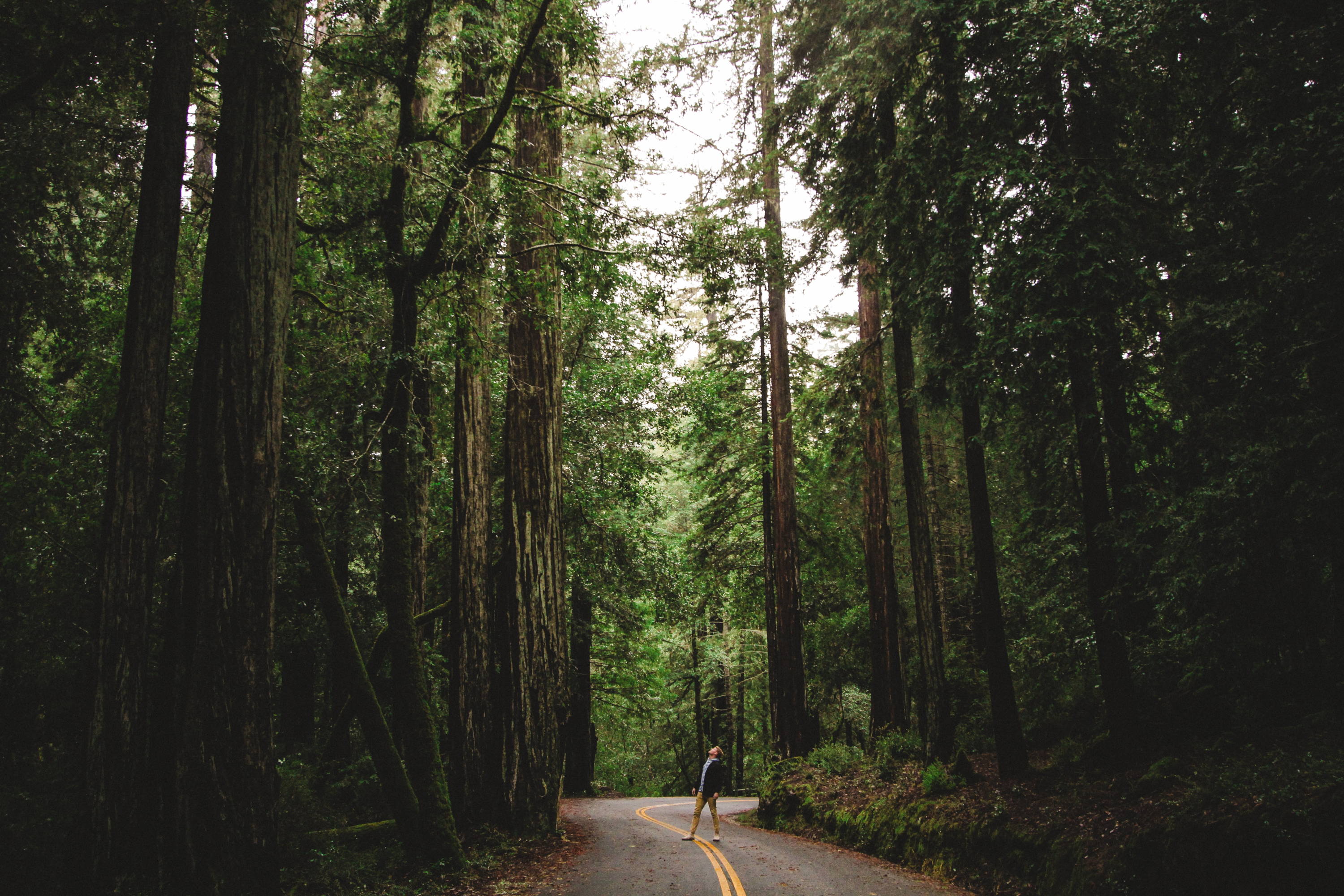 Big Basin Redwoods State Park is located in Santa Cruz county in the middle of the state and is California's oldest state park. It contains the largest continuous stand of ancient coastal redwoods south of San Francisco and over 81 miles of trails. 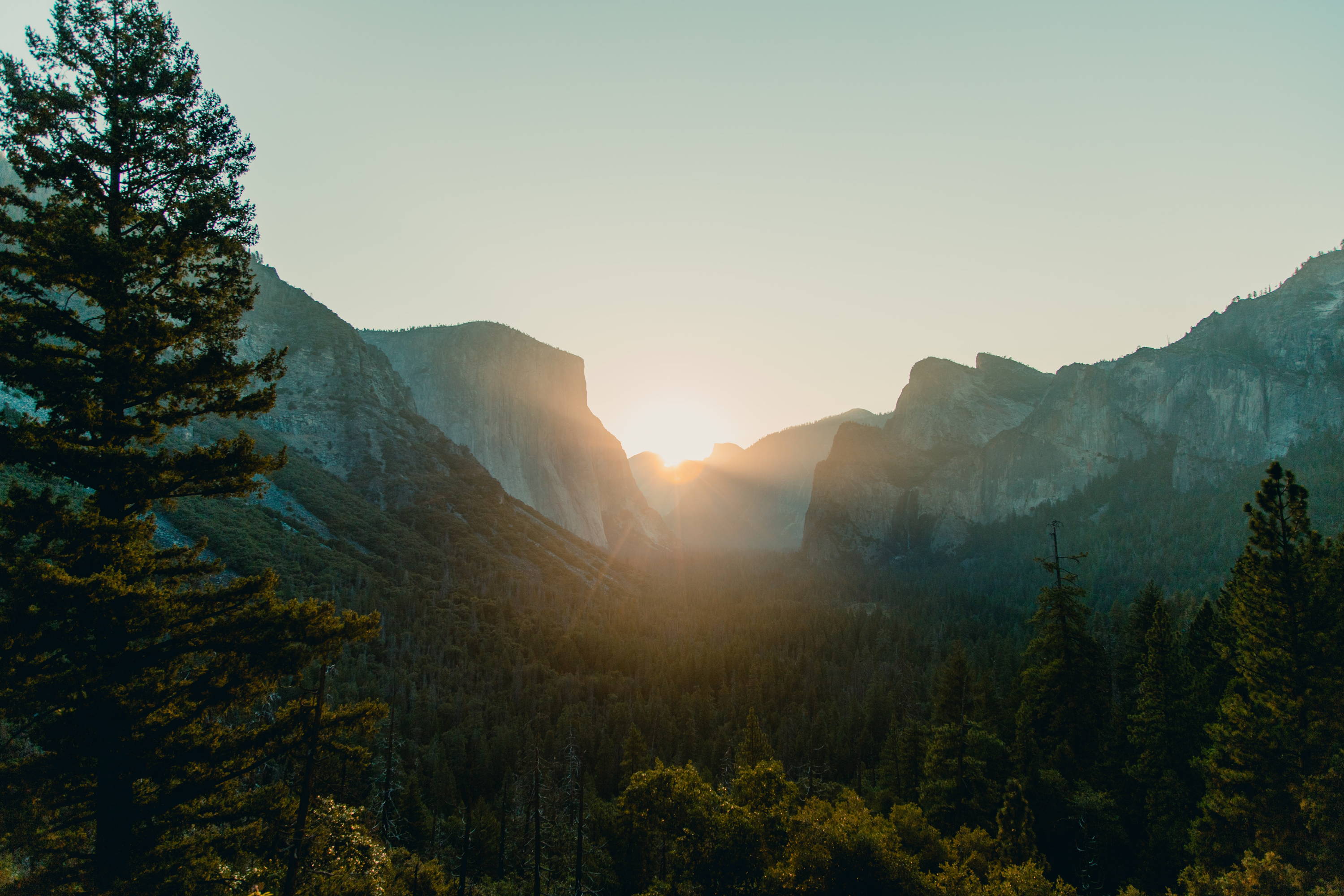 Looking for more on National Parks in California and other outdoor adventures? Try these: