Passion Fruit: How to Eat and What Does it Taste Like? 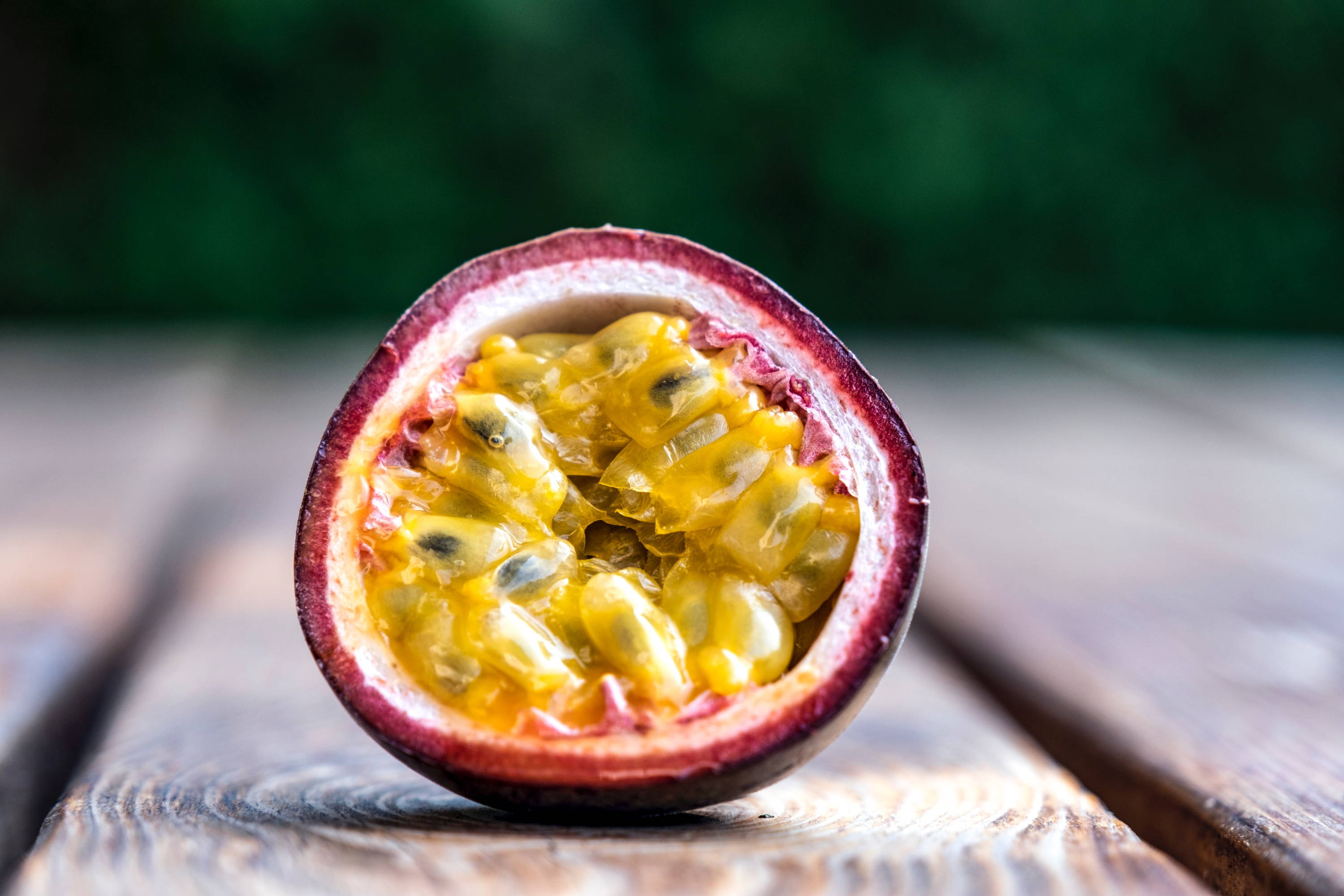 Passion fruit is a delicious tropical fruit that has a sweet and tangy flavor! In this article, we'll discuss the different ways you can eat passion fruit as well as its nutritional value. You'll also find out how to purchase it at your local grocery store or farmer's market so you can start enjoying this tasty treat today!

Watch this video on how to grow passion fruit

What is passion fruit?

Passion fruit (passiflora edulis) is a tropical, egg-shaped fruit from the passion fruit vine with a spiky exterior that has an orange to yellow color. It contains a single seed surrounded by juicy, acidic pulp.

The passion fruit is native to South America and Brazil where it can be found growing on the edges of rain forests. It was brought to Florida in 1823 as an ornamental plant but had been grown there since 1774 when passion fruit seeds were first sent from France to Haiti. From here, it spread throughout Central America and up into North America before being introduced in Hawaii in 1899 after making its way over from Mexico or Cuba via New Orleans. Nowadays, this tropical fruit can be found all around the world from the United States to South Africa to New Zealand to Puerto Rico - perfect for those who are always looking at ways they can save money on their fresh fruit and vegetable bills.

It is also the national fruit of Paraguay, Brazil and Ecuador.

The fruit is an ovoid, indehiscent berry with a leathery skin and soft passion fruit pulp surrounding the seedy interior. They have many claimed health benefits (including helping with blood glucose metabolism / insulin sensitivity, blood pressure, and heart disease), are high in dietary fiber, and rich in antioxidants like Vitamin C and Vitamin A (Beta Carotene) which helps the immune system by fighting free radicals and gives them their unique acidic flavor - perfect for cutting through richness from other ingredients when used in desserts or eaten on its own!

The most common varieties sold in supermarkets are purple-red or purple passion fruit (the Australian Illawarra variety) and golden yellow passion fruit (the Williams hybrid). Purple-pink variants exist but they're less common due to being more delicate than the red varieties. These fruits have been around since at least 17th century France where it was given many names including "Passion Flower" because of its resemblance to flowers of that same name, "Passion Fruit" from Portuguese "paisana", and the French word for zesty which is piquant.

The passion fruit flavor has also been described as tangy with a rich sweetness like grapefruit or pineapple but it can vary depending on its variety. In Brazil they are often eaten whole so people who want to try them should be aware of this before biting into one! It's common to find seeds in these fruits; if you're not keen on eating the seed then remove it by scooping out the flesh with an ice cream scoop first - otherwise any passion fruit juice will get all over your hands when trying to peel away the skin. If there are too many seeds inside just discard half of them before cutting it in half.

After removing the seed, slice the fruit into wedges to enjoy with a spoon or fork - you can also eat them on their own as they're quite juicy and refreshing! The tartness of passionfruit is often used for flavoring salad dressing or desserts like pie, mousse, ice cream or cake so it's worth getting some ideas from your local bakery if there are any near you. It has been said that this flavor enhances chocolate because of its acidic properties which means that adding these two ingredients through baking may be an interesting experiment for dessert lovers who want something different yet delicious at the same time.

Passion fruits will last longer when refrigerated (vs. room temperature) but should always be stored separately from other fruits so they don't get bruised or damaged.

How to eat passion fruit?

To eat a passion fruit, cut it in half with a sharp knife. Remove the insides and scoop out any seeds or strings that may be present. Slice into segments and scrape off any remaining flesh on the skin of the segments. Eat as is for an easy snack, add to cereal for breakfast, use in smoothies or freeze them whole to enjoy later!

The flavor can vary depending on how ripe they are when picked - if you don't know what type of fresh produce vendor you're buying from ask before committing! The classic descriptions given are: tart (unripe), sweet-tart (medium ripeness) and tangy/sweet (overripe). If your passion fruits have no natural sweetness left , add a little sugar or honey for the desired level of sweetness.

Passion fruit tastes like a sweet, tart mix of pineapple and oranges. The skin is edible but must be peeled before eating the fleshy interior.

The flavor depends on when you eat it: A freshly picked passionfruit has an intensely sour taste; if left to ripen for just one more day, its sugar content rises to make it very mellow in sweetness. Passionfruit can also be eaten raw or cooked into preserves and with some vegetables as well as mixed with other fruits such as bananas, giving them a tangy twist!

In Brazil the fruit is often mashed lightly then combined with milk or cream along with honey or sugar and put through a blender until smooth - this makes an excellent addition to any breakfast pulpy juice blend.

The flavor depends on when you eat it: A freshly picked passionfruit has an intensely sour taste; if left to ripen for just one more day, its sugar content rises to make it very mellow in sweetness. Passionfruit can also be eaten raw or cooked into preserves and with some vegetables as well as mixed with other fruits such as bananas, giving them a tangy twist! In Brazil the fruit is often mashed lightly then combined with milk or cream along with honey or sugar and put through a blender until smooth - this makes an excellent addition to any breakfast juice blend.

The skin is edible but must be peeled before eating the fleshy interior. Passion fruit tastes like a sweet, tart mix of pineapple and oranges. The flavor depends on when you eat it: A freshly picked passionfruit has an intensely sour taste; if left to ripen for just one more day, its sugar content rises to make it very mellow in sweetness.

Where to buy passion fruit?

Passion fruit is available in many grocery stores and can also be found at farmers markets. They are usually sold as fresh fruits, frozen or canned.

Passion fruit is also available in some specialty supermarkets, but they are not as common. If you visit a specialty market that does carry the fruit, expect to pay more than what you would at a grocery store because it costs more for them to stock and distribute the products.

Some of these stores may have passion fruits imported from overseas like South America or Asia where most of this type of produce grows best.

Why is passion fruit so expensive?

Passion fruit is expensive because it’s not grown year-round. It grows in warm climates, so there are seasons where they grow and others where they don’t. There aren’t many places that can produce enough passion fruit to meet demand for the whole year.

The other reason is because it takes a lot of work to peel and cut up the fruit. The skin on passion fruit can be difficult to remove, so people who buy them often want pre-cut pieces. And those are also usually expensive. 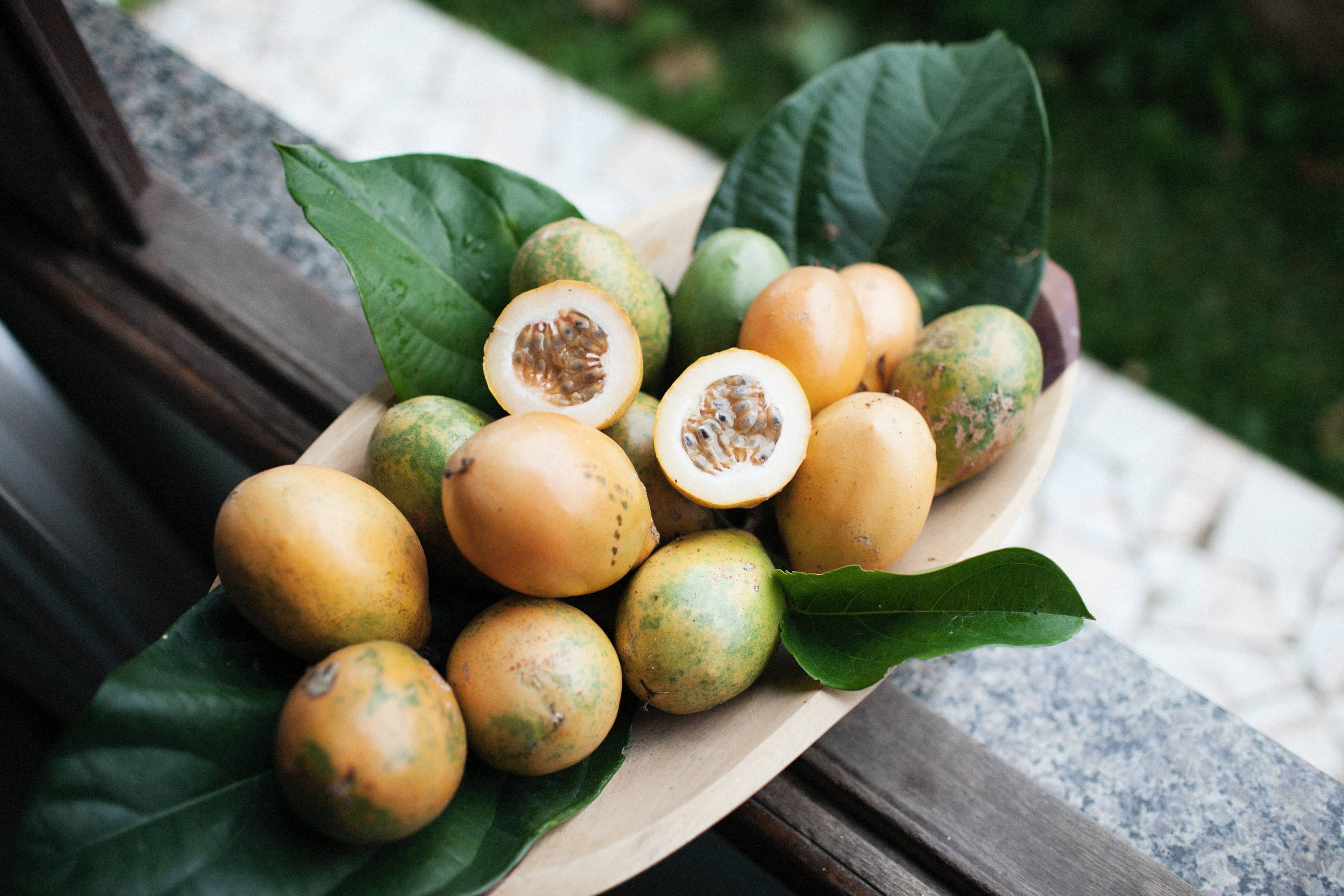 Hope you enjoyed this article about passion fruit!

Looking for more on Passion Fruit and other similar content? Try these: