The Philodendron Rio: A Houseplant for All Levels 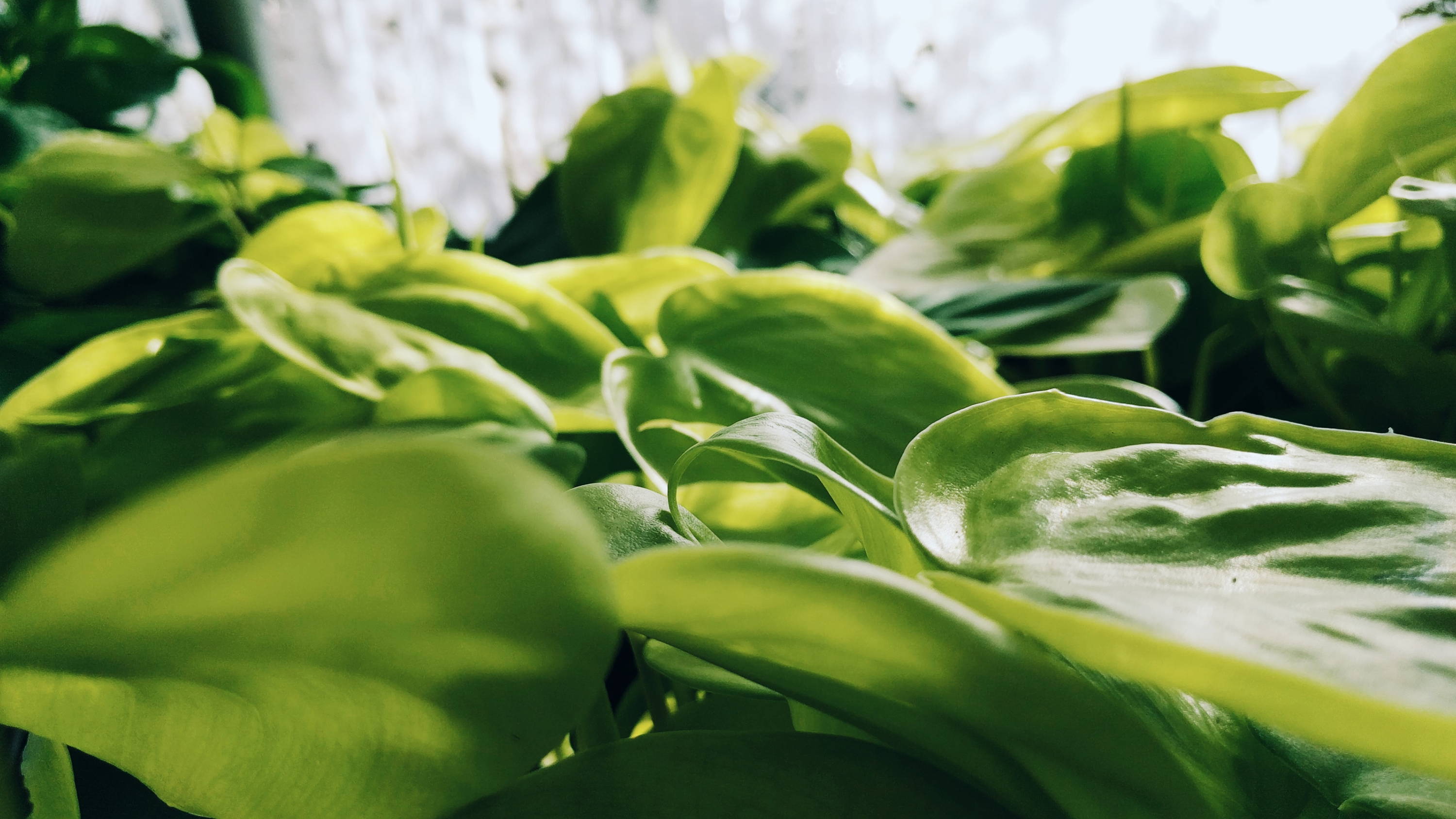 What are you looking for in a houseplant? Something that is easy to care for, or something with beautiful foliage and flowers? Maybe you're not sure what kind of plant would suit your needs. If so, this article might be just right for you! The philodendron rio is a popular type of plant that can fit any level of gardener because it's easy to grow and requires very little maintenance. In this article we will discuss the many benefits of owning a philodendron hederaceum "rio" or heartleaf philodendron.

Watch this video on how to repot philodendron rio

What is the philodendron rio?

The philodendron rio is native to the tropical rainforest in South America (southern Brazil) and is part of the subgenus meconostigma and vining philodendron species. It thrives when there's plenty of sunlight, humidity and heat. This plant requires very little water or fertilization but it will grow best if you provide it with all three periodically throughout the year. The philodendron rio prefers moist soil at most times of the year. In winter, you should let it dry out a bit so that it will be healthier in the long run.

The philodendron rio is perfect for people who are just starting to grow plants because they're not very particular about what type of conditions they require and can live well on less sunlight than most other types of plants. This plant is also a great option for people who don't have much time to spend caring for their plants--it's low maintenance!

The philodendron rio has beautiful, glossy leaves that add an aesthetic appeal to any home or office space. The flowers are small and cream splash yellow (or silver stripe) in color but they bloom several times throughout the year so you will never be without blooms on this houseplant. It's not just easy to care for; it's pretty too!

The philodendron rio is a great choice for any type of gardener. If you have kids or pets who are always running around the house, it's best to put this plant somewhere up high where they can't reach! It also has similar species that are close relatives such as philodendron brasil.

How to care for the philodendron rio?

The philodendron rio can be considered for all levels of plant care. Even though it’s not hard to care for, there are a couple things you should know before bringing one into your home. The philodendrons need indirect sunlight and temperatures between 60-75 degrees Fahrenheit in order to thrive. Temperatures that fall below this will cause the leaves to droop or curl up at their ends due to frostbite. If they get too much sun, the plant will become leggy because it craves cooler environments with lower light intensity than most houseplants do. Too little water on the other hand leads to brown patches appearing on the surfaces of its foliage as well as wilted and dry edges where new growth hasn’t been taking place. The soil should always be moist, but not wet or dry. When it comes to fertilizing the plant, you don’t need to do so unless new growth has stopped for an extended period of time.

The philodendron rio is a great houseplant for beginners because it isn’t hard to care for and responds well in most situations as long as they are given the right amount of indirect light and warmth indoors. They thrive best between 60-75 degrees Fahrenheit with lower light intensity than other types of plants making them perfect for windowsills that get direct sunlight all day long too! Because they like cooler environments with low amounts of humidity compared to what many indoor houseplants crave, they do well in living rooms and bedrooms.

Philodendrons are sensitive plants that don't like sudden changes in temperature or humidity levels. For this reason, it's best to avoid putting them near open windows where cold drafts can reach them on cool evenings. You also want to keep away from areas of your home with air conditioning vents which could dry out the leaves quickly. In general you should try and grow these indoors unless you have an enclosed porch area with natural light coming into it all day long so they can go outside when the weather is warm.

Philodendrons also need to be in a spot where they will get plenty of indirect light but not direct sunlight, which could lead to leaf burn and brown spots on the leaves. They are only able to handle about two hours of bright sun per day before you'll notice that it has an effect on their foliage, so again avoid putting them near open windows with strong western or southern exposure for long periods of time.

The philodendron rio can grow more quickly than other philodendra, so if you want your plant to stay nice and compact then provide good care (such as regular watering) at first until it starts growing taller than 12" high when pot bound because once this happens there's not much you can do unless you want to start repotting.

The philodendron rio is also a great plant for those of us who are forgetful and always seem to be forgetting to water our plants in time!

How often does the philodendron rio need watering? Pot-bound or hanging basket? No matter your level, this houseplant is perfect for just about everyone. It's super easy care with only needing watered once every two weeks or so during summer (less during winter). They don't like sudden changes in temperature though, so it's best if they're kept near doors that open outwards from where cold drafts might reach them on cool evenings. You should avoid direct sunlight as well since exposure could lead to leaf burn. If you want your plant to stay nice and compact, then provide good care at first until it starts growing taller than 12" high when pot-bound because once this happens there's not much you can do unless you start repotting the plant.

The following steps will show you how to care for your philodendron plant:

Does the philodendron rio require a lot of maintenance?

No, the philodendron rio is an easy care plant. In fact, it's one of the easiest plants to grow in a home environment! It has dark green leaves and can tolerate low light levels well. If you're looking for a houseplant that requires little work on your part, this could be perfect.

How often does the philodendron rio need to be watered?

The philodendron rio is a low-maintenance houseplant that can go up to two weeks without watering. If it starts to look a little droopy, however, then you should water the plant. The philodendron rio is a great plant for beginners. They love their moisture and will droop if they do not get enough water, but otherwise only need to be watered about once every two weeks in the summer (less during winter).

What are its most common problems?

The philodendron rio does not have many issues if given good potting mix and proper watering habits (water thoroughly but allow soil to dry out between watering). Occasionally they will need repotting or may suffer from root rot due to overwatering; however with regular maintenance these should not be major concerns.

How much sunlight does the philodendron rio require?

The philodendron rio requires indirect light. If you have an east-facing window, that is a great place to put it! Philodendrons are actually able to grow in either full sun or shady spots depending on the variety. However, they will need more water and may get leaf burn if placed in very hot conditions without sufficient air circulation. They should be positioned near windows with an eastern exposure for maximum likelihood of best results when placed indoors. If your plant has lost its leaves due to lack of sunlight, don't worry - new growth usually indicates that there's enough warmth and light even though the leaves might not look so healthy at first glance. Give it time before moving it back into direct sunlight again because too much exposure can be harmful to the plant.

How long can a philodendron rio live?

Philodendrons are one of the most durable plants in our houseplant inventory. They can live decades with proper care and maintenance!

How do you identify a philodendron rio?

Philodendron rio are one of the most popular types. Philodendrons actually come in many varieties, which all have different characteristics and names. These plants grow as vines and can reach heights from three to fifteen feet tall! They also flower depending on their variety (e.g., a "hearty" philodendron will produce flowers at its stem). The Rio is known for being green with yellow stripes or leaves that turn orange when they get older; it's especially common among those looking for an easy-to-maintain house plant because it thrives without much attention needed. With this particular type, you should be able to identify them by examining their tips: the leaves end abruptly with no leaf structure behind or they are twisted like a corkscrew.

What is the difference between pothos and philodendron?

Pothos is a vine, whereas philodendron can be an upright shrub. The majority of the plants are also tropicals and require warmth to thrive. Philodendrons will grow up to six feet tall as well; they have large leaves that come in many types such as sagelike or heart-shaped for example. Pothoses on the other hand usually only reach about two feet at their max height—they do not need much light because they like high humidity environments with moist soil especially around water sources.

What is the most rare philodendron?

The most rare philodendron is the Philodendron rex. This rare plant is a Brazilian species that can be found only in Brazil and it grows on trees, rocks, or other plants. It has a brownish green color which looks like mossy tree bark from afar but when you get close to it you can see that there are actually big hair-like spines all over the leaves!

No, they are not; they are related species, but two different types of philodendron varieties. Philodendron rio is a beautiful plant with simple features and green leaves that grow to about 30 inches tall. It requires low light conditions but will do well in office settings or other environments where the air has been artificially conditioned using an HVAC system.

In contrast, philodendron brasil also grows to around 30 inches high, but it can tolerate more sunlight than its counterpart since it produces thicker leaves which reflect some of the sun’s rays away from the leaf surface area (instead of absorbing them). This makes Philodendron brasil a good houseplant for home owners who want their plants near windows and living rooms with plenty of natural daylight.

The philodendrons identified as rio or brasil plant are two different plants with a range of characteristics that make them suitable for various levels of indoor gardening, depending on the needs and preferences of the gardener.

Philodendron is the second largest genus of Araceae and is highly diverse in the Atlantic Forest biome with a large portion occurring in the Rio de Janeiro state and a new species, philodendron luisae, found in the Silva Jardim municipality.

Final thoughts on the philodendron rio

Hope you enjoyed this article about the philodendron rio!

Looking for more on Philodendron Rio and other similar content? Try these:

How to Reheat Pizza in an Air Fryer