Sashimi: What Is It and How Does It Differ from Sushi? 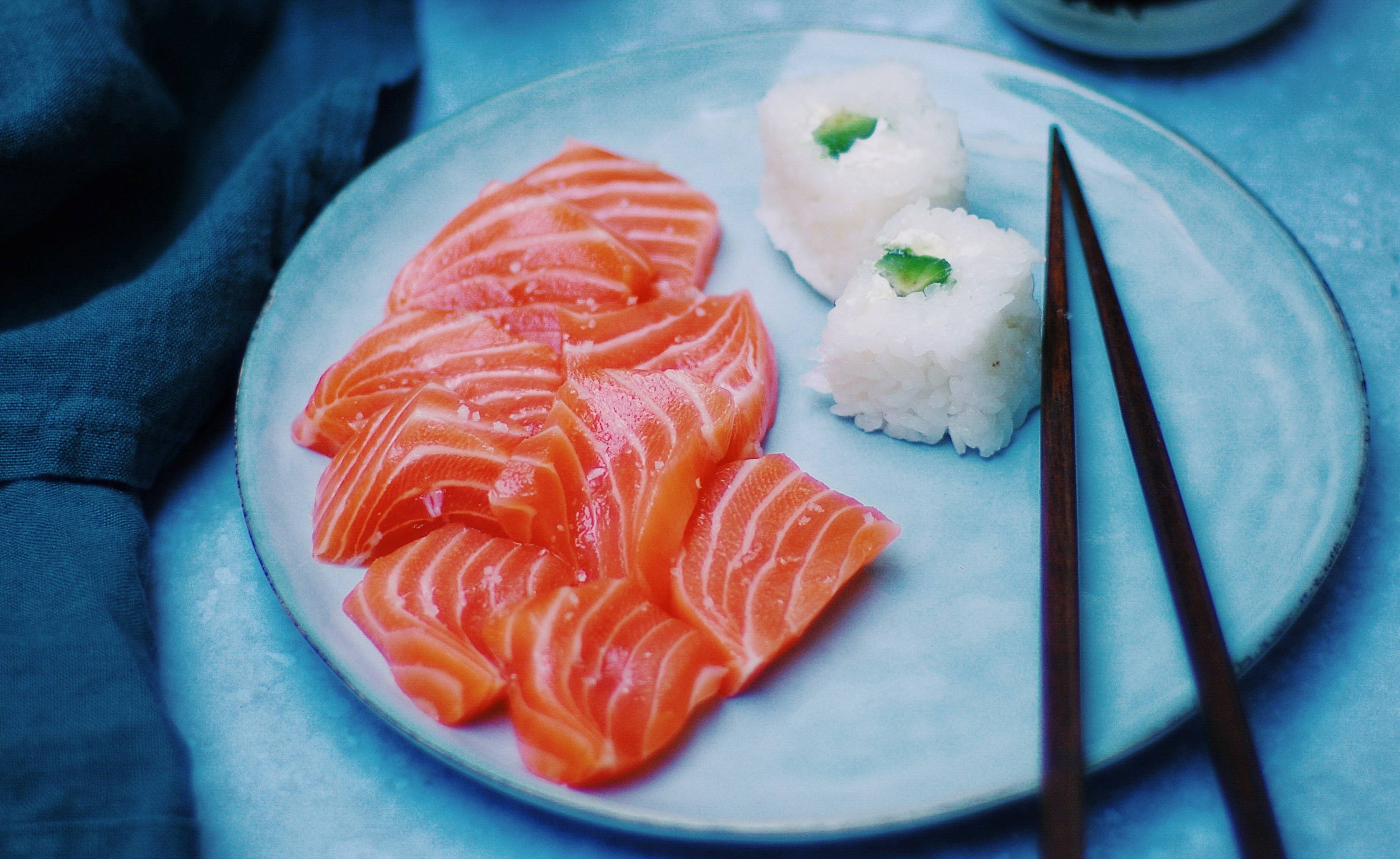 Sashimi is a Japanese dish that consists of thinly sliced raw fish. It differs from sushi in that it does not usually contain rice. The word "sashimi" means "pierced body." This refers to the traditional technique used during preparation where one person will prepare food while others line up with pointed knives called sasori-biki which are stabbed into the fish. Sashimi originated in Japan but can be found all around the world nowadays, including the United States!

Watch this video on sashimi preparation in Osaka, Japan!

Sashimi is a dish in Japanese cuisine made from fresh raw fish and sliced into thin pieces. The fish can be served as-is, with soy sauce or in other flavorful dipping sauce like ponzu or wasabi mayo to spice it up. It's typically cut into two inch strips across the grain of the meat for ease of eating.

The word sashimi actually means "pierced body" which could refer to how sushi chefs traditionally prepare this dish by quickly slicing through slabs of yellowtail tuna, white tuna, raw salmon, mackerels or any type of fresh fish using sharp knives so that they don't have time to release their oils onto hands - though some people say that this process still makes them feel squeamish!

Sashimi (like salmon sashimi) is often served as an appetizer in Japanese meals. It's also common to serve it at parties or banquets where a variety of dishes are available for guests to choose from.

In Japan, children might eat this dish for lunch and dinner - it's not unheard of even for kids under five years old to enjoy raw seafood without any hesitation. But what about outside of Asia? People tend to be more cautious when they're unfamiliar with certain foods due to raw food poisoning or foodborne illness concerns (we can't blame them), so introducing people who've never eaten sushi before may take a little more work.

The main difference between sushi and sashimi dishes is the rice versus no-rice aspect of it, but there's also a distinction in preparation style - typically, when people think of a sushi roll (like a California roll or spicy tuna roll) they imagine raw fish as the main ingredient served on top of small bits of vinegared rice which has been pressed together to form a compact layer atop its bedding, whereas sashimi is just the raw fish.

When you order sashimi outside of Japan, the presentation can vary hugely: some restaurants will offer seafood platters where nothing was cut at all! There's also a 'combo platter' that's similar to what you'd order at an American sushi restaurant.

What is the difference between sashimi and sushi?

Sushi refers to any dish that contains vinegared rice, which can be topped with raw fish or other types of seafoods, as well as vegetables such as cucumber (kappa), avocado (fujikko) or pickled okra. It also might contain egg custard (inago). Sesame seed and green onions are often served on the side. The vinegar in sushi helps prevent spoilage by inhibiting bacteria growth on the surface of fresh food - this includes both cooked ingredients like eggs or tuna nigiri, but it primarily applies to thinly cut pieces of raw fish served over rice since these are eaten without being cooked.

Sushi can be found in a variety of forms, including nigiri (fish pressed on top of rice), chirashi zushi (chopped raw fish or other ingredients over sushi rice) and maki (slices of vegetables rolled up on the outside with filling inside). Moulded varieties are also popular - consider things like bento boxes for lunchtime, which pack foods into tiny containers that include a main dish along with all kinds of goodies ranging from pickles to seaweed salad. Miso soup is generally served on the side.

The word sashimi may have been coined by chefs who wanted to give patrons an option not served at their restaurant: it's another type of "pierced body" dish consisting only slicing through raw fish, not including rice.

Sashimi doesn't have any vinegar-rice mixture; instead it's only simple raw fish served without seasoning and sliced thinly across the grain. It also contains no egg custard (inago). There are many forms of both dishes which differ based on how they're prepared as well as if there are additional toppings added such as avocado or pickled okra. Sashimi is served in a single portion, whereas a sushi dish might be found as individual pieces or even in entire bowls with multiple toppings.

How to make sashimi 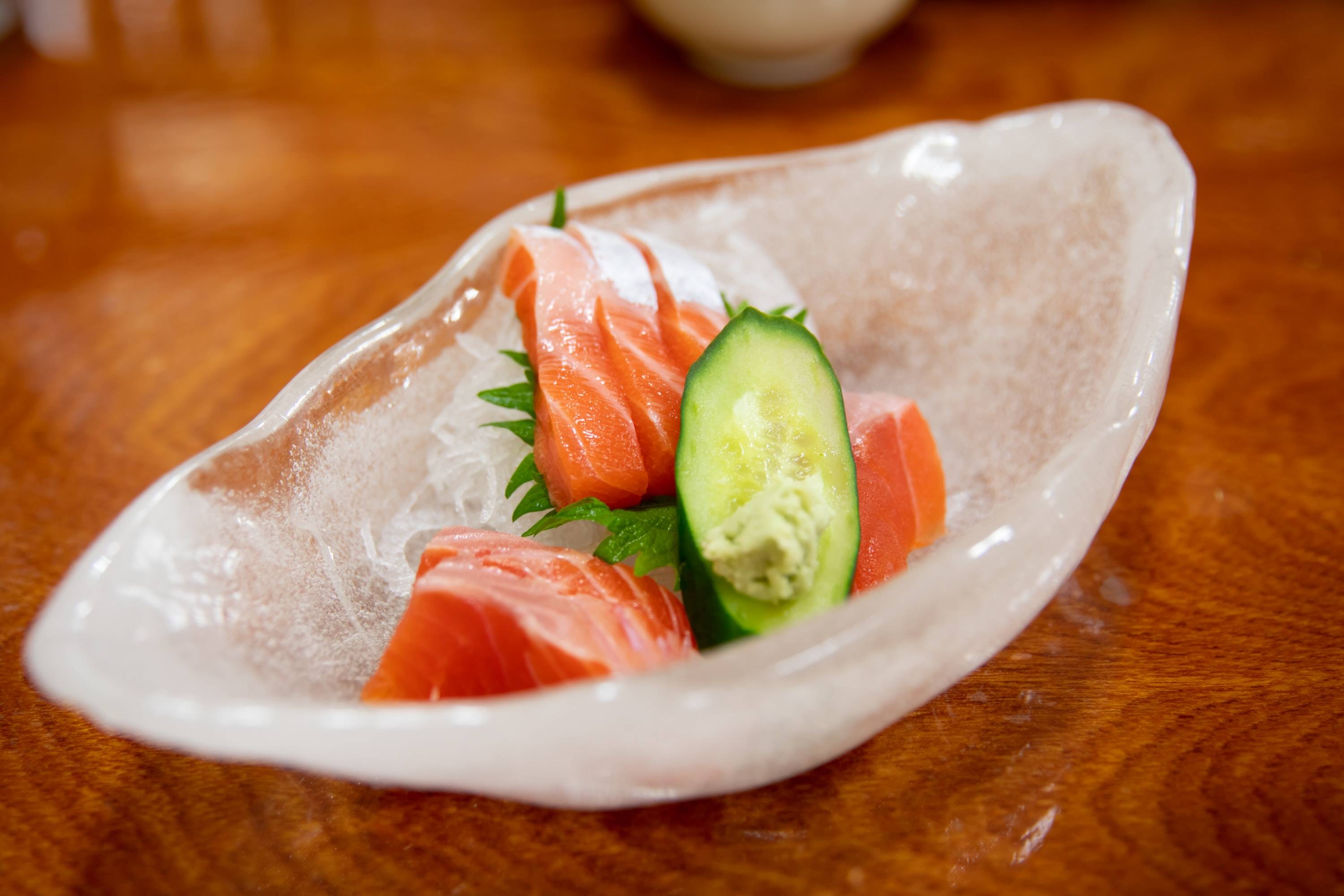 Hope you enjoyed this article on sashimi!

Looking for more on Sashimi and other similar content? Try these: